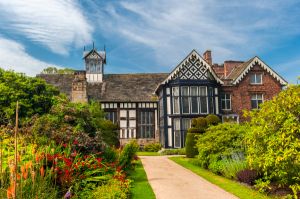 Rufford Hall is a superb timber-framed 16th-century manor house, reckoned by the National Trust to be one of the finest Tudor buildings in Lancashire. At the core of the house is the great hall, which features a hammer-beam roof and an ornately carved wooden screen. A young William Shakespeare is thought to have performed in the great hall for the entertainment of Sir Thomas Hesketh, the owner of Rufford Hall.

Rufford Old Hall houses a nationally significant collection of arms and armour and is furnished with Tudor furniture and tapestries.

The gardens surrounding the house feature intriguing topiary designs, and there are walking trails to enjoy. There are regular events throughout the year, including open-air concerts and theatre, and a Victorian Christmas fair.

The Hall was built in the late 15th century by Thomas Hesketh, owner of the estate from 1491. The 16th century saw the addition of two wings, so that the Hall described three sides of a quadrangle. The west wing, which housed the family apartments, is completely gone. The east wing was rebuilt in the 17th century.

However, the original 15th century Great Hall still stands, almost unaltered offering an excellent example of late medieval architecture. The Great Hall is 46.5 feet long by 22.5 feet wide. In the compass window of the hall is a section of stained glass dated to 1484, depicting the arms of Thomas, 2nd Baron Stanley, later the 1st Earl of Derby.

The Hall was abandoned as a house in 1798, after the New Hall was built nearby, and was leased for a time by a tenant farmer, and the banqueting hall was used by the local school. In 1821 it was restored by a member of the Hesketh family. 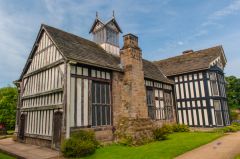 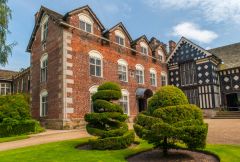 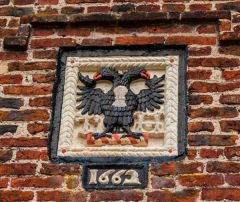 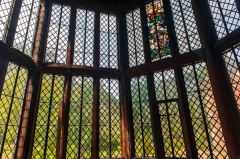 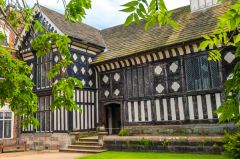 More self catering near Rufford Hall >>