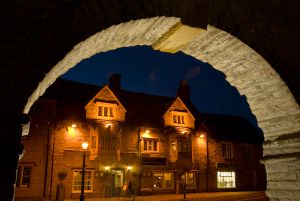 Known as the Ancient Royal Town of Wessex, Somerton is an ancient market town set upon a hilltop high above the surrounding countryside. Somerton dates back to the Roman period, when there were a number of villas in the region, but was not until the Roman's departed that the town really began to prosper.

The West Saxons moved in after the Romans moved out, and the Saxons destroyed most of the Roman villas. Somerton became a possession of the kings of Wessex, and it eventually became their capital.

At the centre of the town is a delightful market square, with an arched medieval buttercross facing The White Horse Inn, an old coaching inn dating to the 15th century. Also on the square is the old town hall, almshouses, and the courthouse (now a display area for local craftspeople).

A number of the buildings around the square are illuminated at night, including the buttercross, the inn, and the striking war memorial, so if you get a chance to stroll around the market square in the evening, do take it - it is quite a sight!

Nearby is the parish church of St Michael and All Angels, which dates to the 13th century. The timber roof is wonderful, and there are a number of quite beautiful carved wooden figures decorating the interior.

Somerton is well positioned for access to a number of local attractions, including Glastonbury Abbey and Tor, Lytes Cary manor house, Montacute House, and Stourhead, to name but a few. It is a lovely old town and a very enjoyable place to visit.

About Somerton
Address: Somerton, Somerset, England
Attraction Type: Town
Location: At the junction of the B3153, B3151, and B3165. Free parking in the town centre.
Location map
Somerton Photos
OS: ST485285
Photo Credit: David Ross and Britain Express

More self catering near Somerton >>

More bed and breakfasts near Somerton >> 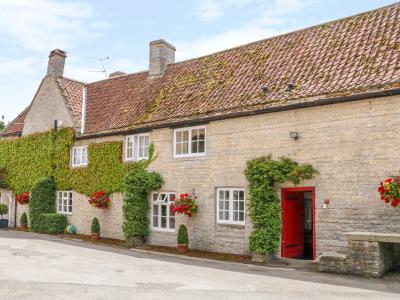 This superb annexe rests in Kingweston, near Somerton, in Somerset and can sleep two people in one bedroom.
Sleeps 2 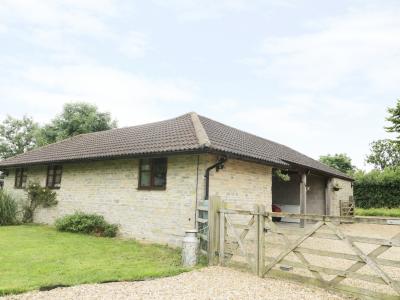 This stone-built cottage is in the town of Somerton in Somerset and can sleep two people in one bedroom.
Sleeps 2