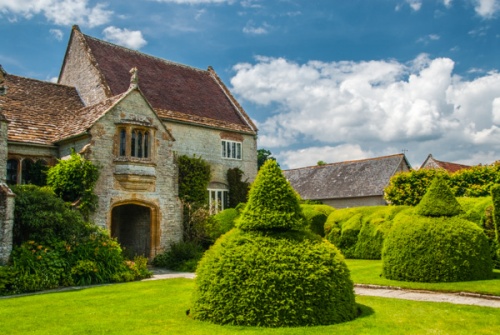 Lytes Cary is a picturesque 15th-century manor set in a glorious garden. The manor was the birthplace and home of the Elizabethan herbalist Henry Lyte, whose 1578 compendium 'Lyte's Herbal' was one of the most influential books on the natural world ever printed. The borders of the garden that surround the house are based on the illustrations of Lytes Herbal.

Lyte did not write his herbal, though the book bears his name. Rather, he translated an existing French book, which was itself a translation of a 1564 book called 'Cruydeboeck', by Rembert Dodoens of Antwerp.

Lyte's translation, with some additional woodcut illustrations, was called 'A niewe Herball or Historie of Plantes', or simply, the 'Niewe Herball'. It was essentially a book of medicinal remedies based on plants and herbs, and you can see an original copy of the book on display inside the house.

The book was dedicated to Elizabeth I, as was Lyte's second literary effort, a 1588 volume entitled 'The Light of Britayne; a Recorde of the honorable Originall and Antiquitie of Britaine'. This work attempted to trace the origins of the British people by rather fanciful genealogy back to the mythical king Brutus of Troy. 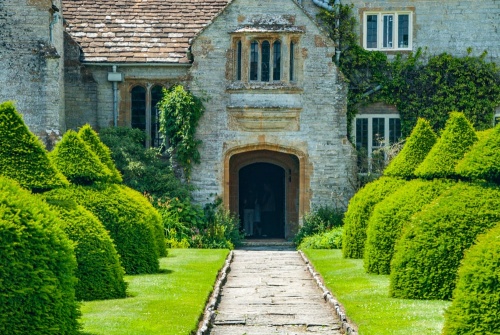 Topiary lines the path to the entrance

Henry's heir was Thomas Lyte, who was fascinated by genealogy and created a frieze of family arms which you can see in the chapel. Lyte was keen to show the Lyte links to famous and prestigious families such as the Howards of Norfolk and the Earl of Westmorland. The panel is a fascinating study in family pride and pretension.

The Lyte family owned the estate from the 13th century. The first Lyte we know of was William de Lyte, who was a tenant on the estate in 1286. Around 1343 William's grandson Peter built the lovely little chapel beside the house. This was intended as a chantry, a place where prayers could be said for the souls of family members, usually by one or more resident priests.

In the 1460s Thomas Lyte built the Great Hall, and major additions were made in the 16th century. The Lyte family fell on hard times in the 18th century and had to sell the estate in 1755. It was used by a succession of tenant farmers throughout the 19th century.

By the turn of the century, the medieval hall was being used as a cider press, a carpenter's workshop occupied the Little Parlour, and the Great Parlour was used to store farm tools. In 1907 the house was purchased by Sir Walter Jenner and lovingly restored in 17th-century style. Jenner added the west wing and created the gardens that surround the medieval house. 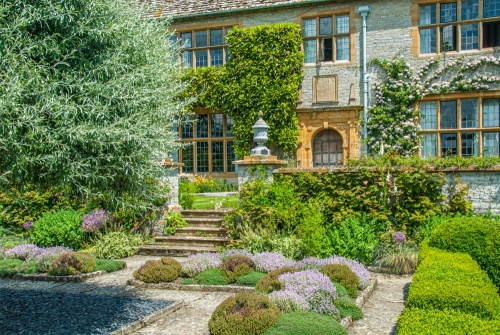 Formal gardens behind the house

The house is shown to visitors as it was at the time of Jenner's residence here in the early 20th century. One of the highlights is the plasterwork ceiling in the Great Chamber, depicting coats of arms of the Lyte and Horsey families, and the royal arms of Henry VIII. John Lyte married Edith Horsey in 1520 and their arms appear several places around the house, including over the large bay windows on the south face of the house.

There is lovely 16th-century heraldic glass in the Hall. The glass is original to the manor but was originally in the Parlour and Chapel. when the Lytes sold the house in 1755 they removed the glass. It was donated back to the house in the early 20th century by a descendant, Sir Henry Maxwell-Lyte. There is beautifully rich wooden panelling throughout, and woodwork from a London church designed by Sir Christopher Wren. 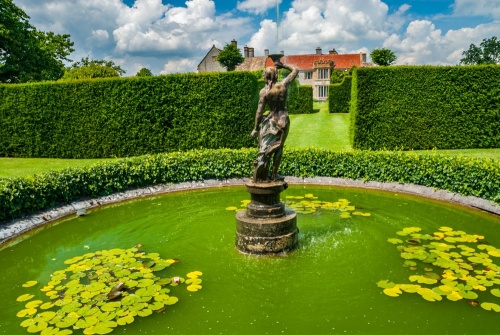 As fascinating as the manor house is, many people come to Lytes Cary simply to enjoy the gardens. Aside from the herbal planting based on Henry Lyte's work, the garden is famed for its topiary, trimmed to create unique garden rooms. Further from the house, you can take waymarked walks along the River Cary (it's a delight in summer as I can attest!).

I've had the pleasure of visiting Lytes Cary twice - once in a torrential downpour, and the second time on a lovely summer's day. The house is a delight; the restoration by Jenner has created a welcoming atmosphere where you really get a sense of the history of the house and families that lived there.

The gardens are just as memorable as the house. I'd call them easily the equal of more famous Arts and Crafts style gardens like Hidcote, and of course, you have the added interest of plantings made according to Henry Lyte's herbal. Lyte's Cary is a must-see; one of my favourite historic places in Somerset. 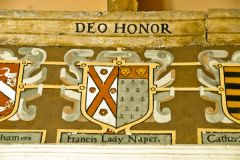 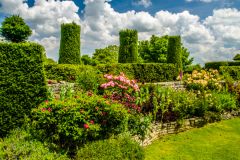