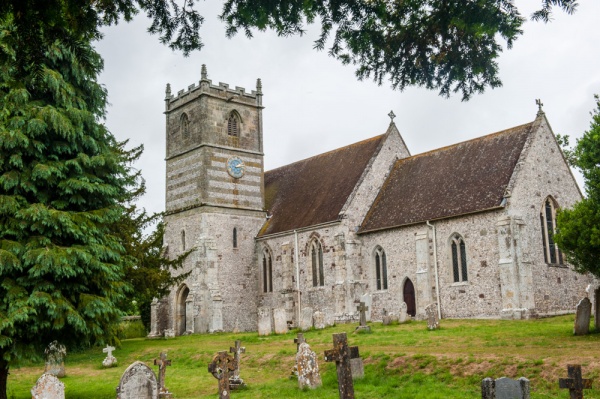 There are three Gussage villages, and the church at All Saints is the largest of them all. Much of the building is 14th and 15th century, restored in the Victorian period. The font, however, is Norman, and the 18th-century organ came from Westminster Abbey where it was used for choir practice.

The first record of a vicar comes from 1347 and the parish registers begin in 1560. The chancel arch was installed in the 19th century by the architect John Hicks, whose pupil was an aspiring architect named Thomas Hardy. Hardy, of course, would go on to lasting fame as a novelist.

The church is built of flint, dressed with stone, and the tower is decorated with alternating bands of stone and flint. Unusually, the belfry is reached through an external door at the base of the tower, giving access to a spiral stair. In the belfry is a ring of five bells, three of which predate the Reformation.

On the floor of the nave are a pair of brass memorial inscriptions, one to Isabella Whitwood (d. 1508), and the other to Richard Lane (d. 1574).

Against the north wall is an intriguing niche, decorated with ogee and ball-flower carvings. There is a dispute over the purpose of this niche; according to Sir Owen Morshead, founder of the Dorset Historic Churches Trust, it is an Easter Sepulchre, a rare medieval survivor in English churches. If true, it would be only the second in Dorset (the other being at Tarrant Hinton).

This seems unlikely, however, especially in light of the fact that a skeleton was found in the niche during Victorian restoration work, suggesting that it was always intended as a tomb. 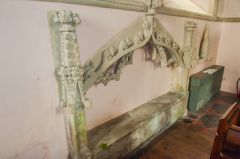 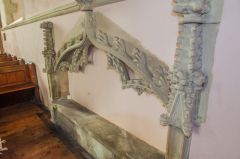 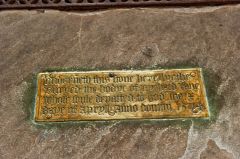 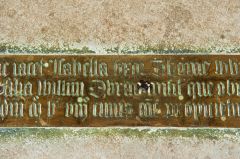 More self catering near Gussage All Saints Church >>

More bed and breakfasts near Gussage All Saints Church >>