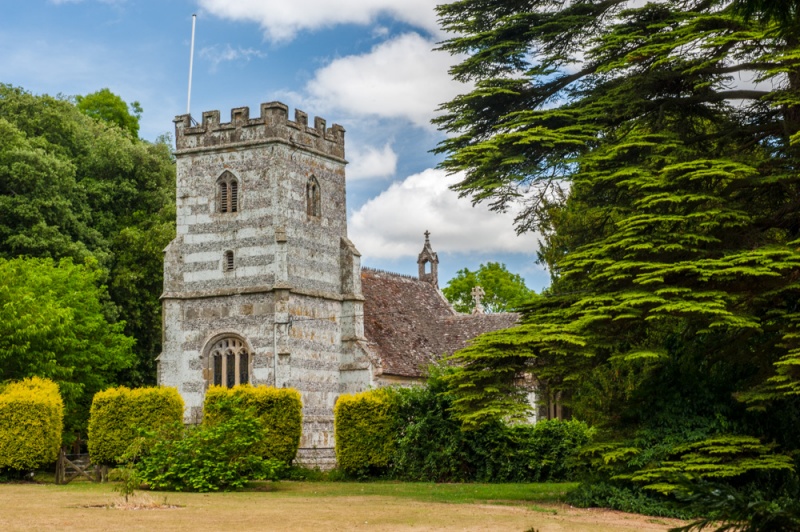 Chettle is an estate village on the edge of Cranborne Chase, north of Blandford Forum. The pretty church of St Mary stands beside the beautiful Queen Anne stately home of Chettle House.

The church layout is composed of a nave, chancel, north vestry, south organ chamber and west tower. The tower houses a ring of three bells, cast in Salisbury in 1350.

The material is banded ashlar and flint, under tile roofs. The oldest part of the church dates to the early 16th century, but the remainder dates from a comprehensive rebuilding in 1849 by Edward Castleton of Chettle House. The Victorian architects seem to have been unsure which traditional style they wanted, and created a mix of Decorated and Perpendicular Gothic.

The nave roof is an unusual scissor-truss with arch bracing, supported on carved head corbels. The stone pulpit is Victorian, decorated with blind tracery. The chancel floor is laid with encaustic tiles, and the octagonal font is also part of the 19th-century rebuilding. 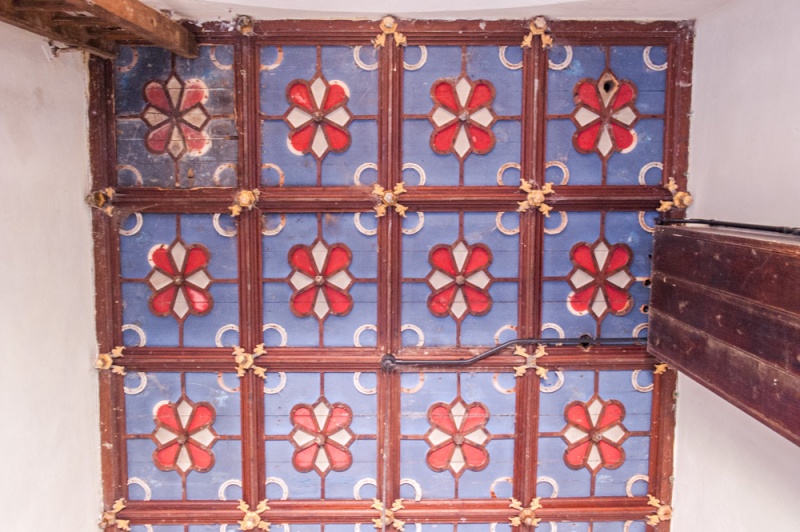 In the chancel are a pair of beautifully carved oak chairs dating to the 17th century, reassembled in the Victorian period. There are also two early 17th-century coffin stools. The pavement under the tower and in the nave is said to come from the old church and was made around 1710.

In the churchyard are several interesting 18th-century graves including one to Henry Newman (d. 1717). Also in the churchyard is an ancient yew tree with a hollow trunk. It isn't clear how old the yew is, but some churchyard yews are thought to be as much as 4000 years old.

Thankfully the Victorian architects retained several interesting historic monuments from the earlier church. Among these is a lovely wall monument to Thomas (d. 1691) and Ann Chaffin (d. 1705) and another to their descendants George and Elizabeth Chaffin (1766). George Chaffin served as an MP and Ranger of Cranborne Chase, and was responsible for building the current Chettle House. He was once famously challenged to a duel by a fellow MP.

St Mary's is a lovely church, set in an idyllic estate village. I came to Chettle to visit the house (in the days when it was still open to the public) and had a few minutes to explore the church before the house opened. I was glad I had the time, for the 17th and 18th-century memorial are extremely good, and the setting is beautiful. 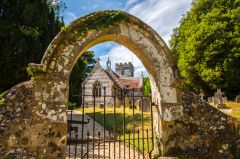 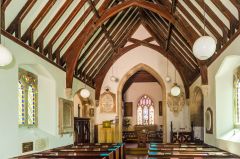 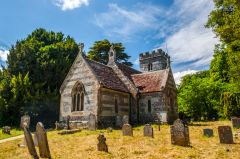 More self catering near Chettle

More bed and breakfasts near Chettle