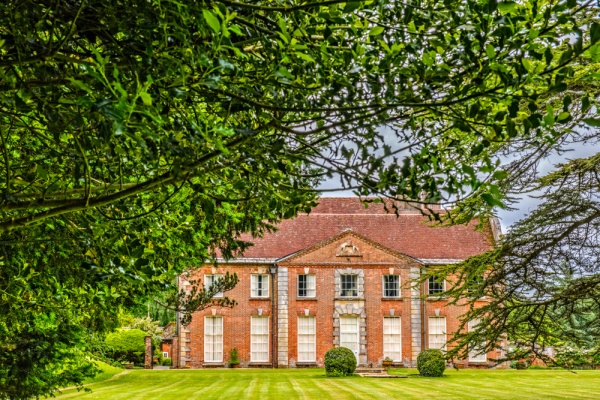 Edmondsham House is an elegant Tudor manor with Georgian additions standing in over 6 acres of lovely gardens featuring rare trees and colourful spring bulbs. The house was built in 1598 for Thomas Hussey, using locally-made bricks to create a striking Dutch-style residence. 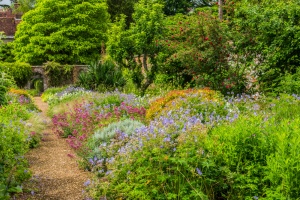 The walled garden in summer

We do not know when the first house was built at Edmonsham, but there are family deeds dating back to 1392. The central, Tudor, block is 5 bays wide and stands three-storeys high. The interiors feature a pair of beautifully carved 17th-century staircases, and mostly 19th-century decoration.

The house stands 3 storeys high, with a cellar. The central block is the original 16th-century house, built in a symmetrical style with a 5 bay facade. The central porch is topped by a stone cartouche bearing the coat of arms of the Hussey family.

Beside the house is a walled kitchen garden built in the 17th century. The garden walls are 18th century, built of cob and brick and have bee partially restored. Nearby are a Victorian stable block and a dairy from the same period. Of particular interest is a grassy hollow thought to have been used as a cockpit in the medieval period. Woodland walks run through the grounds and past a series of unusual topiary sculptures by the drive.

The gardens feature wide lawns, with a mix of specimen trees and flowering shrubs creating vivid spring colours. In summer the long herbaceous border is at its best, as are the flowers in the Dower House garden. Look for the recently restored sunken greenhouse.

Edmondsham is very much a family home; the house has been owned by the same family for over 400 years, and house tours are led by a member of the family.

Near the house is the 12th-century parish church of St Nicholas, almost entirely rebuilt in the Victorian period. The main features of historic interest are the grave slabs to the Hussey and Fry families, which have been placed upright around the walls.

I've been fortunate enough to visit Edmondsham twice. It really is a beautiful historic building, and the gardens, though small, are extremely enjoyable to explore. I had a lovely chat with the owner, who was doing some work in the walled garden, and he encouraged me to explore the grounds and poke my nose anywhere I pleased. It was such a relaxed atmosphere that I felt right at home. 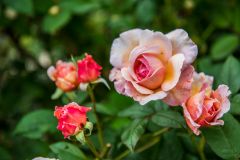 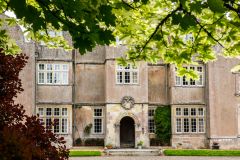 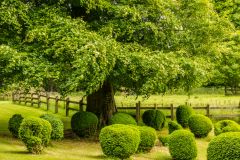 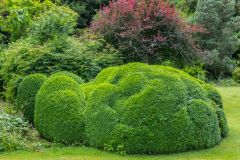 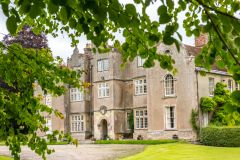 More self catering near Edmondsham House and Gardens >>

More bed and breakfasts near Edmondsham House and Gardens >>