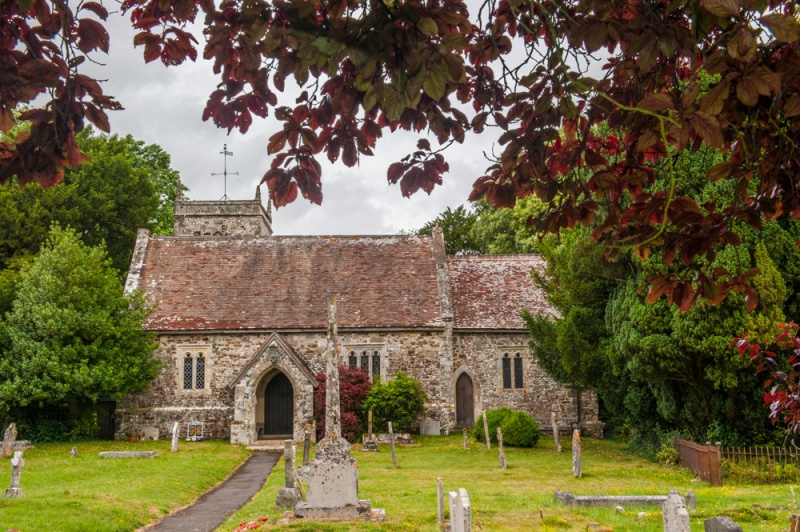 In the grounds of Edmondsham House, a picturesque Tudor manor, stands the little church of St Nicholas, shielded by tall trees and approached by a footpath off the main drive to the manor.

The church dates to the 12th century, but most of the medieval features were either swept away of 'rearranged' during an enthusiastic restoration in 1863. The family vault of the Hussey's, medieval lords of the manor, was covered over, the Norman font removed, and a 12th-century arch pulled down. Tudor and 17th-century grave slabs to the Hussey and Fry families were taken up and placed against the walls.

Nevertheless, enough remains from the medieval building to make St Nicholas a very satisfying church to visit, especially considering its wonderful location within view of the manor house.

Among the medieval features to survive is the north chancel arch and the nave arcade of two bays, set upon square stone pillars. The sturdy north-west tower dates to the 15th century and is built from local greensand and flint. In the tower are three bells, the oldest cast in 1626. Set into the north wall of the aisle is a round-headed window made around AD 1100. The east window in the south wall is 15th century, though heavily restored. 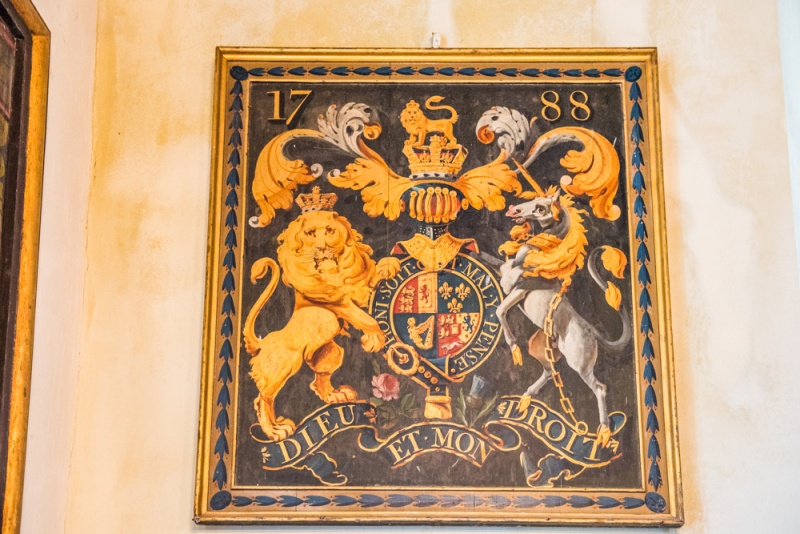 Other interesting historic features include a 17th-century oak chest, and a coffin-stool of the same date. The font is 18th century, with a conical wooden cover topped by a ball finial.

On the wall is a painted royal coat of arms to George III dated 1788, and an early 19th century Decalogue on two panels. In the north aisle wall is a finely carved 15th-century niche head.

By the north door is a list of rectors dating to the 14th century. The north door is the original church entrance; the south door and porch were only added in the Victorian period when the nearby road was diverted so that it no longer passed directly in front of Edmondsham House.

Look for a 1675 table tomb to John Willis in the churchyard.

We came to Edmondsham to visit the gardens of Edmondsham House, unaware that there was a medieval church in the grounds. What a delightful discovery! St Nicholas is a beautiful little church, in a very pretty location, and well worth a visit, especially if you can time it for a day when the historic gardens are open. 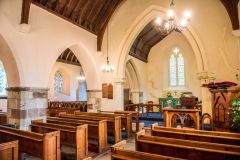 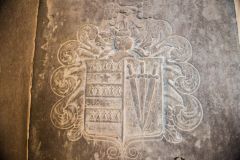 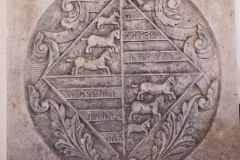 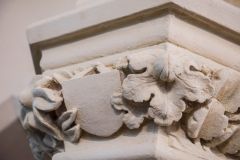 More self catering near Edmondsham

More bed and breakfasts near Edmondsham