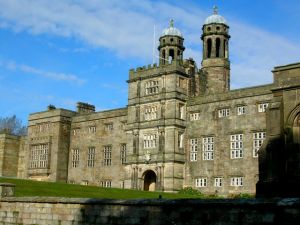 Stonyhurst College
Stonyhurst is an Elizabethan mansion, featuring a variety of historic rooms, including chapels, school-rooms, a library, apartments, and dormitories. Stonyhurst is now run as a Jesuit boarding school, with admission to the house and gardens primarily during the summer months when school is out.

Guided tours are available, as are group bookings. One of the more unusual items you will see on a tour is the table upon which Oliver Cromwell is said to have slept on the eve of the Battle of Preston.

A further historic association is provided in the garden, where the Dark Walk is thought to have provided Sir Arthur Conan Doyle with the inspiration for the murder of Sir Henry Baskerville in his novel, The Hound of the Baskervilles.

Stonyhurst College came to Lancashire from St Omer in France in 1794, settling in the estate given to the College by a former pupil. This Grade-I listed mansion is one of the largest buildings under a single roof in all Europe. Indeed, when you view the house it is hard to believe that it is indeed but a single building.

More self catering near Stonyhurst College >> 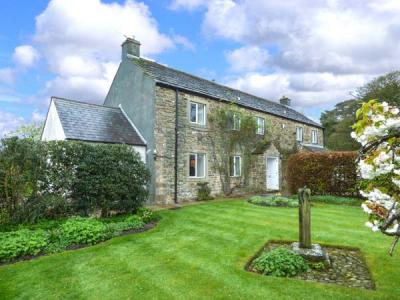 A magnificent, detached stone farmhouse in Bashall Eaves, four miles from Clitheroe in the Ribble Valley, with three bedrooms and a sofa bed accommodating up to seven people.
Sleeps 7 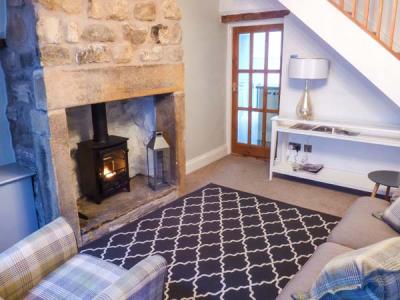 This lovely stone-built terraced cottage is situated in the village of Waddington near Clitheroe and sleeps three people in two bedrooms.
Sleeps 3