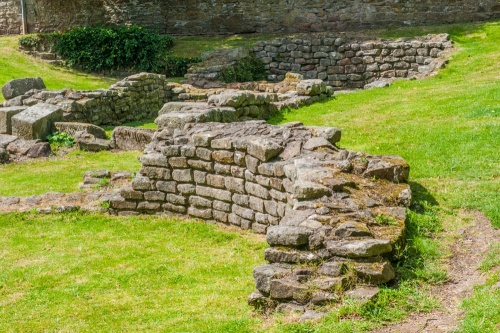 The Roman fort at Ribchester (Bremetennacum Veteranorum) was established during the first phase of Roman occupation of Britain, some time in the early 70s AD. The fort was built at a river crossing over the Ribble, at a point where Roman roads from Chester, York, and Carlisle converged.

This early fort was part of a network of similar forts across the north of Britain and was manned by a troop of cavalry from Spain. It was a simple affair, constructed of turf and timber, but was rebuilt in stone sometime in the middle of the 1st century. Later in that century, the Spanish cavalry was replaced by a Samaritan cavalry troop from Eastern Europe.

Initially, the Ribchester settlement was nothing but a cavalry fort, but over time a vicus, or civilian settlement, grew up around the military fort. The vicus grew to occupy a site roughly similar to the modern village. By the late 1st century Ribchester became the administrative centre for the region. There were workshops, townhouses, shops, bath houses, and at least two temples.

The heyday of Ribchester seems to have been the 2nd century, but the site was occupied well into the 4th century. 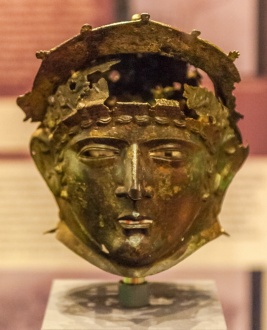 The most famous find at Ribchester was not the result of an archaeological investigation but was discovered accidentally in 1796 by a clogmaker's son playing behind his house.

The boy unearthed the so-called Ribchester Horde, a cache of cavalry gear and other military metal items stashed in a wooden box beneath the floor of a barrack chamber. The Horde was probably placed in the box about AD 120 and may represent the private belongings of a single soldier.

The most impressive item in the Ribchester Horde was a decorative vizor helmet, of a type worn in cavalry sporting events. Think of it as a fancy dress helmet for a Roman cavalryman.

The first proper excavations of Bremetennacum Veteranorum took place in the 19th century, and subsequent investigations have been carried out at regular intervals since.

As finds accumulated, it made sense to establish a museum to preserve and display them to visitors. This was done in 1915 when the Ribchester Museum of Roman Antiquities opened its doors. The original museum was expanded several times, most recently in 2001, to create a modern visitor centre and exhibition area.

Finds include objects found at the Roman fort as well as prehistoric objects discovered in the area. In recent years the museum has sponsored a yearly Roman re-enactment day each July, featuring demonstrations of Roman daily life and military engagements. Just across from the museum is the parish church of St Wilfrid's, which incorporates stones from the fort into its fabric. 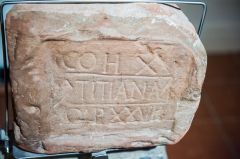 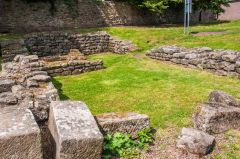 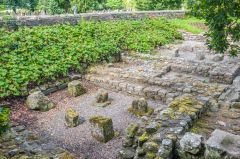 More self catering near Ribchester Roman Museum and Fort >>

More bed and breakfasts near Ribchester Roman Museum and Fort >> 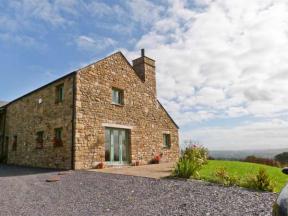 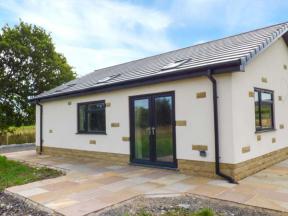 This outstanding, detached bungalow is set next to the owners home but in its own grounds with a private drive and land in the small hamlet of Clayton Le Dale, …
Sleeps 4