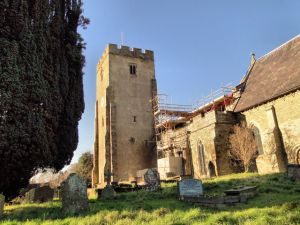 Leintwardine, St Mary Magdalene Church
One of the larger parish churches in the Wigmore district of north Herefordshire, Leintwardine's parish church retains parts of its Saxon foundations. The church was rebuilt in the Norman period, and again in the 13th century. It is this 13th-century church that provides the basis for the lovely historic building we can see today.

The history of the site predates even the Saxon foundation of the church, however. St Mary Magdalene is built on a section of the vallum (defensive ditch) of the Roman settlement of Bravonium. The Roman underpinnings have resulted in the chancel of the church being raised above the level of the nave.

The Lady Chapel was originally a chantry built by Roger de Mortimer, lover of Queen Isabella and de facto ruler of England after the pair deposed Isabella's husband, Edward II. Mortimer built the chantry as a place for prayers to be said for the souls of himself, his wife, Isabella, and Edward. It didn't stop Edward from having Mortimer executed when he took the throne for himself.

Within St Mary Magdalene church are a collection of fine choir stalls, misericords, and benches salvaged from Wigmore Abbey after the abbey was dissolved by Henry VIII. There is also a rather grandiose monument to General Sir Banestre Tarleton, who fought in the American War of Independence. 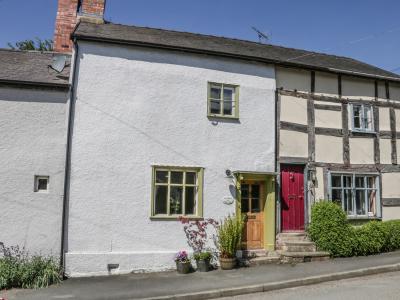 This Grade II listed cottage sits in the village of Leintwardine in Herefordshire and can sleep three or four people in two bedrooms.
Sleeps 3