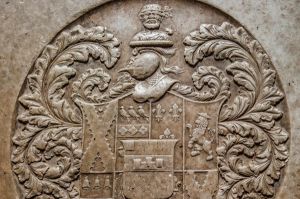 Richards Castle, St Bartholomew Church
A 12th-century church in a magnificent setting in the Welsh Marches. The church stands near the 11th-century castle that gave its name to the village. Near the east end of the church is a large detached bell tower. The tower dates to the 14th century and was possibly built as part of the castle defences.

The 'Richard' in question was Richard fitz Scrob, a Norman living in England before the Norman Conquest. Scrob was one of several Norman lords who became favourites of Edward the Confessor during Edwards upbringing in France.

When Edward became king in 1042 he gave large English estates to many of his Norman friends, including Scrob. Around 1050 Scrob built a simple motte and bailey fortification here, one of the earliest Norman castles in the country and one of only four that King Edward allowed to be built during his reign.

The new castle, and others at Hereford and Ewyas Harold, alarmed the inhabitants, who united in opposition to the Norman presence under Earl Godwin of Wessex, father of the future King Harold. Godwin demanded that Richard's Castle be surrendered, but King Edward refused and exiled the Earl temporarily. 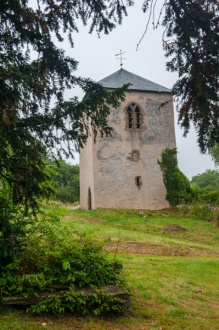 A settlement quickly grew up around the castle, and by the time of the Domesday Book in 1086 the settlement had become an established borough. After the Norman Conquest, William I gave the castle to one of his most powerful barons, William fitz Osbern. Like much of the Welsh Marches, Richard's Castle fell into the hands of the powerful Mortimer family, though after 1537 it passed to the crown.

Henry VIII granted it to the Earl of Warwick, and through him, the manor passed through the Heath, Cornewall, and Bradshaw families until it passed in time to the Salwey family, who held it for the next 400 years.

The most famous Salwey was probably Major Richard Salwey, a Parliamentary commander in the Civil War. Major Salwey opposed plans to execute King Charles, and once, when left alone with Oliver Cromwell, drew his sword and threatened that Cromwell would not leave the room alive unless he agreed to spare the king.

The borough never really grew to any importance, and over time it dwindled to become a village backwater, with the village stretching away to the west of the castle and church. In 1892 a new church was built at Batchcott, across the Shropshire border, and St Bartholomew's was declared redundant. It is now in the hands of the Churches Conservation Trust and is no longer used for regular services. 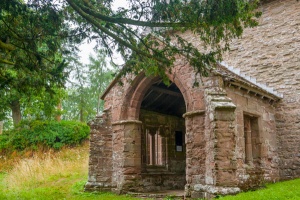 We do not know exactly when St Bartholomew's church was established, but it seems likely that it was built either by Richard fitz Scrob or his son Osbern, which would place its foundation in the late Saxon or very early Norman period. The most obvious feature of the church is its sturdy detached tower, standing well to the east of the main building.

The tower almost certainly served a defensive purpose. It was built in the 13th century, much later than the nave of the main church structure. Under the chancel, and extending under part of the nave, is a crypt that seems to have been part of the original church.

You can clearly see the round-headed door leading down to the crypt from the external chancel wall. After the Reformation, the crypt was filled in and used for burials. When the chancel floor was restored in the Victorian period the crypt roof was destroyed. The chamber has since been excavated, but there is no visitor access.

The nave incorporates Norman stonework, with a pair of Romanesque windows in the north wall, and a chancel, north and south transepts were added in the 14th century in Decorated style. The beautifully traceried east window has been dated to around 1350, while at the opposite end of the church, set into the west wall of the nave, is a very large Perpendicular window of the 15th century.

Below this west window is a tiered set of benches, reached by an oak stair, erected for a church choir or musicians. The benches look east onto a nave filled with wonderful Georgian box pews. 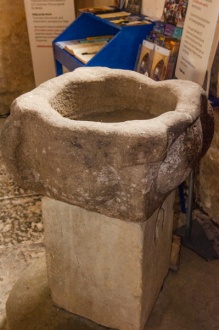 Around 1351 the north transept was created as a chantry chapel. The first chaplain was Robert de Hynton, who later set up a small grammar school. Set into the north wall of this chapel is a very unusual window with a six-pointed star.

Part of the charm of the church is its unrestored quality. But not everything is ancient; the interior features the beautiful set of unrestored Georgian box pews mentioned above, and in the north transept is a 17th-century canopied pew for the Salwey family, lords of the manor at Richards Castle for over four centuries.

At the north-east corner of the nave is a lovely two-tiered pulpit, with a reading desk at the lower level. Beside the font is a 13th-century coffin lid, carved with a foliated cross. There are seven hatchments throughout the church, most to members of the Salwey family. 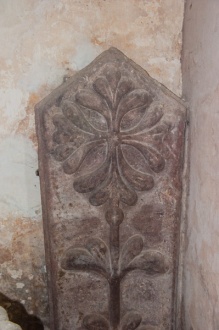 It's not the easiest job to find the church; if you turn off the B4361 onto the unmarked lane beside the Castle Inn and just keep following it up the hill, you will eventually find a small unpaved parking area to the left of the lane, and a signpost pointing the way to the church. The church is unlocked during daylight hours, but as far as I can tell, the detached tower is normally kept locked.

Pause in the churchyard before you enter via the south porch; if you look straight west, over a dip in the landscape you can clearly see the mound of Richard's Castle, looking rather the worse for wear. The interior of the church is wonderfully spacious and filled with light.

As with most Churches Conservation Trust properties, the interior is sparsely furnished, but this actually lets you really appreciate the wonderful Georgian box pews that stretch from end to end in the nave. The highlight for me is the Salwey pew in the north transept, looking like a theatre box, or an oversized sedan chair. The woodwork throughout St Bartholomew's is simply superb.

While I was visiting the church there were two architect/builders there on behalf of the CCT, surveying the fabric and drawing up plans for dealing with inevitable decay and the effects of damp on the structure. It was fascinating hearing them talk over what they absolutely had to do to keep the building from falling down, versus what might be good to do for preserving essential historical features, and weighing up the costs of all the options. Its a part of heritage preservation we ordinary visitors don't often get a chance to see. 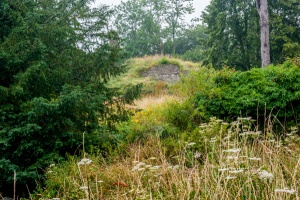 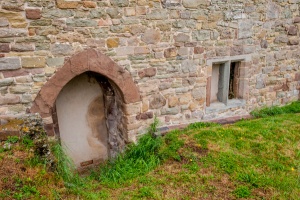 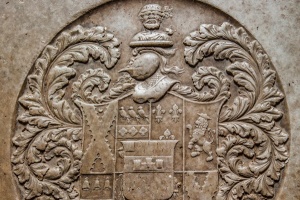 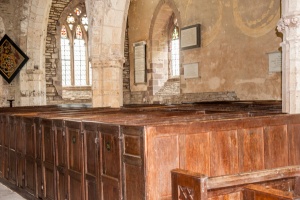 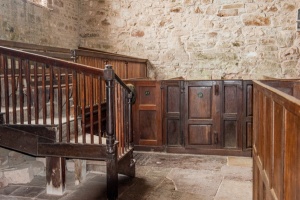 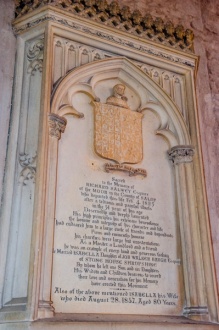 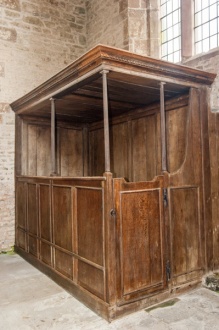 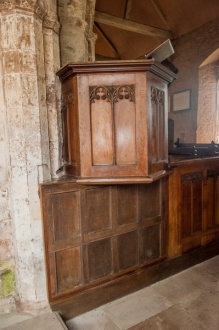 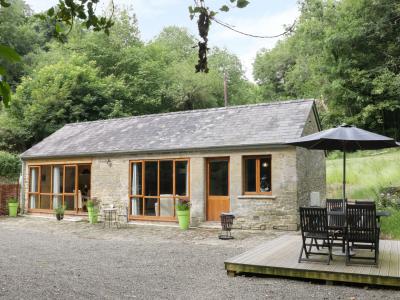 This detached cottage is a converted stable set over one floor in the village of Orleton Common and can sleep two people in one bedroom.
Sleeps 2