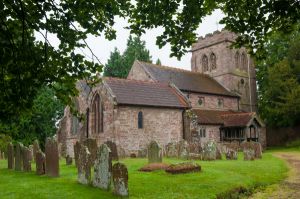 Eye, St Peter & St Paul Church
St Peter & St Paul's is a large Norman church with several interesting historical memorials. The church is composed of a nave, chancel, aisles and side chapel, with an embattled west tower rising in three stages. Eye church is a lovely example of a typical English country church in a secluded rural setting.

The name 'eye' is Old English for 'island', and perfectly describes the village's setting between two streams. The church dates mainly to the 13th century, though the tower was rebuilt by the Victorians in 1874. Both the north and south doorways are Early English, and the north has column capitals carved with foliage patterns.

The south porch is built of timber and dates to the 14th century, with lovely carved tracery decoration on the bargeboards. Within the church, the arcades also date from the 14th century, in Early English style. The octagonal font is simple, with plain panels, of 13th or 14th-century date. High on the chancel wall is a small carved figure of an angel bearing a shield. 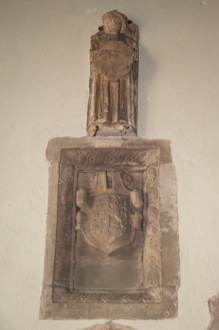 Carved figure of an angel
and shield

Off the chancel stands a north chapel, containing several interesting medieval monuments including a pair of 15th-century tombs to members of the Cornewall family. The oldest memorial is that of Sir Rowland (d. 1520), his effigy resting on a later 19th-century tomb table. The effigy's hands have broken off and have been placed by the figure's leg, looking rather grotesquely like disembodied limbs.

Nearby are the effigies of Sir Richard Cornewall and his wife (c. 1540), resting on a tomb chest with 'weepers' around the base, representing their children. The Cornewalls were the original holders of the Berrington estate. They later sold Berrington to Thomas Harley, who built Berrington Hall (National Trust) around 1780. There is a funeral hatchment to John Blount (d. 1629) and his wife Elizabeth.

More modern is a touching memorial on the north chapel wall designed by Sir Reginald Blomfield for Lord Crawley, in honour of his three sons, all killed in WWI.

The pulpit is Jacobean, with very nicely carved panels arranged in three tiers, with arabesques on the top and bottom layers. Two of the panels bear the date 1681 and the names of churchwardens. 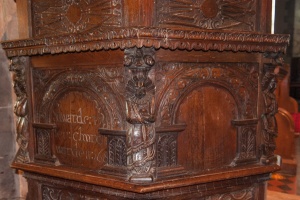 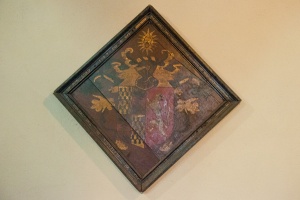 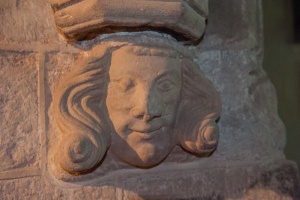 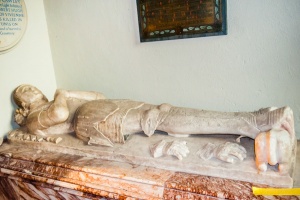 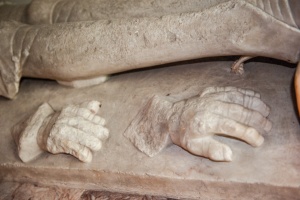 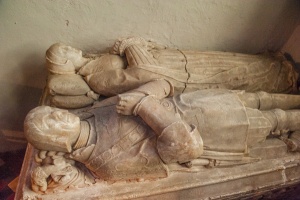 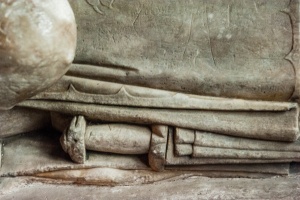 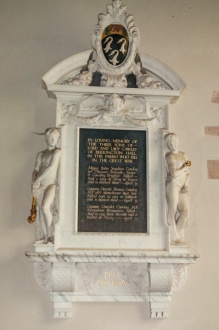 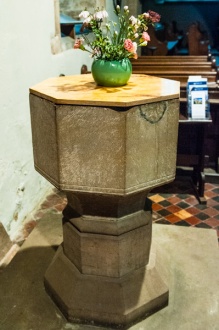 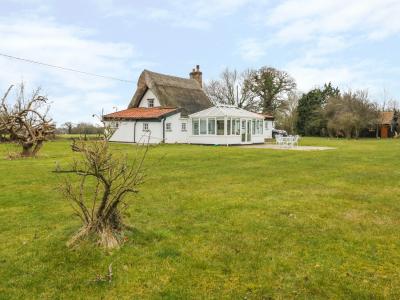 This cottage is located in the village of Thornham Magna near Eye and can sleep six people in three bedrooms.
Sleeps 6 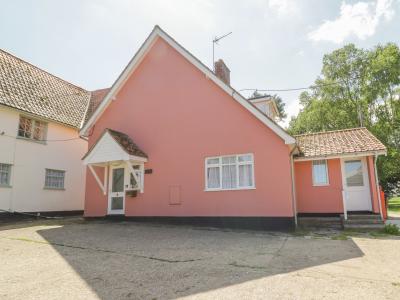 This detached property resting on the outskirts of the town of Eye sleeps up to two people, in one bedroom.
Sleeps 2