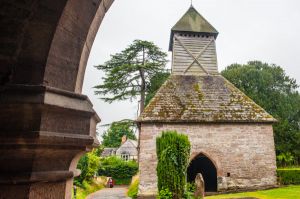 Yarpole, St Leonards Church
The 14th-century church at Yarpole is notable for its detached bell tower. Dendrochronology testing has revealed that the bell tower was probably constructed in 1192, making it not only one of the oldest towers but one of the earliest surviving timber-framed buildings of any type in all of England.

The tower is very similar in construction to the celebrated 13th-century tower at Pembridge, with a stone base, a truncated pyramidal section above, and a weather-boarded belfry on top. The spire used to be higher; it was reduced in 1790 and a weathercock installed.

The bell-stage is supported by four massive timber posts with scissor bracing, and a network of smaller timbers acting to spread the huge weight of the structure. Each post is crafted from a single, slightly curving tree trunk, hewn by axes into a square cross-section. You can easily see the axe marks. The posts are 30 feet long and 2'6" at the base. Dendrochronology revealed that they were over 200 years old when they were felled. 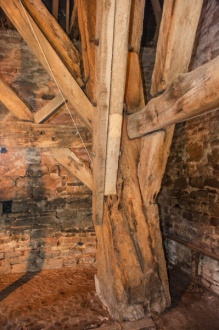 In the early 14th century, the top of the timbers was extended by another 7 feet, using timbers felled over the years 1322-1366. These 14th-century timbers form the upper section of the tower. They are framed together and originally supported a bell-frame.

At the top of the tower, you can see horizontal timbers with quatrefoil decoration. The current bell-frame is 16th or early 17th century and carries a ring of 3 bells. The oldest is from the middle of the 15th century, the others dating to 1605 and 1652.

Around 1322 the Saxon church on this site was demolished to make way for the current building, and the Saxon stones were used to create the stone skirting wall which makes up the lowest section of the tower.

The wooden door is original, made up of six massive lanks braced diagonally on the inside. The thick walls, iron bars of the windows, and reinforced door suggest that the tower may have been used as the parish armoury. Within the tower is a trestle bier, probably dating to the late 18th century.

So fascinating and historically important the tower is that you might be forgiven for overlooking the church itself! There was a Saxon church, as mentioned, but this was completely rebuilt in the 14th century. The interior features a very nicely crafted timber roof.

St Leonard's was partially rebuilt in 1864 by noted Victorian architect Sir George Gilbert Scott. The oldest feature inside the church is the octagonal font, probably late Norman in date, with simple arcading patterns around the bowl. There is a wheeled bier (younger than the 18th-century bier in the tower), and an iron-bound chest, but what really makes Yarpole interesting is that the church building serves as a combination village shop, post office, art gallery, and cafe; a multi-purpose community centre and gathering place.

This does mean that some parts of the church interior are a little hard to see in their historical context, but it is also a fascinating study in how churches can be made to function as a centre of a community, as they might have done centuries ago, though in a different way. 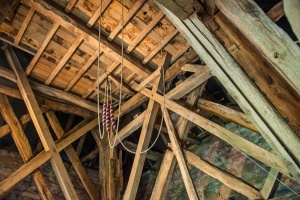 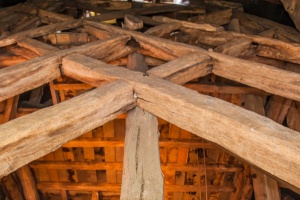 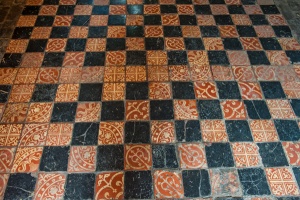 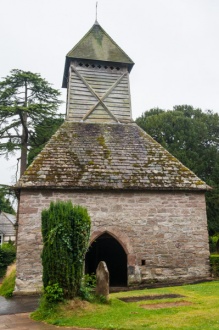 The bell tower from
the south porch 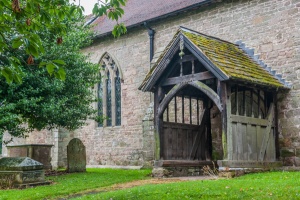 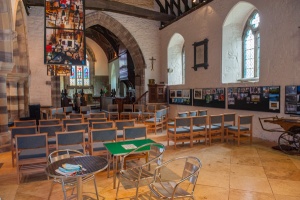 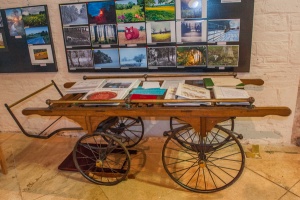 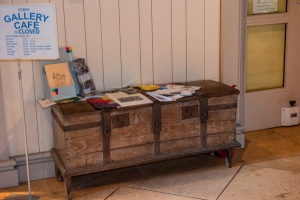 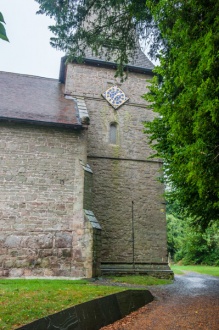 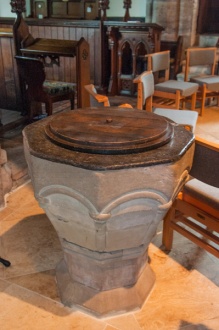 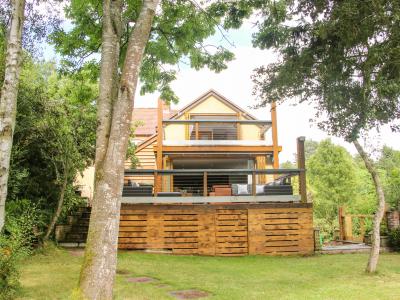 This phenomenal detached house resides in Bircher Common near Yarpole, Herefordshire and can sleep six people in three bedrooms.
Sleeps 6 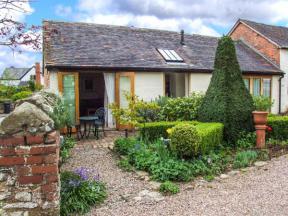 This semi-detached, Grade II listed, ground floor barn conversion is located in the village of Yarpole and can sleep two people in one bedroom.
Sleeps 2