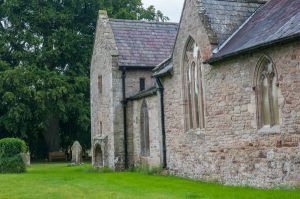 The church was built between 1290-1310 by the powerful Mortimer family, who were responsible for so many churches in this area of north Herefordshire. Within the 13th-century building are a pair of lancet windows salvaged from an earlier Norman church on the site. The church consists of a chancel, nave and side aisles, with a pair of side chapels. There is a west tower, which was heightened in the 15th century.

The church is entered by way of a north porch. Off the porch is a small chapel, known as the Volka chapel. The origin of the name 'Volka' is the subject of spirited debate amongst historians. This very un-English sounding name might refer to a founder named Vaukel, or to Walter de Mortimer, a former rector who may have been buried here in 1315 ('Walter' becoming corrupted over time to become 'Volka'). 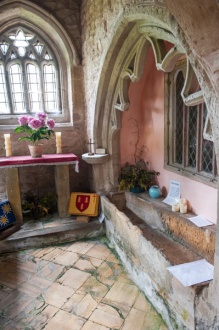 Whatever the meaning of the unusual name, the chapel may have been built as a chantry, where masses would have been said for the soul of the founder, or as a special chapel for those killed at the nearby Battle of Mortimer's Cross (1461). Within the chapel is an empty stone coffin of medieval origin. When the coffin was opened in 1826 it was found to contain the bones of a woman and child.

The 14th-century nave roof is timber-framed in king post style, with rounded clerestory windows giving light to the interior. The chancel boasts 14th-century stained glass in the large east window, with the arms of Dame Matilda Mortimer, who presented the first recorded rector of St Michael's in 1285. The central panel of the window shows a figure of Christ and the Coronation of Mary, beneath which are the figures of four archangels.

The north and south-east windows of the chancel have further fragments of fine medieval glass. The striking chancel roof was painted by GF Bodley around 1866, and Bodley was also responsible for the lectern, stalls, and pulpit. At the west end of the nave stands a late 14th-century octagonal font.

The chancel, and in particular the stained glass, is reckoned the historical highlight of St Michael's, but for my money its the simple little Volka Chapel that deserves special mention. Why was it built? By whom? The mystery just adds to its appeal. 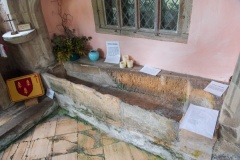 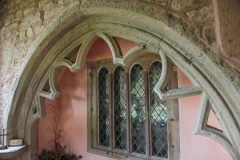 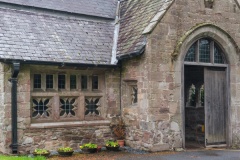 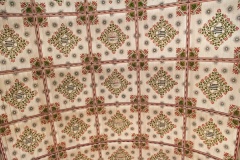 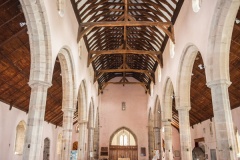 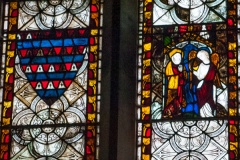 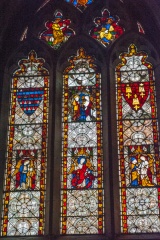 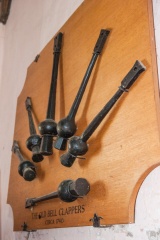 More self catering near Kingsland, St Michael & All Angels Church >>

This detached timber clad barn conversion is situated one mile from Kingsland and close to Leominster and sleeps two people.
Sleeps 2 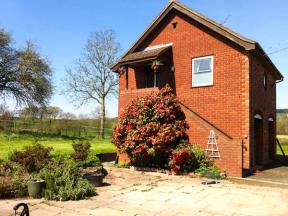 This first floor apartment situated near the village of Kingsland and the town of Leominster sleeps two people.
Sleeps 2