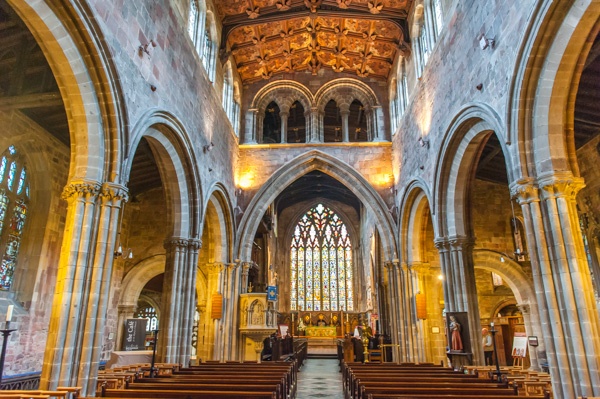 The only remaining completely medieval church in the historic town of Shrewsbury, St Mary's stands on a rise in the centre of town, opposite the main post office. The church spire - said to be the third-highest of any parish church in England - can be seen for miles around.

The spire collapsed in 1894, which some people believed was a sign that God was unhappy over plans to erect a statue of Charles Darwin outside the nearby site of Shrewsbury School. Biblical signs notwithstanding, the repaired spire was erected in 1897.

The church dates to the 12th century, with further remodelling down the centuries. The primary reason to visit St Mary's is its superb collection of medieval stained glass, covering five centuries from the 14th to the 19th.

The glass collection is not all original to St Mary's, however; much of it was brought here from elsewhere in Britain and from around Europe, but that does not lessen its historical interest.

The most striking collection of glass makes up a depiction of the Tree of Jesse in the large 14th-century east window. The glass here is richly coloured and shows Old Testament figures including prophets and kings. 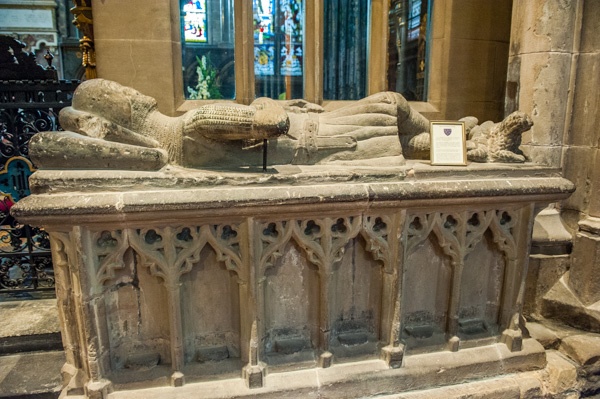 There is more to the church beyond the stained glass; the nave roof dates to the 15th century and is wonderfully carved with figures of angels, with animals and birds. There are further very nice carvings in stone on the nave arcades.

The colourful floor tiles are more modern, dating to a Victorian restoration, but they help add to the rich colours of the interior.

The wonderfully carved font is early medieval, and there are a large collection of funerary monuments throughout. Perhaps surprisingly, St Mary's is no longer in regular use, and since 1987 this delightful historic building has been in the care of the Churches Conservation Trust. 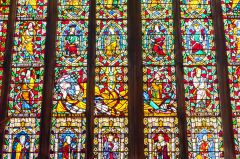 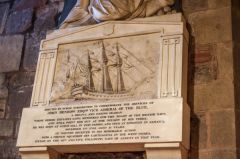 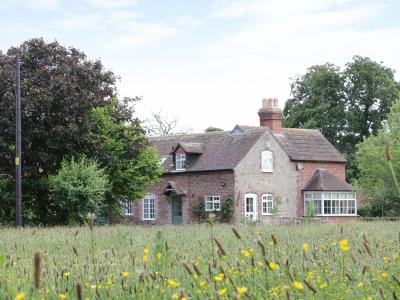 This detached stone and red brick cottage is situated in the village of Cound near Shrewsbury and sleeps six people in three bedrooms.
Sleeps 6 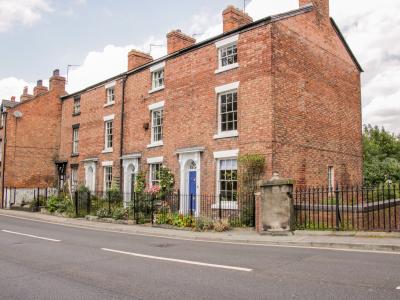 This exquisite cottage rests in Shrewsbury and can sleep eight people in four bedrooms.
Sleeps 8