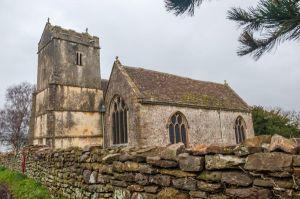 A 13th-century church in a small Cotswold village, St James was extensively rebuilt in the late medieval period. The medieval wealth of the Cotswolds sprang from the wool trade, but by the 18th-century industry had changed, and settlement patterns altered. Villagers moved from the hillside near the church down to the valley below, leaving St James' stranded.

As a result, it escaped Georgian and Victorian restoration, leaving it essentially unchanged since the 15th century with the exception of funerary monuments and a 17th-century door.

The church is built of coursed rubble and is composed of a nave, chancel, south aisle, north porch, and west tower. The tower is topped with a saddleback roof, a bit of a rarity among Gloucestershire churches.

The north door is 14th century and is one of the oldest features of the church. There are remnants of a rood stair with a squint underneath, and there are several monuments, dating to the 17th century.

St James' is no longer in regular use and is in the hands of the Churches Conservation Trust. 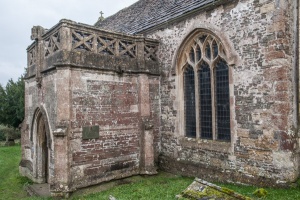 We arrived to find the door locked, but a note on the gate directed us to a keyholder immediately across the road. Armed with the key we opened the south door and popped inside. The first thing that struck me was how open the church felt, with all the seating removed.

A lot of Churches Conservation Trust churches are like this, and generally, it helps, for you can see the 'bones' of the church without all the furnishings getting in the way.

It did look a bit bare, but that enabled me to really appreciate the nave arcade and wonderfully carved column capitals. The highlight for me was the rood loft stair in the south aisle, with a very large squint beneath it.

You can still climb the stair to the place the medieval rood screen used to be, but watch out, for there is only a very low barrier at the top and you could easily fall off! The squint has a lovely bit of sculpted canopy that looks like 14th-century work. At the east end of the south aisle is an old bier for carrying coffins to the church. 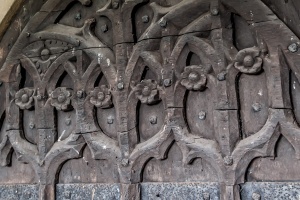 Carving detail on the north door

Beside the north door is a large Ten Commandment board, but most of the interest in St James's is in the chancel. There are a pair of 18th-century monuments on the north wall, and a very interesting grave slab to William Roach (d. 1732) in the centre of the aisle.

The inscription informs us that he was 'a kind Husband, a tender Parent, a good Master, and a faithful Friend'. There are very nicely carved stalls in the chancel, but more appealing are the small carved bosses decorating the wooden frieze around the top of the walls. Some of the carvings are symbols like a sunburst, but others are simply grotesque faces, grimacing or sticking out a tongue at the viewer.

There are several interesting wall monuments, including one to Josiah Bennet, a rector of Charfield, who died in 1756.

Take the time to walk around the outside of the church. I noticed several very thin rectangular lancets in the tower, similar to Norman lancets. Is the tower older than the rest of the church or did the 13th-century builders simply not bother to make large windows for the tower? 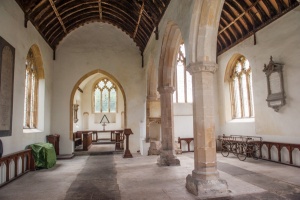 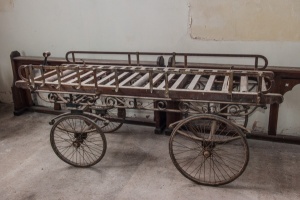 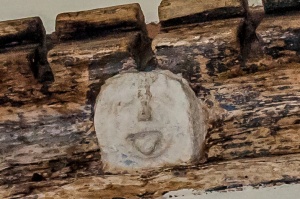 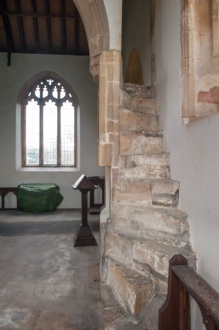 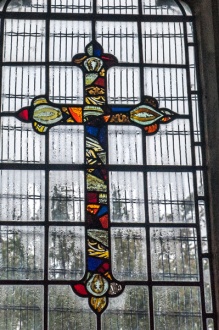 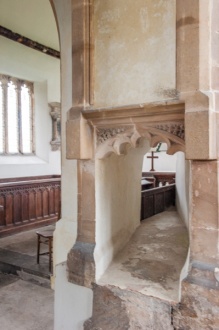 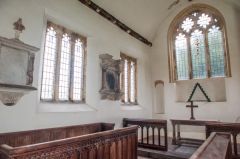 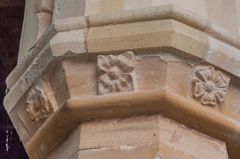