HERITAGE HIGHLIGHTS:   The chamber where Edward II was kept prisoner is still maintained. 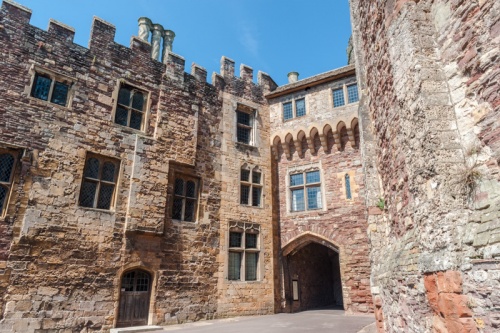 Berkeley Castle's main claim to fame rests on its role as the final prison of King Edward II. It was here, in a small, squalid room just off the main entrance to the castle, that the unfortunate Edward was cruelly murdered by his captors in 1327.

Lord Berkeley, the owner of the castle and Edward's official gaoler, had a convenient alibi for the time of the murder, but it beggars belief to imagine that he did not know of the plot to kill the king.

There has been a manor at Berkeley since at least the late Anglo-Saxon times. Earl Godwin, father of Harold, the last Saxon king of England, owned Berkeley Manor. There is an ornate silver chalice at the castle that is said to have belonged to Earl Godwin. The story goes that Godwin took communion from the cup every day. One day he forgot, and a storm promptly destroyed his lands in Kent.

The present castle at Berkeley was begun in 1153 as a shell keep. This fairly unusual design saw the stone keep surround a central mound rather than sit atop it in the normal style.

A few generations later, in 1215, the castle was the final assembly place for the rebellious West Country barons on their way to their final confrontation with King John at Runnymede and the signing of the Magna Carta. 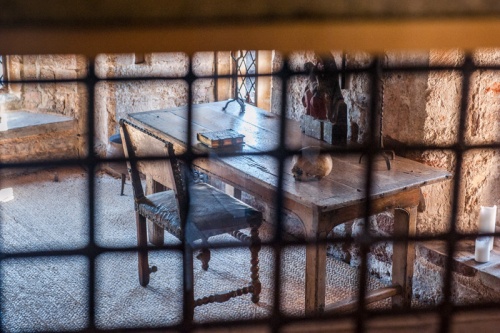 Berkeley Castle next made its appearance in the annals of English history when William Berkeley, nicknamed William-the-Wasteall by a family historian, gave the entire estate of Berkeley to King Henry VII in exchange for being made Earl Marshall of the realm.

It seems that the Dukes of Norfolk, hereditary holders of the title, had fought against Henry at the Battle of Bosworth, and as a result, had the title revoked. William did not pass on his hard-bought prize to subsequent generations of Berkeleys, for he died without an heir, and the title reverted to the Norfolks.

The castle was the property of the crown until the death of Edward VI when the entail was broken. Elizabeth I was much annoyed by this provision. She tried unsuccessfully to give Berkeley to her favourite, the Earl of Leicester, but it was not hers to give.

The bitterness between Elizabeth and the Berkeley family came to a head when the queen came to stay at the castle on one of her many "progresses" about the country. As she rode in the front gate with her entourage, Lord Berkeley rode out -- a supreme insult to the proud queen and one she did not soon forget.

The castle was besieged by Cromwell's army during the English Civil War and suffered a great deal of damage. The outer walls were flattened, the Gate House destroyed, and the drawbridge demolished. The castle surrendered after three days of bombardment, so further damage was avoided. 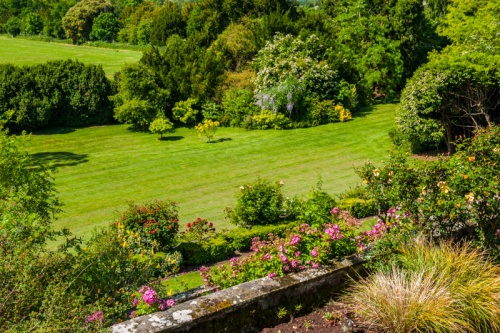 The castle garden terrace and grounds

The interior of the castle is blissfully original. There is a 14th-century great hall built just inside the castle wall. A lovely 16th-century wooden screen graces one end of the hall.

The room where Edward II met his fate can be viewed, but for those with a less gruesome turn of mind, the medieval kitchens and the morning room created from a Norman chapel are open to visitors.

Another prize at the castle is the chest carried by Sir Francis Drake on his voyages on the Golden Hind. There are the requisite family portraits, including a Gainsborough and a Reynolds, and very simple and attractive terrace gardens. 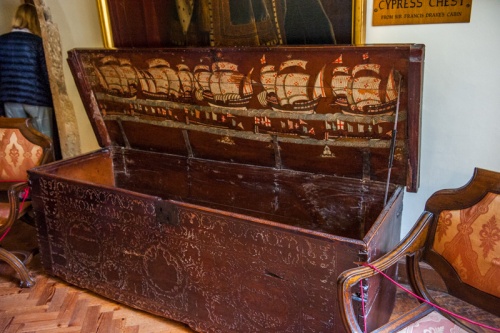 We had the chance to revisit Berkeley Castle as part of a 'behind-the-scenes' group tour led by the son of the owner, Charles Berkeley. Our guide was an absolutely charming host, and clearly took a great deal of pride in his ancestral home.

He told us fascinating stories of what it was like for him and his brother to grow up in the castle, playing on the battlements and having games of hide and seek amid the ancient medieval corners of their castle home.

It was a delight to hear family stories of the people behind the portraits on the walls, and get the sort of insight that a guidebook can't bring you.

We also had a delicious lunch in the great hall, and it was amazing to think how many monarchs of England and Great Britain had also dined in the hall over the past 8 centuries! Berkely Castle deserves a much higher profile than it gets as one of the most historic castles and historic houses in Britain.

The Castle is at the junction of the B4066 and the B4509 halfway between Gloucester and Bristol. It is a member of the Historic Houses Association, and HHA members get free entry. Visit the HHA for more info on their membership, which provides a handy discount on admission to member properties. 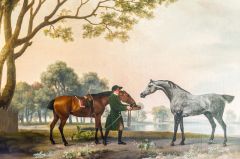 More self catering near Berkeley Castle