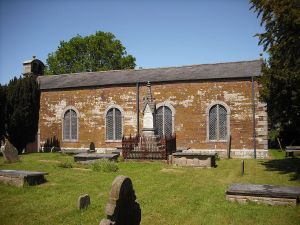 Pilling, Old St John's Church
A simple Georgian chapel built in 1717, and embodying traditional Georgian layout and furnishings. The church is a long, low building, so it is difficult to imagine that the walls were originally even lower. They were raised in 1813 to allow galleries to be inserted along two walls.

There was a chapel in Pilling in the medieval period, served by the canons of Cockersand Abbey. when the abbey was dissolved by Henry VIII the villagers were left without a church. In 1716 they petitioned the Bishop of Chester for a new church, which was built the following year. The only change since then was raising the walls in 1813, mentioned above.

St John's is built of red sandstone under a slate roof. There is no south porch and no tower. There is a small stone double bellcote at the west gable end. The windows and door are round-headed in classical style.

Above the entry is an interesting sundial plaque inscribed with the phrase, "Thus ETERNITY approacheth. G Holden 1766".

The interior is remarkably unaltered since the earl 18th century and is a stunning example of a Georgian church. It has whitewashed walls under a flat, plastered ceiling, and the flooring is made of flagstones. On both north and west sides are galleries supported by Tuscan columns. The seating is a mix of open oak benches and panelled box pews. The pulpit is a double-decker, cut down from its original three-decker height.

The font is 18th century and shaped like a classical urn. On the east wall hangs a painted royal coat of arms to George I, dated 1719 and made in the style of a funeral hatchment.

In the churchyard is the grave of Rev. C Potter, who was both a curate of St Johns and a prizefighter. On one eventful Sunday, he is said to have fought three bouts and preached twice.

The church stands almost in the shadow of the large parish church, also dedicated to St John the Baptist, hence the 'old' in the church's name. The new church was built in 1887, and the old church was allowed to decay. It was declared redundant and came into the care of the Churches Conservation Trust in 1986. 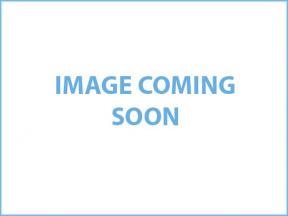 This detached, ground floor cottage is situated in Pilling, 15 miles from Blackpool, and can sleep two people in one bedroom.
Sleeps 2