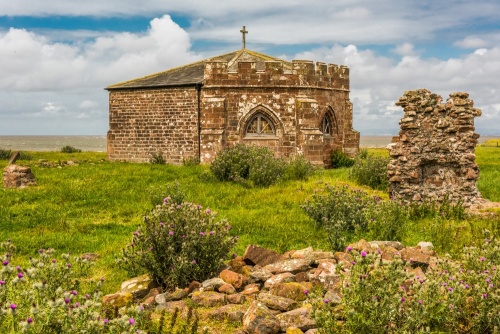 Cockersand Abbey is a ruined 12th-century Premonstratensian monastery on a headland overlooking the estuary of the River Lune south of Heysham. The abbey was founded in 1180 as a simple hermitage but was raised to the status of a fully-fledged abbey 10 years later in AD 1190.

In 1180 this lonely spot housed a hermitage occupied by Hugh Garth, known as 'a hermit of great perfection'. Garth's reputation as a holy man prompted the foundation of a hospital to care for sick people, including lepers. A decade later the hospital was enlarged to become a priory. The priory attracted enough endowments that it was raised to the status of an abbey.

Cockersand Abbey owned estates across Lancashire and north into what is now Cumbria. 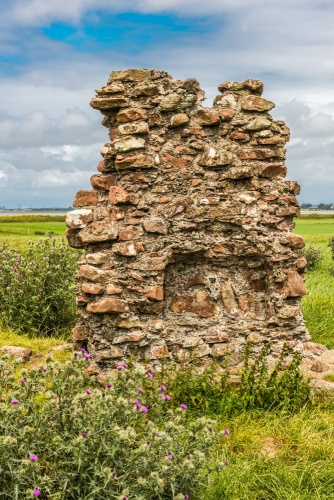 The abbey was built on a low island of clay in the middle of undrained marshland. The location gave the abbey its nickname, 'St Mary of the Marshes'.

Just how perilous was the surrounding marshland?

In 1496 the Abbot of Shap had to undertake a visitation (making sure that Cockersand Abbey was being well-run). He was forced to hire a guide in Lancaster to help him cross the marsh safely.

The abbey was built with red sandstone, with grey gritstone brought in for later work. The red sandstone cuts easily, but it also wears easily, and as a result, many of the surviving carved stones are very worn and weathered.

We know a little about the abbey layout. The church was a long rectangular building with transepts but without aisles. A Lady Chapel was built in the 14th century, but this was, unusually, a completely separate building erected north-east of the church. To the church's south stood a cloister and ranges of domestic buildings. 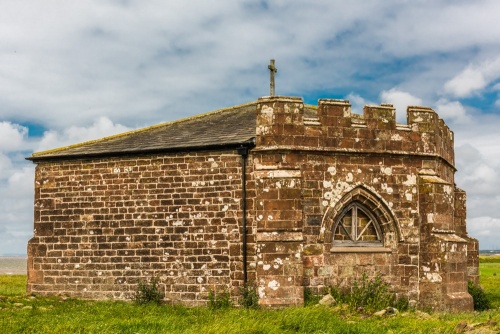 In 1536 Henry VIII began the legalised thievery known as The Dissolution of the Monasteries. His first step was to close any religious house with an annual income of less than £200. Cockersand's books showed an income of just £157 14s 1/2d. That seems pretty clear; it would have to be closed.

But wait. The monks appealed the assessment and produced a hastily revised set of accounts that showed an income of £282 7s 8d. Hmm ... where did the extra money come from? Whatever creative accounting was used, the amount made Cockersand Abbey the third wealthiest in Lancashire on paper, behind only Whalley Abbey and Furness Abbey.

The abbey was spared, but the canons did not have long to congratulate themselves, for in 1539 a new Act of Parliament spelled the end for all the remaining monasteries in England and Wales. On 29 January 1539, the last abbot of Cockersand, Robert Poulton, and his 22 canons signed the document of surrender, marking the end for Cockersand Abbey. All 23 men were given pensions. 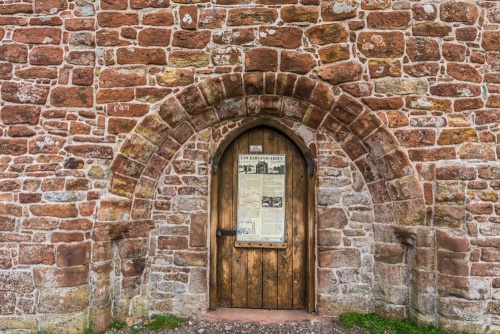 The best-preserved part of the abbey is the semi-octagonal chapter house. The chapter house survived the Dissolution of the Monasteries under Henry VIII was because it was being used as a burial place by the Dalton family of Thurnham Hall.

The chapter house dates to the 13th century and is built of red sandstone under a slate roof. It was originally an octagonal shape but has been squared off at the west end to create a rather odd rectangle with a three-sided eastern projection. Unfortunately, the chapter house is normally kept locked except for special open days.

Most of the monastic buildings were pulled down by Henry VIII's men, though a large number of stones were later used to build the neighbouring seawall. A stone cross now standing in Thurnham churchyard is thought to have come from Cockersand.

The site has been excavated and many finds, including pieces of medieval stained glass, are on display in the City Museum in Lancaster.

You can see several sections of foundation walls and a very prominent chimney from the monastic infirmary. The ground is littered with carved stones.

After the abbey was torn down a farm was built nearby using stone from the monastic buildings. 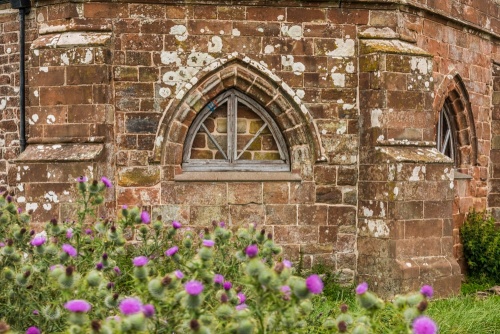 This is tricky. I will tell you how I got to Cockersand Abbey and then tell you why I don't think you should do the same. I took the A588 from Lancaster and turned off at Upper Thurnham towards Cockersand. The road winds across the windswept headland and you can see the abbey ruins come into view away to your right.

I had intended to pull off the road near the drive to Cockersand Abbey Farm but there didn't appear to be anywhere to safely do this; the road was simply too narrow. When I reached the farm drive I found the gate open, so with some trepidation I drove far enough inside the gate to be out of the way of traffic and then pulled off onto the grassy verge.

I walked up the drive to the farm, but despite seeing a farm vehicle I couldn't find anyone to ask if it was alright to leave my car where it was.

There didn't seem to be anything else to do but carry on, so I walked through the farm to a gate behind the barn that gave access to the abbey site. I explored the abbey and made my way back to my car.

When I arrived I found the gate closed. For one horrible moment, I thought I'd been locked in, but the farmer must have seen my car and took mercy on me, for the gate was only closed, not locked. Only then did I see what I'd missed before - a 'Private No Entry' sign that had been hidden when the gate was open. Oops. 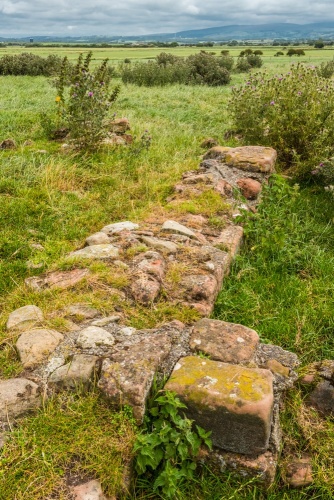 So, I got away with it, by sheer chance or dumb luck, but I could have been stranded.

A far, far better and much safer option for visiting the Abbey is to park in Glasson, the next village north. From the south-western edge of Glasson, a footpath leads along the shore to the Abbey, a distance of roughly 2km (about 1.2 miles). I highly recommend this option instead of doing what I did!

More self catering near Cockersand Abbey