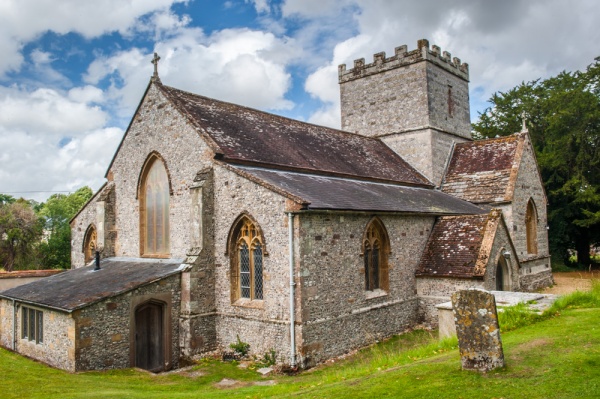 This delightful church dates to the 13th century. The restored 15th-century pulpit is generally thought to have been brought here from nearby Milton Abbey. The wonderful font dates to around 1450 and is composed of a bowl decorated with vine leaf carvings, unusual for this period, supported on a central stem with four ornamented legs.

At the point where each leg joins the bowl is a heraldic shield. One shield is blank, though records suggest that it once was inscribed. Another has the IHS initials, standing for Jesus, while the final two shields are carved with three herrings and three lions, standing for the local Herring and Rochford families respectively.

The most interesting feature of Winterborne Whitechurch is the carvings of the arches supporting the tower crossing. Here, the capitals are decorated with wonderfully carved large faces and foliage. Somewhat unusually, the faces are benign, even friendly, rather than grotesque or grimacing.

On the exterior of the north wall is a rough Saxon cross.

From 1658-1662 the vicar of Winterborne Whitechurch was John Wesley, grandfather of the brothers Charles and John Wesley, the founders of Methodism. 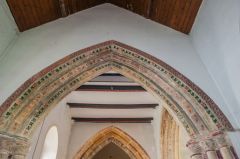 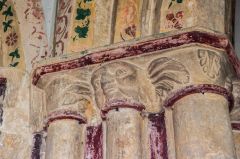 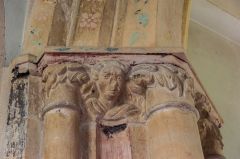 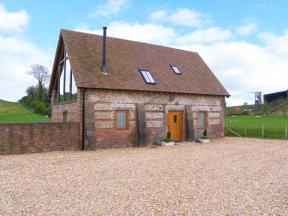 This detached barn conversion cottage is located near to village of Winterborne Whitechurch in Dorset and can sleep six people in three bedrooms.
Sleeps 6