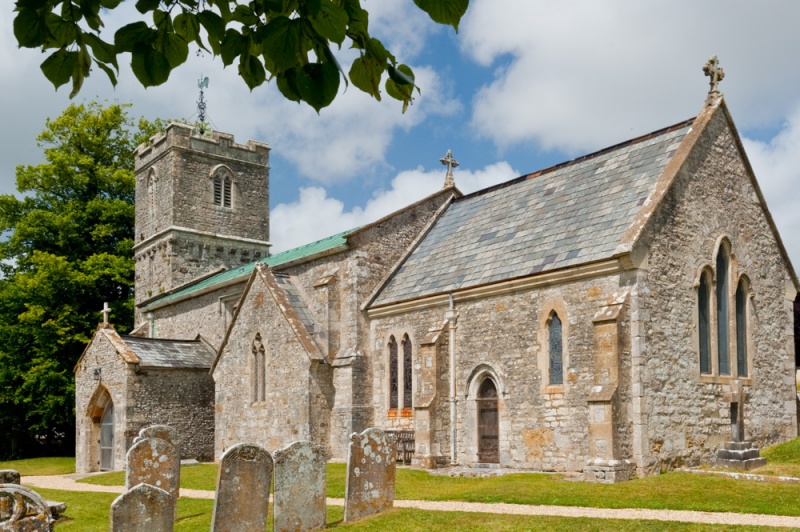 Most people visit the Dorset village of Tolpuddle for its links to the 19th-century union activists known to history as the Tolpuddle Martyrs. The Martyrs were a group of farm workers who tried to create a trade union to help bring about better wages and working conditions. As a result, they were transported abroad to penal colonies in Australia until a public outcry forced the government to pardon them.

The tree where the Martyr's met stands just outside the churchyard of St John the Baptist, on the main road through the village.

St John's is a 12th-century building, though it stands on the foundations of a much earlier building. The church was enlarged in the 13th and 14th centuries. A bit of trouble broke out in 1581 when the incumbent, William Turner, died. During his burial service, the parishioners seized the vicarage and locked the church doors because they wanted the right to name their own vicar.

The church was restored in 1855 by TH Wyatt, consultant architect to the Church Building Society.

The most interesting historic feature inside the church is a 12th-century Purbeck marble effigy of Philip the priest. We know nothing about Philip or his history, but the effigy has been dated on stylistic grounds to the very early 12th century. One unusual feature is the inscription which runs around the outside of the grave slab. It reads:

'If any lover of Christ should see this tombstone,
let him say 'Grant rest, O Christ, to Philip the priest' 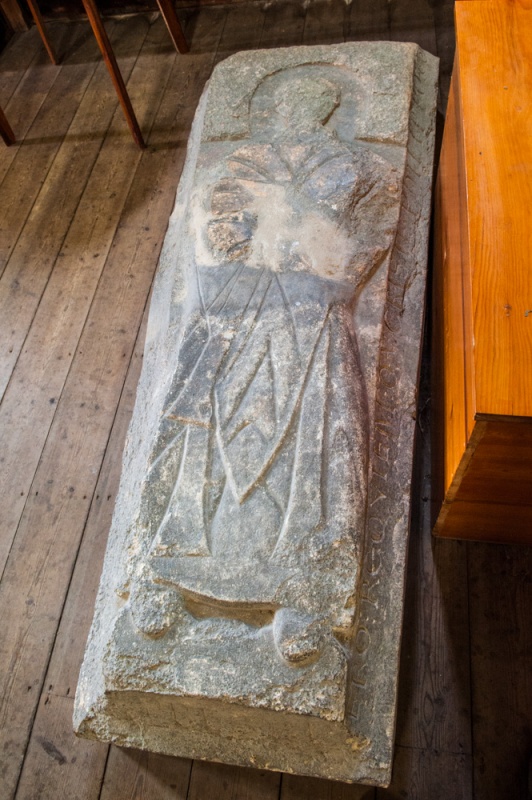 12th-century effigy of Philip the priest

The intriguing thing is that the word for Christ in the first line is represented by the Greek letters XP, while on the fourth line the inscription uses the Latin form. It is rare to see both Greek and Latin used together on the same inscription.

The effigy is 6 feet 4 inches long, 30 inches across at the head, and 8 inches thick. The upper part of the heavy slab was found embedded in the turf south of the chancel. The lower half, which is in better condition, was built into the northern quoin of the chancel. The figure is shown as if lying in his stone coffin, with a circular depression for his head, and with his feet widely splayed. Though the effigy is worn, it is a wonderful example of early medieval art.

In the north aisle is a 12th-century doorway, now blocked up. In the north transept is a squint, also blocked, and a 13th-century piscina, as well as fragments of 15th century carved stone from a chimney-piece in the vicarage. The nave floor features 18th-century paving in a diaper pattern.

The churchyard is full of old gravestones, the earliest of which commemorates Sarah Pope, who died in 1669. Just west of the church is the grave of James Hammett (1811-1891) the only Tolpuddle Martyr to return to the village to live after transportation. Hammett's inscription was carved by Eric Gill, a popular sculptor, printer, and designer associated with the Arts and Crafts Movement. 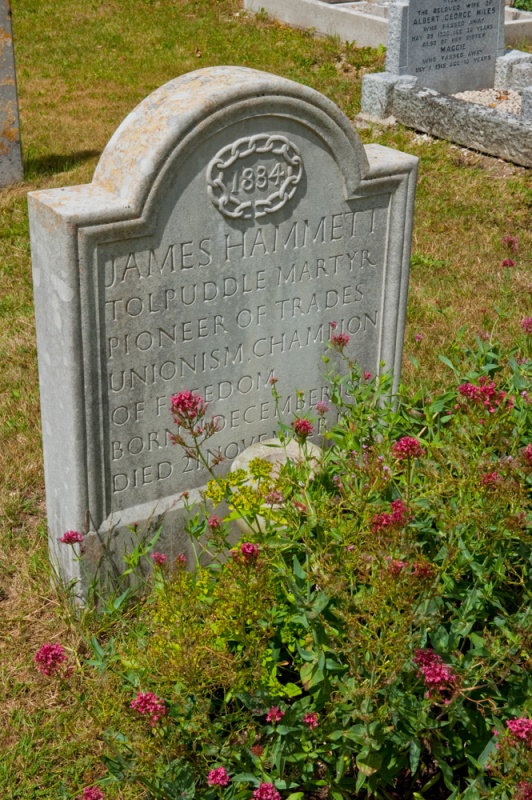 There is a closer link than you might expect between St John's church and the Tolpuddle Martyrs. The leader of the Martyrs was George Loveless, a Methodist lay preacher. Loveless asked the vicar, Dr Thomas Warren, to witness an agreement between labourers and the local landowners, setting new standards for pay rates.

The landowners reneged on their promises, and Dr Warren went back on his word and denied that any agreement had been made. It is safe to say that this betrayal helped widen the rift between the church and the local community.

Between the church and the neighbouring 17th-century manor house is an 18th-century cob wall set on a brick base.

St John's is a beautiful church, full of historic interest. Its links to the Tolpuddle Martyr's make it a must-see. The church is usually open to visitors and was open when we visited. 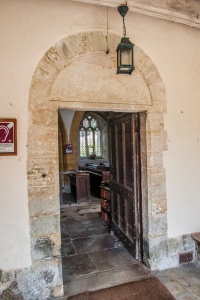 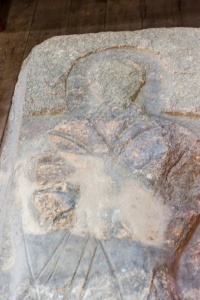 A closer view of the
priest's effigy 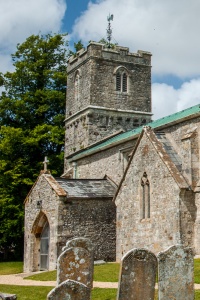 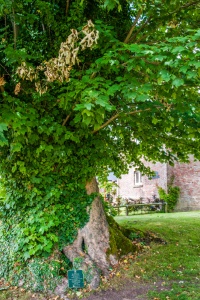 The Martyr's Tree,
outside the churchyard