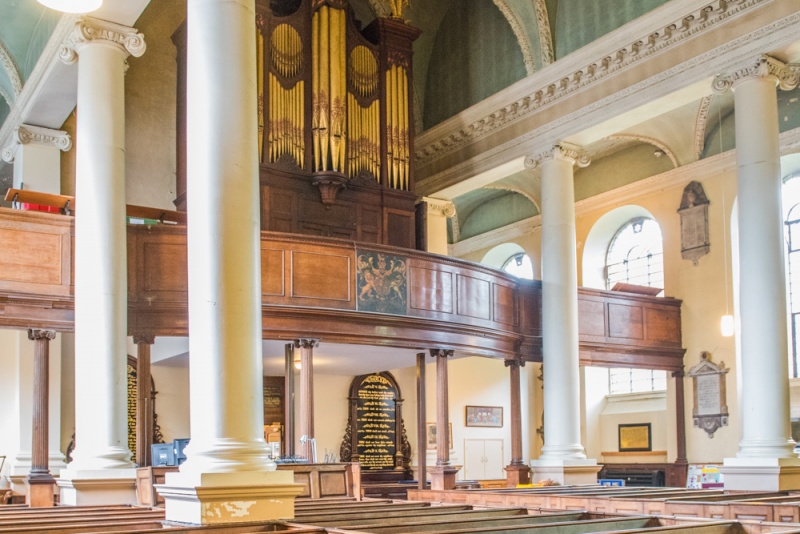 In 1731 a devastating fire swept through the Dorset town of Blandford Forum and destroyed most of the town's historic centre. Among the buildings damaged or destroyed was the medieval parish church of St Peter and St Paul.

The architects John and William Bastard designed a new church in Georgian style, and also designed most of the buildings in the town centre. The new church was completed by 1739 on the side of an enlarged market place. It is an excellent example of a Georgian church in classical style.

The new church was built with walls of Greensand ashlar, dressed with Ham Hill and Portland stone. The original design called for a nave, apse, north and south aisles, and a west tower. The tower was to be toped by a spire but the Trustees insisted on a wooden bell turret, over the objections of the Bastard brothers.

In 1895 the apse was pulled down and a traditional chancel inserted between the nave and new apse. 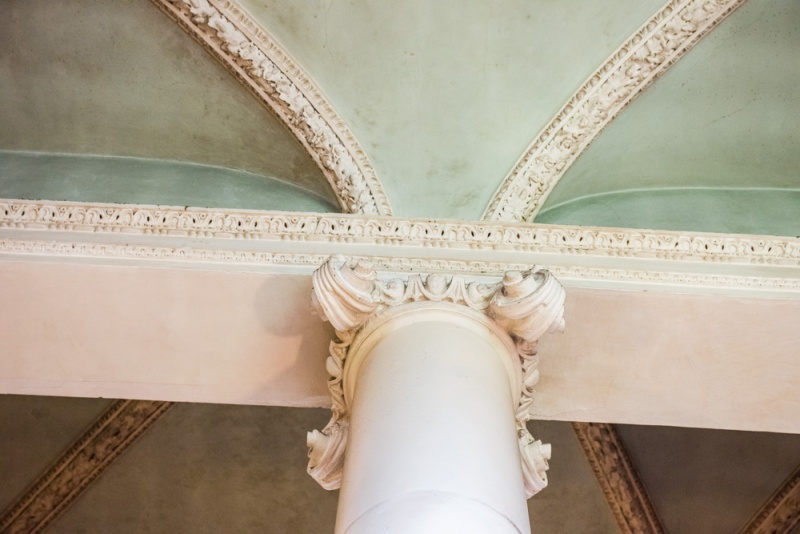 An ornate classical column in the north aisle

The interior design is pure Georgian theatre, with Ionic colonnades on pedestals looking down on box pews. The ornately decorated apse features paintings of cherubs and flowers, beneath a sunburst at the apex of the dome.

The splendid Georgian font dates to 1739 and is made of Portland stone. It has an octagonal bowl and a moulded base, and is topped with an octagonal oak cover with a carved pinecone finial.

The west gallery was installed in 1794, and is supported on slender Ionic columns. From the gallery hangs the royal coat of arms to George III dated 1794. The north and south galleries are slightly later, installed in 1837.

The interior is filled with a wonderful collection of 18th-century monuments, including a plaque to the Bastard brothers in the south aisle. The brothers' ornate tomb is outside in the churchyard. It is in the form of a table tomb with a moulded top, with an inscribed obelisk commemorating the brothers in these words:

'To the memory of John Bastard aged 82, of William Bastard aged 77, whose skill in architectural and liberal benefactions to this town well deserve to be publickly recorded'

The side of the tomb is inscribed with the words:

'This obelisk is erected by their nephews Thomas Bastard Sen'r. and Thomas Bastard Jun'r. the said John Bastard and William Bastard are the same persons mentioned on a monument erected for that family in the south aisle of this church' 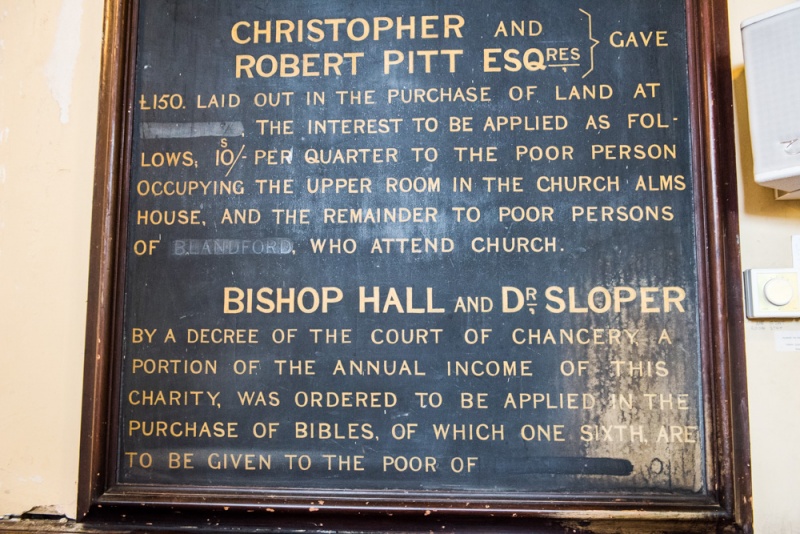 Dedication board with the town name painted out

In the chancel is a funeral hatchment to a member of the Ryves family, dated 1794. On the south side of the nave is the Mayor's Seat, upholstered in red velvet. The richly carved oak seat bears the date 1748. One of the most interesting memorials is to William Pitt (not the politician of the same name). Pitt died in 1730, but his epitaph helps drive home just how devastating the 1731 fire was. It reads:

In memory of William youngest son of Thomas Pitt Esq. Master in Chancery by Margaret his wife who died April the 5th, 1730 aged 30, and was buried near the middle of this church. He left to the poor of this place 500 pounds after the pious example of his Mother who had given the same sum for the same use. His parents and his elder brother Robert, and his sister Katherine, were likewise buried here; But all their monuments with several others of the family, were destroyed by the Fire which almost consumed the whole town, on June the 4th 1731. This was ercted by his relations to whom he bequethed his personal estate.

In other words, his tomb and others of his family were destroyed in the 1731 fire, so his relatives erected this memorial several years later with the money he left themAt the west end of the nave are a pair of painted panels bearing the Decalogue text, and there are painted Beatitude panels in both aisles.

A friendly church member showed me the dedication boards on the north wall. Each had every reference to the town name painted out. She explained to me that this was done during WWII in case the area was invaded by German troops, so they would not be able to tell where there were. For the same reason, road signs were taken down during the war.

St Peter and St Paul is a wonderful example of a Georgian town church, full of interest. 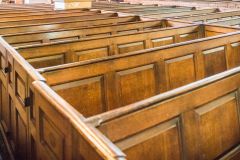 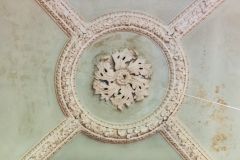 More self catering near Blandford Forum

Self Catering near Blandford Forum