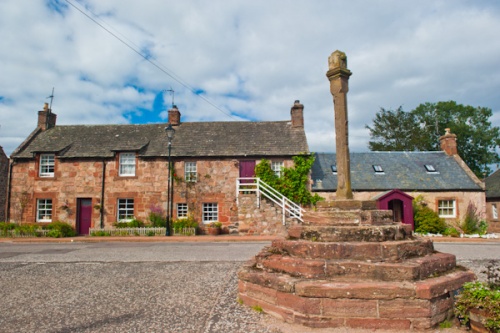 The mercat cross in Fettercairn

Fettercairn is an attractive small town in southern Aberdeenshire, at the base of the Grampian Mountains. The town stands at the southern end of the historic route north to Banchory over the Cairn O' Mount pass. In 1504 Fettercairn was granted the status of a free burgh of barony, with the right to hold a weekly market and an annual fair.

The fair and market aided the growth of the town, but that growth was halted with sudden ferocity by the Marquis of Montrose in 1645. Montrose's men plundered and burned the town. One positive result of the destruction is that the houses around the market are now a very homogenous grouping built of attractive red sandstone. Some of these houses still boast outside stairs giving access to upper stories.

The town is centred around a wide market square where a much-worn mercat cross still stands atop a multilevel base. The shaft of the stone came from nearby Kincardine. The octagonal capital atop the shaft bears the date 1670.

Look for the iron hasp of an old chain, a reminder of the days when locals found guilty of minor crimes were chained to the cross. on one side of the shaft is a notched line used to measure an ell (37.5 inches), an old Scots unit of measure. 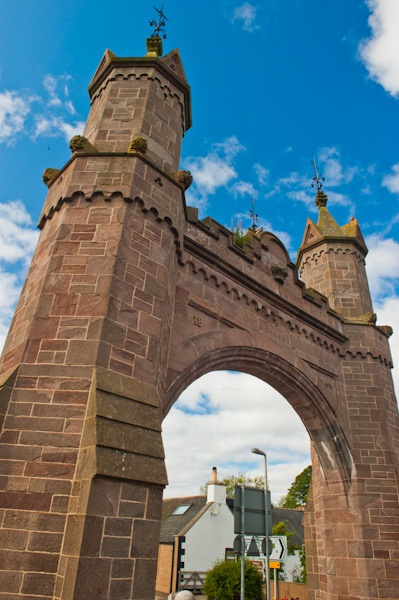 The other major landmark in Fettercairn is the huge Gothic arch which spans the road to Edzell. The arch was erected in 1864 to commemorate the visit here of Queen Victoria and Prince Albert in 1861. The royal couple were travelling incognito from Balmoral, and they stayed overnight at the Ramsay Arms. The arch was erected by public subscription, at a cost of £250, a considerable sum of money in those days.

On the western side of the town is the Fettercairn Distillery, opened in 1824. Most of the whiskey produced is sold for blending, but a small amount is on sale locally as 'Old Fettercairn' single malt.

Immediately north of the town is Fasque, a stately home that was once the home of William Gladstone, the Victorian Prime Minister. Fasque was open to visitors for many years, but as of this writing seems to no longer open its doors to the public on a regular basis.

Fettercairn is one of the most attractive towns in Aberdeenshire; every time I drive through the arch I want to stop and enjoy the place! 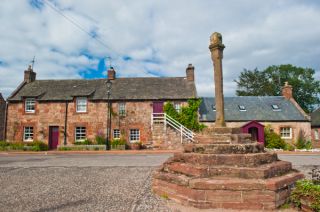 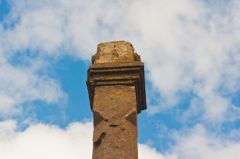 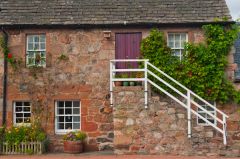 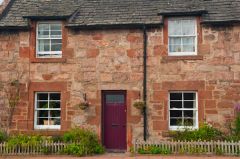 More self catering near Fettercairn >>

More bed and breakfasts near Fettercairn >>