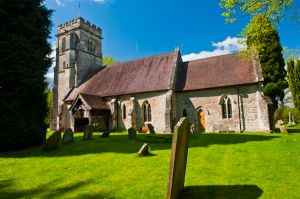 St Giles church stands in a wooded glade, about a half-mile north of the National Trust manor of Packwood House. The woodland should not be a surprise, for Packwood is part of that vast ancient woodland known as the Forest of Arden. We do not know when the first church was built here, but it may have been the late Saxon period.

The first stone church dates to the late 13th century and consisted of a simple rectangular nave and chancel. The west tower was added in the late 15th century by a penitent murderer. The story goes that the lord of Baddesley Clinton, Nicholas Brome, came home unexpectedly to find the local priest 'chockinge' (chucking, or tickling) his wife under the chin. Assuming that the pair were having an affair, he slew the priest in a rage.

Brome had powerful friends, and he was able to gain a full pardon from both the king and the Pope, but as an act of penitence, he built towers for the churches at Baddesley Clinton and Packwood. The tower has ever since been known locally as The Tower of Atonement.

You enter St Giles through the south door, which is probably medieval. At the west end of the nave is a simple 12th-century font on a Victorian base. This font is almost certainly older than the church itself. It was found serving as a watering trough for animals in a local farmyard and rescued! At the north-east corner of the nave is the 17th-century Fetherston Chapel, built of red brick.

The interior is somewhat cluttered with Sunday school oddments, but the walls showcase several fine memorials to members of the Fetherston family of Packwood House. The windows have fragments of medieval stained glass and the wooden screen is very nicely carved and dates to the 18th century.

Perhaps the most interesting interior feature is a partial wall painting on the north side of the chancel arch, where you can make out a fragment of a Doom, or depiction of the Day of Judgement. The painting dates to the 14th century and was uncovered during restoration in 1927.

Below the wall painting is a huge oaken chest, carved from a single piece of wood. This acted as a parish safe and is probably older than the church. The chancel screen dates to the 15th century and there are fragments of 13th-century glass in the chancel windows. There are 15th-century-benches in front of the choir pews.

One last claim to fame for Packwood's church - the parents of Dr Johnson, he of dictionary fame, were married in St Giles.

This is a delightful country church, not spectacular or overwhelming, but a lovely little rural church. It is easy to walk to St Giles from nearby Packwood House, and it would be a shame to visit the house without making the effort to stroll up the lane to the church! 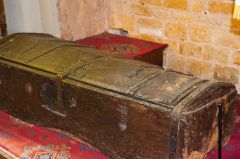 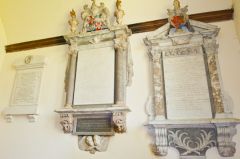 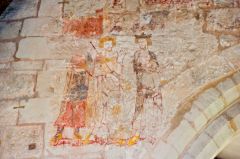 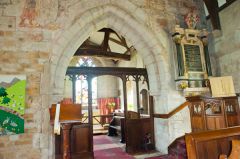 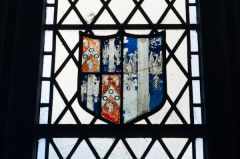 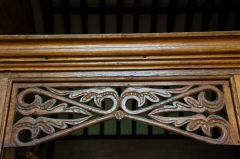 The Bell At Tanworth - 4 miles
Tanworth-in-Arden, Warwickshire
From: £42.50