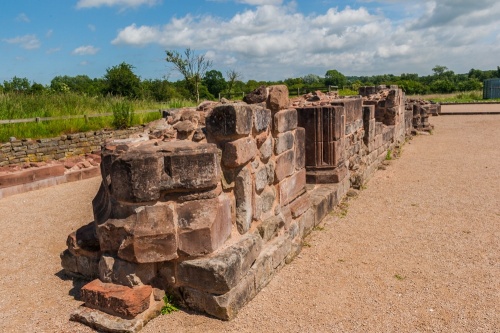 Bordesley Abbey is a ruined 12th-century Cistercian monastery in the Arrow Valley, beside the historic Forge Mill Needle Museum.

In 1138 Waleran de Beaumont, Count of Meulan and Earl of Worcester, gave land in the Arrow Valley to the Cistercian monks of Garendon Abbey in Leicestershire, which had been founded by his twin brother. This was during the civil war between King Stephen and Queen Maud, and Waleran was a supporter of King Stephen. In 1141 he surrendered to Queen Maud, who took over the abbey patronage, making Bordesley Abbey a royal house.

As a royal foundation, the monks of Bordesley received several privileges. Henry II exempted them from being impleaded (roughly equivalent to being sued) and in 1205 King John granted them freedom from taxation for anything they bought or sold. Henry II gave them the right to clear forest land to make grazing pastures for their sheep. 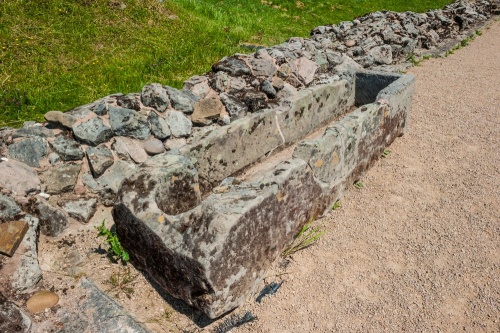 The first monks arrived in 1140, but to their consternation, they found they had been given a parcel of marshy, poorly drained land unsuitable for building a monastery.

The first requirement, then, was to drain the marshy ground. The monks set to work creating a system of canals to draw water away from the River Arrow and its tributaries. Once the land was drained of excess water they erected temporary timber buildings.

They also made use of the water channels to build mills. We know that there was a mill at Bordesley as early as 1174. This was destroyed by fire and rebuilt in 1187. This second mill stayed in use for over 200 years.

Unusually, the mill was used for metalworking, with water power used to operate a bellows and trip hammers for a forge. 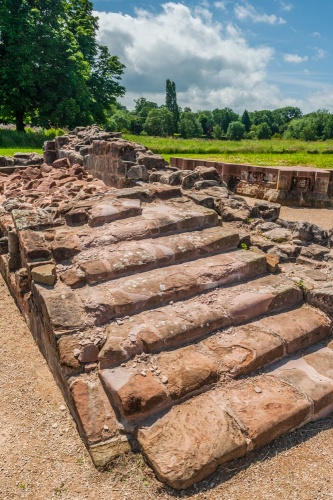 Remains of the night stairs

In 1315 Guy de Beauchamp, the 10th Earl of Warwick, was buried at Bordesley Abbey. Earl Guy is best known as one of Edward II's most vocal critics and a fierce enemy of Edward's favourite Piers Gaveston. When Gaveston was arrested in 1312 the Earl kidnapped him from custody and had him executed.

For the first two centuries of its existence, the monks of Bordesley Abbey grew wealthy on the proceeds of the wool trade, but the Black Death of 1348-50 dealt the Abbey a blow that it would never fully recover from.

The monks of Bordesley did not always behave well; we know that a novice from Bordesley was imprisoned art Newgate Gaol in 1286, and in 1339 Henry Mason, the son of a monk named William, had to be pardoned for his role in the death of William de Wandone, another monk. 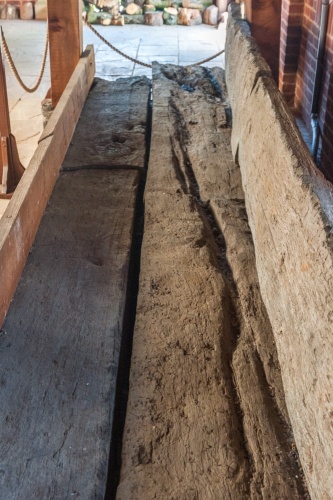 The worst episode in the Abbey's history came in 1312 when a monk named Thomas de Eryngdon 'grievously wronged' a woman named Alice de Estach. The details are unclear, but certainly suggest sexual assault, prompting the Bishop of Worcester to write to the Abbot to give him details of the charges. There is no record of the outcome of the case.

The end of Bordesley Abbey came in 1538 when Henry VIII suppressed it as part of his Dissolution of the Monasteries. The last abbot was John Day, who seems to have profited from the abbey's suppression by selling most of the abbey's crops to his own servants.

The abbey was officially surrendered on 17 July 1538, and a date to sell the abbey's goods was set for 23 September. Long before the sale date, most of the abbey's furnishings had been stolen, however, so that the sale netted just 70 shillings.

The monastic buildings were pulled down and the estate sold into private hands. For over 300 years the abbey ruins lay buried until JM Woodward excavated the site in 1864. In recent years archaeologists from the University of Reading have systematically excavated the site. 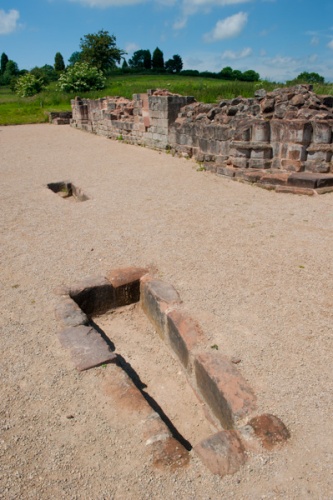 Finds from the excavation are on display in a museum, shared with the neighbouring Forge Mill Needle Museum. You can see timbers used in the Abbey's 12th-century metal-working mill, and the exhibit shows what daily life was like for the monks of Bordesley.

The only parts of the abbey site excavated at the time of this writing belong to the abbey church and adjoining chapter house, where the monks conducted the daily business of administration. You can see sections of the south aisle and transept, east cloister walk, presbytery, north aisle and transept, and the nave. Other monastic buildings around the cloister are yet to be unearthed.

In the nave is a very well-preserved stone coffin thought to be that of Guy de Beauchamp, Earl of Warwick. No trace of his skeleton has been found; the bones were probably scattered during the Dissolution of the Monasteries.

A short section of the night stairs still stands. These stairs were used by the monks to attend night services and linked to the dortoir, or dormitory. 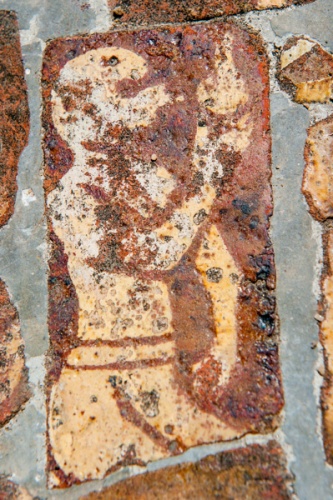 Medieval tile of a human figure

There is also a section of medieval floor tiles. Among the tiles you can clearly make out images of a fish - an early Christian symbol - and a human figure holding (or reaching for) a round object in his right hand.

The abbey is part of the Forge Mill site but it is also directly on public footpaths. so visitors can view the ruins at any time.

Follow signs or Forge Mill Needle Museum off the A441 and A4023. Coming from the M42 take Junction 2 (Hopwood Services) and then the A441.From either north or south take the turning onto Millrace Road, signposted to Riverside and Abbeydale. Take the second turn on the left onto Needle Mill Lane.

There is a parking area for the Forge Mill Needle Museum and the abbey site is immediately beside the Museum to the north. There are also public footpaths through the Bordesley Abbey grounds from the Arrow Valley Country Park to the east. 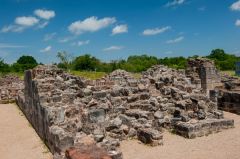 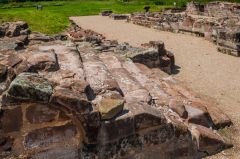 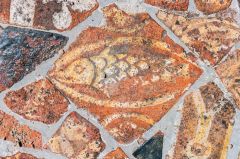 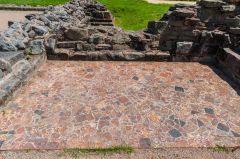 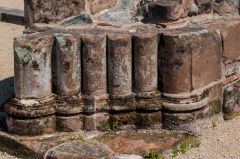 More self catering near Bordesley Abbey