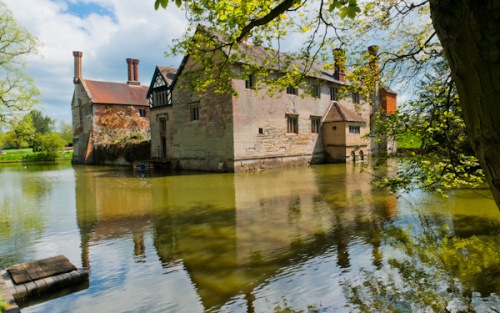 Baddlesy Clinton is one of the finest moated manor houses in England, nestling in a lovely setting and boasting excellent period gardens.

Baddesley Clinton has been described as 'the perfect late medieval manor house', and it is not hard to see why. The manor occupies an island hemmed in on all sides by a wide moat, where swans float peacefully. There are three ranges, or wings of the manor arranged around a lovely courtyard garden. At one time there was a fourth side on the west, making Baddesley Clinton a square, but the west range was demolished in the 18th century.

The house is approached over a two-arched bridge leading to an imposing gatehouse with a large Elizabethan window above the entrance. Walk through the entrance, and you find yourself in a small, formal garden surrounded on three sides by the wings of the manor, and on the fourth by the moat.

The manor at Baddesley Clinton was probably begun in the 14th century, though there are no exact records to verify the date. It is indeed possible that the moat dates back to the 13th century. The house we see today was built in the 15th century, and has remained essentially unchanged since the 1630s.

Much of what remains is the work of the Elizabethan, Henry Ferrers, who is responsible for the south wing and the beautifully decorated interiors, which are a delightful example of Elizabethan style. The chambers are exquisitely panelled, and feature carved Elizabethan overmantles.

One of the most intriguing aspects of Baddesley Clinton is the presence of not one, not two, but three secret priest's holes. These hidden chambers were built during the height of religious strife in 17th century England, and afforded visiting Jesuit priests a place to hide from prying eyes. 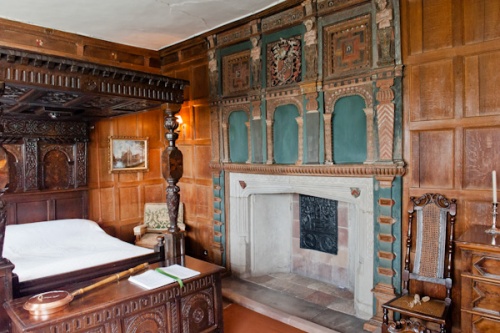 A panelled bedchamber and four-poster bed

The manor is set in lovely grounds, with a variety of pleasant walks. There is a medieval stewpond, a lakeside trail, and a more modern nature walk to enjoy. There is also a children's trail and quiz available to keep younger visitors amused.

Baddesley Clinton is a National Trust property, and Trust members are admitted free.

What you will see: 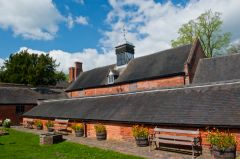 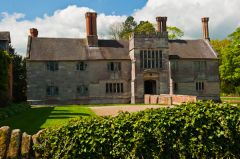 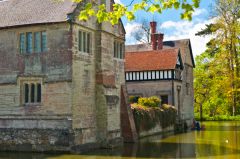 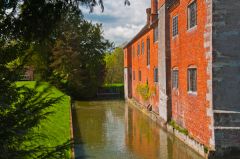 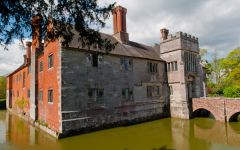 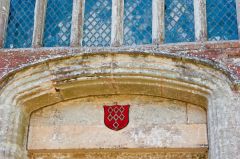 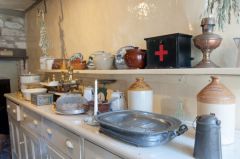 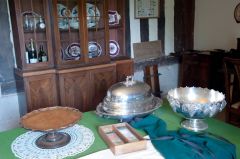 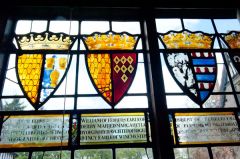 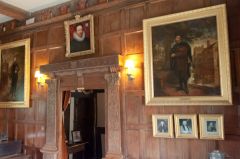 More self catering near Baddesley Clinton