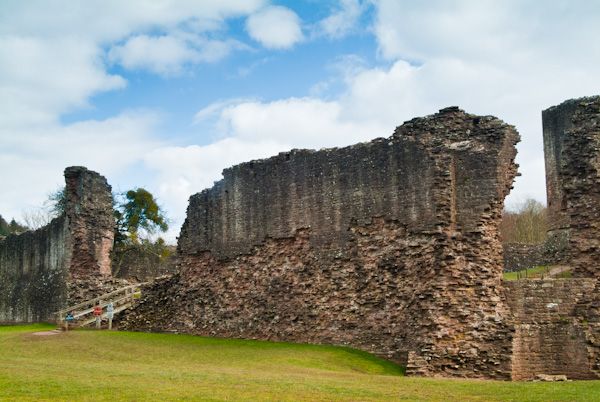 The Norman castle at Skenfrith was built at the same time as Grosmont and White Castle to guard the main route from Hereford to south Wales. Unlike most Norman castles, Skenfrith was built on fairly level ground beside the River Monnow. There was originally a castle motte, but this was levelled in the 12th century when the original wooden fortress was rebuilt in stone.