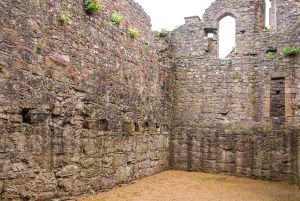 There are actually four associated historic sites in the same location at Penmon, clustered around the ruins of a priory founded in the 6th century by Welsh saints Cynlas and Seiriol. This peaceful place boasts extensive ruins of a 12th century Augustinian priory, in addition to an ancient holy well, a restored 16th century dovecot, and Penmon church, which houses a superb 10th century carved cross. Nearby is Puffin Island, site of another monastery begun by Seiriol, and supposed site of his burial.

The Celtic community at Penmon was re-founded on the Augustinian style in the 12th century, and the medieval priory church now serves as the parish church. Beside the church stands the prior's lodging, which was converted into a house when the priory was disbanded following the Dissolution of the Monasteries. Next to this stands the old refectory with a dormitory above, now roofless and open to the elements.

A short stroll behind the priory leads you past the old monastery fishpond to the site of the holy well where the water emerges at the base of a small cliff. There is something quietly appealing about this ancient site.

A stone wellhead protects the ancient well itself, and a stone bench beside the entrance provides a peaceful place for contemplation. The wellhead structure is not original; it was added in the early 18th century.

The dovecot was added to the site around 1600. It is a lovely stone structure with a fine cupola, and looks more like it belongs to a stately home than a home for over 1000 doves! 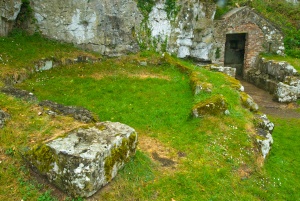 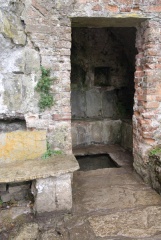 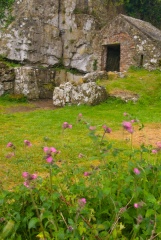 Another view of the well 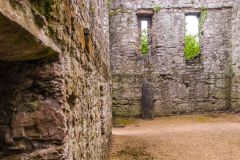 More self catering near Penmon Priory >> 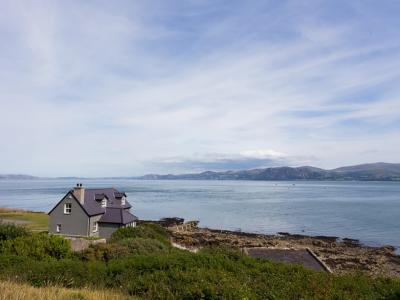 Beautifully located cottage in Penmon , with views over the Menai Strait and the Priory. A short drive to the bustling town of Beaumaris. Wifi, TV and woodburning stove.
Sleeps 8