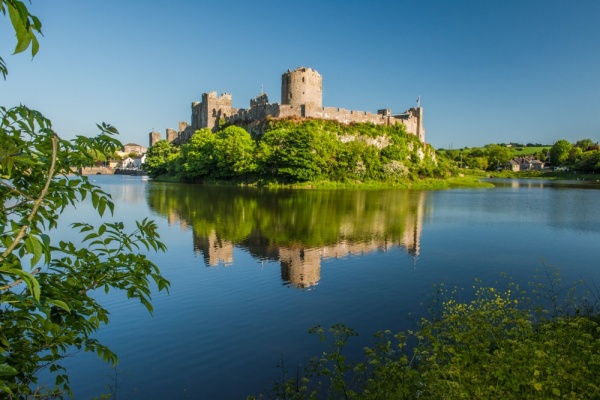 Pembroke Castle is one of the finest castles, not only in Wales but in all of Britain, a testament to the wealth and prestige of the medieval Earls of Pembroke and the importance of Pembroke itself in the medieval period. It is also known as the birthplace of Henry VII, the first Tudor king.

There is a large cave under the town of Pembroke, a prehistoric cavern that was inhabited long before Norman knights cast envious eyes into this corner of south Wales. The Romans occupied the site, but our story really begins after the Norman Conquest, when Rhys ap Tewdwr, Welsh ruler of the south-west, agreed a truce with William the Conqueror.

William agreed to leave Tewdwr in peace, but when Rhys died in 1093 the Norman Roger de Montgomery, Earl of Shrewsbury, invaded. Roger began building a castle at Pembroke almost immediately after taking control of the town. Roger died in 1094 however, and his son, Arnulf, appointed a steward named Gerald de Windsor to administer his Pembroke estate. Gerald almost immediately had to defend the fairly rudimentary fortification at Pembroke against a Welsh attack.

When Arnulf rebelled against the crown in 1102, Henry I seized Pembroke Castle. Henry gave Nest, widow of Rhys (and Henry's own mistress), in marriage to Gerald de Windsor, who now acted as the king's steward. Henry established an intentional settlement, or borough, outside the castle, and set up a mint there. Henry then invited settlers from Flanders and England to inhabit his new borough, which became something of a heartland for the enclave known as 'little England beyond Wales'. 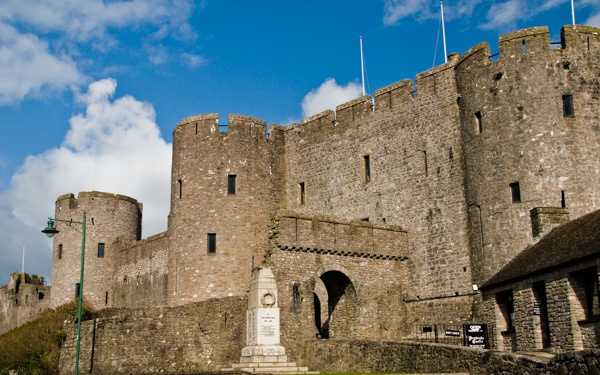 When Isabel reached 17 Henry granted her in marriage to one of his most loyal supporters, William Marshall, who he named Earl of Pembroke. It is thanks to William Marshall - and the not inconsiderable fortune that Isabel de Clare brought with her - that Pembroke Castle was transformed into one of the finest castles in Britain.

Unfortunately, Marshall's five sons proved singularly ineffective, and each inherited in turn, then died without heirs. In 1220 Llewelyn the Great invaded the Pembroke estates, but the townsfolk of Pembroke paid a sizeable fee of 100 pounds to ensure that he did not attack either the castle or the town.

The last of Marshall's sons died in 1245, by which time the castle had taken on its present shape. In the late 13th century William de Valence added new domestic quarters and rebuilt the outer ward. His son, Aymer, built a perimeter wall to enclose the borough.

The 13th century was really the golden age of Pembroke Castle; after that time the castle gradually fell into decay. It saw action in 1405 when a French army besieged the castle in aide of Owain Glyndwr's rebellion. In 1457 Henry VI made his half-brother Jasper Tudor, Earl of Pembroke. Tudor brought Margaret Beaufort, the newly-widowed wife of his brother Edmund Tudor, to Pembroke Castle. Margaret, aged only 13 at the time, was pregnant at the time of Edmund's death, and it was at Pembroke Castle that her child, later to become Henry VII, was born. 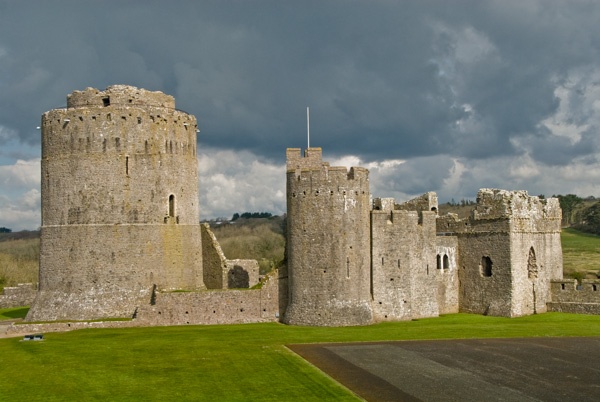 The Keep and Dungeon Tower

In the Tudor period the lordship of Pembroke ceased, and the castle lost its importance.

In 1642 the castle was garrisoned for Parliament, and the mayor of Pembroke town, John Poyer, rebuilt the castle defences. After the war, Poyer championed the cause of unpaid and disaffected Parliamentary soldiers.

Oliver Cromwell besieged the town and castle, and after holding out for 2 months, Poyer and his allies surrendered. Poyer was executed, parts of the southern towers were destroyed, and sections of the town walls were pulled down. As a result, Pembroke Castle was left little more than a romantic ruin, a magnet for artists keen to paint its picturesque walls and remaining towers.

It was thanks to the efforts of Major-General Sir Ivor Philipps that Pembroke Castle was restored to the state we see today. Just before the Second World War Philipps undertook to finance a 10 year programme of restoration and archaeological investigation that helped bring the castle back to some semblance of its medieval grandeur.

Pembroke Castle is easily one of the most visited historic sites in Wales. There's a good reason for that; its one of the best-preserved and most historically interesting medieval castles in a country that seems to specialise in such things! Its well worth taking the time to explore.

And if you come on a summer evening, do take the time to stroll along the footpath that runs around most of the castle mill pond. The views of the castle lit by golden late-evening light are incredible.

There are several pay and display parking areas nearby. The easiest to reach from most major roads is on Common Road, just a few minutes stroll from the castle entrance on Westgate Hill. 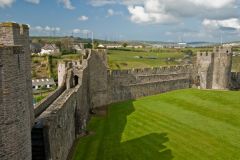 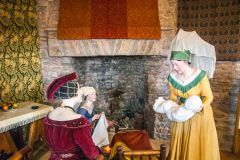 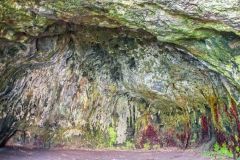 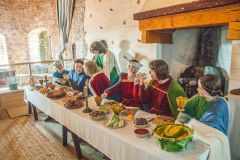 More self catering near Pembroke Castle >> 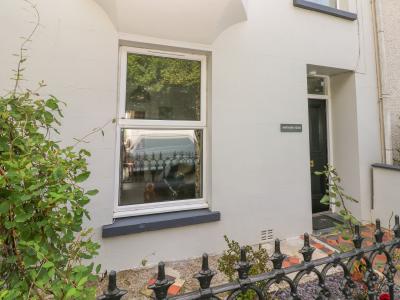 This mid-terrace cottage rests in Pembroke, Wales and can sleep six people in three bedrooms.
Sleeps 6 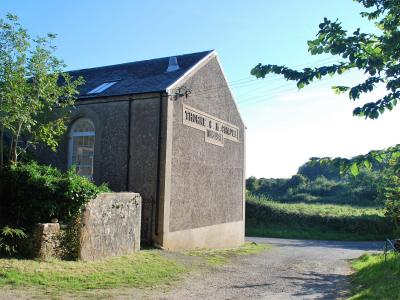