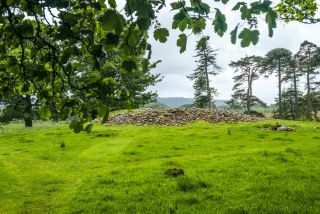 Dunchraigaig Cairn is a Bronze Age burial mound with 3 burial cists (inner chambers), in the heart of historic Kilmartin Glen
You could call Dunchraigraig the forgotten burial site of Kilmartin Glen. Most enthusiasts get excited about the linear cemetery that runs down the glen, consisting of Glebe Cairn, the three Nether Largie cairns, and Ri Cruin. Dunchragraig is out of the linear alignment, so perhaps doesn't get the attention it deserves. The site is about 1 mile south of Kilmartin, on the east side of the A819, and was erected about 2000 BC, around the same time as the other cairns.

The cairn is about 30 metres across and up to 2 metres high. It was excavated in 1864 when 3 burial chambers were discovered. The central chamber contained remains of several cremations over top of a skeleton laid out in a crouched position. More unusual, on the top of the slab covering the chamber a body had been laid out with its limbs straight.

The middle cist had remains of cremations, but the third cist caused great excitement; it contained the remains of 10 people, some cremated and some left unburned, beneath a huge capstone about 4.2 metres long. Interred with the bones were tools including a whetstone, flint knife, and stone axe. The unusual feature is simply that so many people were interred together, unlike usual Bronze Age custom.

A stone's throw away from the cairn is Baluachraig Cup and Ring marked stones, also in the care of Historic Scotland.

The cairn is rather oddly situated in a plantation of rare trees laid out in the Victorian period. The car park for Dunchraigraig is on the opposite side of the road to the cairn (i.e. on the east side), so be careful of traffic while crossing the road. 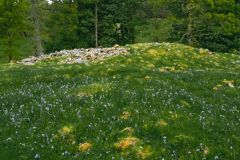 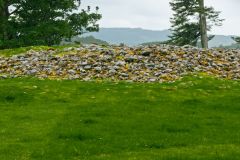 Nearby accommodation is calculated 'as the crow flies' from Dunchraigaig Cairn. 'Nearest' may involve a long drive up and down glens or, if you are near the coast, may include a ferry ride! Please check the property map to make sure the location is right for you.

More self catering near Dunchraigaig Cairn >> 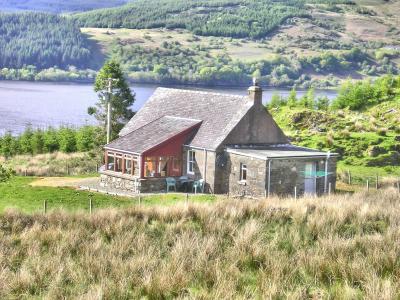 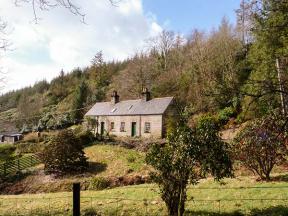 This semi-detached cottage situated in a rural location, near Kilmartin in Argyll sleeps four people in two bedrooms.
Sleeps 4