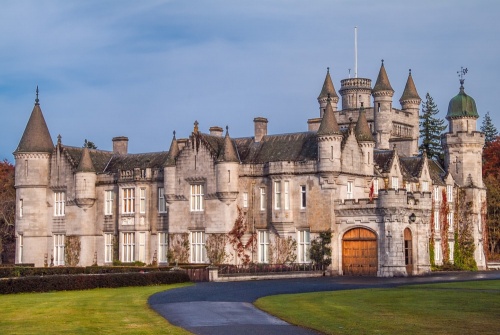 The Scottish home of the Royal family, Balmoral Castle is a 19th-century castle built of local granite in baronial style, for Queen Victoria and Prince Albert. The royal couple first leased the property in 1848, and four years later Albert purchased it for the queen.

When the royal couple bought Balmoral (sight unseen) it was considerably smaller than the current building. Prince Albert personally supervised the building of a larger castle, more suitable for the needs of a royal household. The new castle structure was built by architect William Smith of Aberdeen, using stones from the quarry at nearby Glen Gelder, which produced an attractive off-white stone. The new castle was finished in 1856 and the old house on the site was demolished.

The number of rooms that can be visited within the castle is limited due to security concerns - indeed, the tour guide who accompanied me on my visit was at pains to point out that even the guides were not told which rooms were occupied by the royal family during their annual stay at Balmoral. 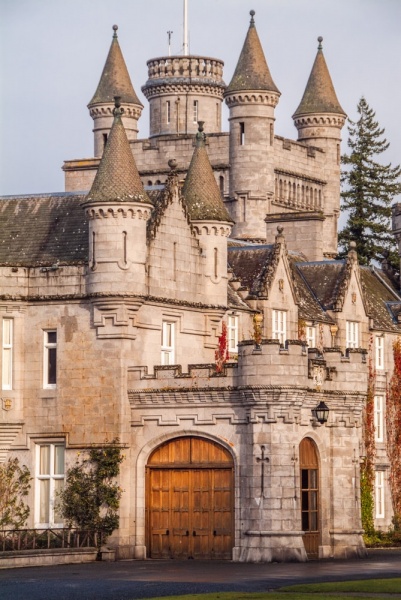 A bristling bustle of turrets and towers

The castle ballroom - the largest chamber at Balmoral - hosts an exhibition of fine art and furnishings in the collection of the royal family. Included are paintings by Landseer, silver sculptures by Sir Joseph Boehm, and fine china. The ballroom is used each year for two dances called the Ghillies Ball, a tradition that has carried over since the days of Queen Victoria. Unfortunately, we were not allowed to take any photos on our castle tour.

Aside from the main castle buildings, visitors can explore an exhibition of carriages, and a display of historical photographs of the royal family and their involvement with Balmoral over the years.

There is a 3-acre formal garden area in front of the main castle block. The garden was designed by Queen Mary from 1923-1925. The gardens were extended by the Duke of Edinburgh to create a kitchen garden that provides fresh produce for the royal family during their annual summer stay. Beyond the formal gardens are beautiful lawns and grounds. You can stroll down to the River Dee and walk along the tree-lined riverside walk - if you are lucky enough to visit in autumn you will find this area ablaze with colour. 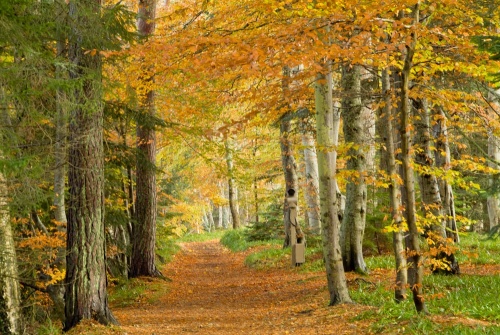 The riverside walk in autumn

One final attraction at Balmoral is worth mentioning. When Victoria and Albert bought Balmoral, there was no direct link across the river from the northern Deeside Road through Crathie. The main road led through Balmoral, but that was closed to provide some measure of privacy to the royal couple. So a bridge across the Dee was needed to avoid a long trip to get in and out of the Balmoral estate.

The man they turned to was Isambard Kingdom Brunel, the premier engineer of 19th-century Britain. Brunel, always an innovator, built a single span wrought-iron bridge, the first bridge in Scotland of this type. The twin riveted girders spanning the Dee are 39.8 metres long, and the bridge is 4.1 metres wide.

Unfortunately, though the bridge was an engineering triumph, Brunel built in a simple style that Queen Victoria did not care for. As a result, the bridge has perhaps not received the plaudits it might otherwise have gleaned. Brunel himself liked the bridge, and preferred to think it was built in a style of 'functional elegance'. 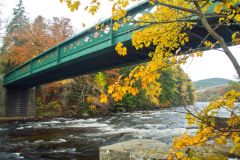 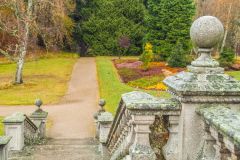 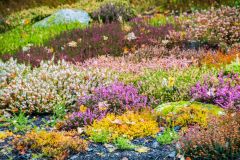 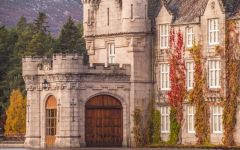 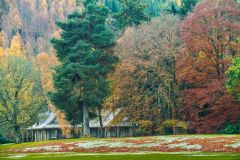 More self catering near Balmoral Castle >>