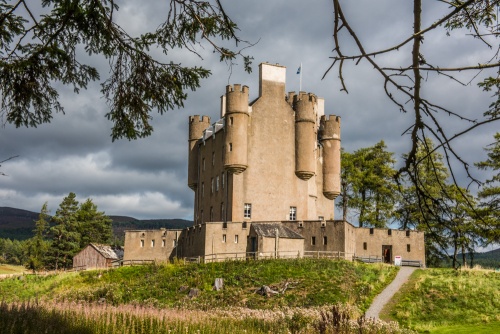 Braemar Castle is a picturesque L-plan tower house beside the River Dee, built in 1628, then burned in the Jacobite Rising of 1689 and rebuilt. The castle is centred on a round tower set within a curtain wall, and defended by an iron yett (a hinged portcullis). The interiors feature fine furniture, including pieces by Chippendale and Hepplewhite.

Braemar Castle is an almost perfect example of a Scottish fortified tower house. Built in 1628 for the Earl of Mar, the castle served a dual purpose. In summer it was a hunting lodge, but its main purpose was to defend the Mar estates against the neighbouring Farquharson clan of Inverey. The Farquharsons were technically vassals of the Earl, but that meant little in practice!

The location at Braemar also meant that the castle could control access through the Cairngorms to Strathspey, and the pass of Glen Derry.

Mar's castle was a fairytale concoction of battlemented towers and turrets protected within a star-shaped curtain wall, not unlike the defences of Corgarff, further west. 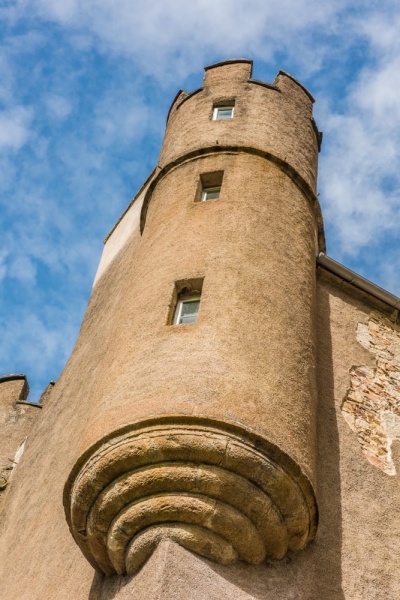 The Earls of Mar were active in government, a government dominated by Lowlanders, and this made Braemar a focal point for disaffected Highlanders.

In 1689 'Bonnie' Dundee tried unsuccessfully to capture the castle. The government responded to Mar's plight by sending royal dragoons to defend the castle. But they were too few to repel Mar's turbulent neighbour, John Farquharson of Inverey.

Known as the 'Black Colonel', Farquharson was a Jacobite supporter, and with the help of his kinsmen he attacked Braemar Castle, drove the government soldiers out, and burned the castle to the ground. By the early 18th century it was still roofless.

The Earl of Mar and the Jacobite Rising

When George I came to the throne in 1714 one of the first things he did was to dismiss many of the ministers in the government of his predecessor, Queen Anne. One of those dismissed was Anne's Secretary of State, John Erskine, the Earl of Mar. The Earl retired to his Deeside estates, seething with anger and a burning sense of injustice. 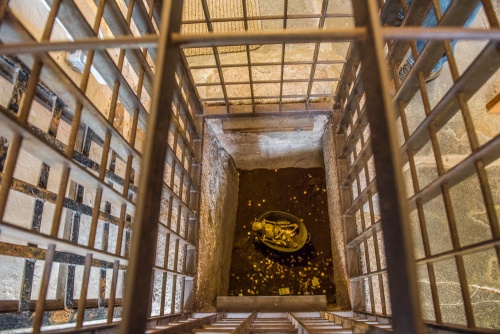 Looking down into the castle dungeon

He called a gathering of Highland clan chiefs to Braemar, ostensibly for hunting and feasting, but in reality to plan a revolt against the Hanoverian king. On 6 September the Earl of Mar raised the Jacobite standard on a small hill at Braemar and proclaimed James VIII and III as the rightful king. The abortive Jacobite Rising came to a shuddering halt at Sheriffmuir just 2 months later, and Mar was forced to flee into exile.

Braemar Castle mouldered on, falling into ruin until it was bought by the Farquharson family in 1732. The Farquharson laird kept aloof from Bonnie Prince Charlie's 'Forty-Five' rebellion, and as a result, the estate was burned by the Jacobites. The laird moved to Edinburgh and leased the castle to the crown. From 1748 the government called in architect John Adam to restore the upper floors.

Any Scottish castle deserves a good ghost story, and Braemar is no exception. The castle is said to be haunted by the spectre of a new bride, who thought - wrongly - that her husband repented of their marriage and had deserted her. She threw herself from the top of the castle in despair, and today her ghost is said to haunt the grounds.

The castle is frequently used for filming and has appeared in many popular films over the years. In 1954 it was the setting for Prince Valiant, starring Janet Leigh and James Mason. More recently it was used for Neil Oliver's TV series 'A History of Scotland'. 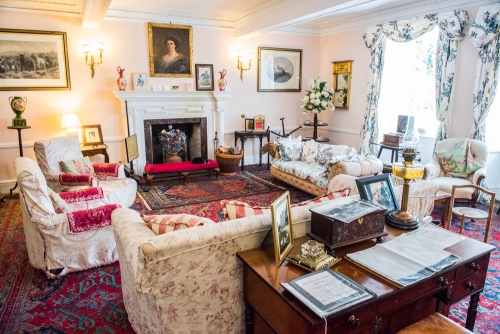 The castle is very well signposted from Braemar village. It lies just north-east of the village itself, on the A93 road towards Crathie and Ballater. There is a free parking area on the northbound side of the road between the old burial ground and the castle itself. From the parking area it is a short, mostly level walk to the castle, with a brief climb up to the castle entrance.

You can explore the castle on your own, or opt to take a free guided tour, which is what we did. Our tour guide was excellent, very knowledgable and entertaining. The tour took in the 18th-century kitchen and 'laird's pit' or dungeon on the ground floor, the dining room and drawing rooms on the first floor, and family bedrooms on the second floor.

One of the curiosities to look for on the tour is a semi-circular opening in the ceiling of the second-floor passage, made so the nursemaid could listen for sounds from the children sleeping in the nursery on the upper floor.

Look for the castle's visitor book, showing two pages side by side; one page shows the signature of Queen Elizabeth, the Queen Mother, while on the facing page is the signature, from many years later, of her grandson, Prince Charles.

One small chamber has been set aside as an exhibit on the links between author Robert Louis Stevenson and Braemar. Stevenson lived for a time in the village and you can see his former house on Glenshee Road. He is thought to have written Treasure Island while living in Braemar and based several of his characters on inhabitants of the village.

Note that if you decide to take one of the free castle tours you can still go back and explore the castle yourself after the tour is over.

Braemar Castle is a delight; a wonderfully picturesque historic home set in an incredibly scenic location. 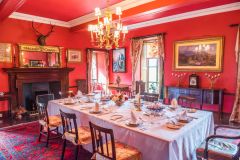 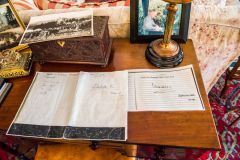 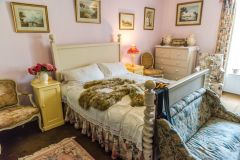 More self catering near Braemar Castle >> 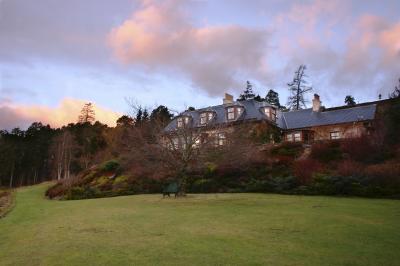 This detached cottage rests on the Mar Lodge Estate near Braemar, Scotland and can sleep fourteen people in seven bedrooms.
Sleeps 10 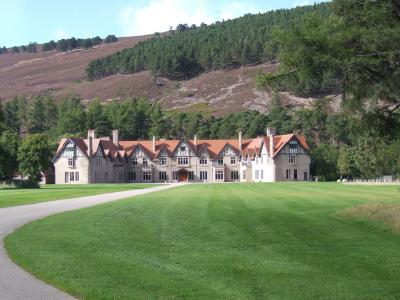 This first floor apartment rests in Mar Lodge near Braemar, Scotland and can sleep four people in one bedroom and the use of sofa beds.
Sleeps 4