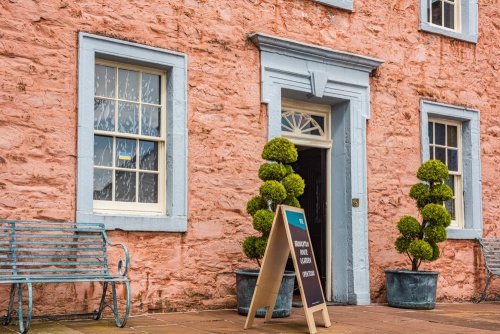 Broughton House is an 18th-century townhouse which belonged to the Murrays of Broughton and Cally. It was the home of the artist EA Hornel from 1901 and contains a collection of Hornel's work, plus antique furniture, an exceptional library, and a manuscript archive.

Broughton House was begun in 1734. Six years later Alexander Murray, Provost of Kirkcudbright, bought the neighbouring property and had the two houses merged into one. The Murray family did not keep Broughton for long, selling in 1756. It passed through several owners, including the 5th Earl of Selkirk, until it was purchased by artist EA Hornel in 1901.

Hornel was one of the painters who made Kircudbright a popular artists colony. He lived just a few doors away at 18 High Street, but when Broughton House came on the market he snapped it up. Hornel hired Glasgow architect John Keppie to extend the 18th-century house by adding a studio and gallery to display his works. He lived and worked at Broughton House until his death in 1933. 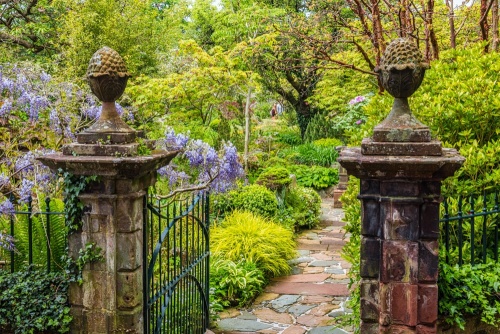 The house has been restored to reflect how it would have looked at the height of Hornel's fame in the 1930s, with ground floor rooms crammed with art objects from sculpture to pottery, paintings to bronzes, surrounded by period furniture. The decor is heavily influenced by Hornel's time in Japan, and this fascination with the Orient is emphasised through ceramics, art, and furniture.

One unexpected treasure is the first-floor library, housing over 15,000 books, including an extremely large and valuable collection of works by and about Robert Burns. The library also holds a huge collection of documents related to the heritage of Dumfries and Galloway and the arts. 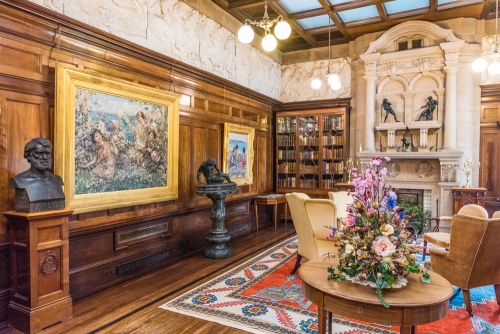 One of the highlights of a visit to Broughton House is Hornel's Gallery, an ornately decorated space mixing classical details with Art Deco style. The Gallery provides a total contrast to the artist's studio behind the house, where a canvas stands upon an easel as if Hornel has been interrupted in the middle of a painting.

The garden is another highlight of a visit. Designed by Hormel, the garden backs onto the Dee estuary and combines both Scottish and Oriental styles, with sculpture and water features throughout. 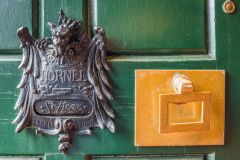 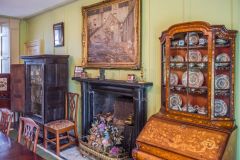 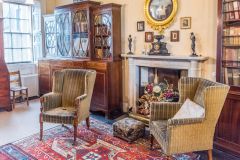 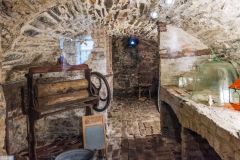 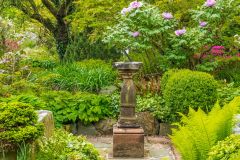 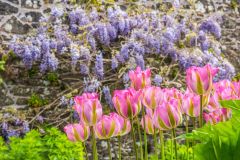 More self catering near Broughton House >> 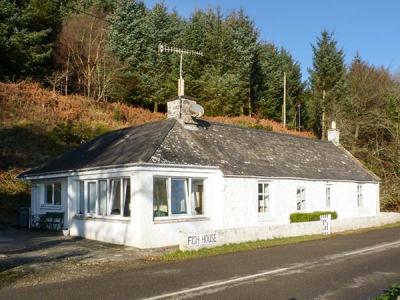 This detached cottage is close to the town of Kirkcudbright near to Dumfries and can sleep eight people in four bedrooms.
Sleeps 8 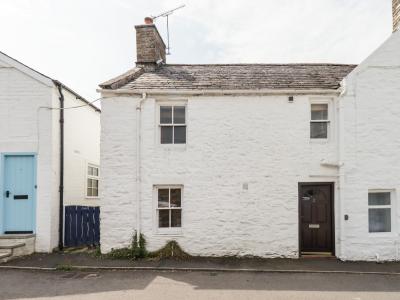 This semi-detached cottage rests in Kirkcudbright, Dumfries and Galloway and can sleep two people in one bedroom.
Sleeps 2