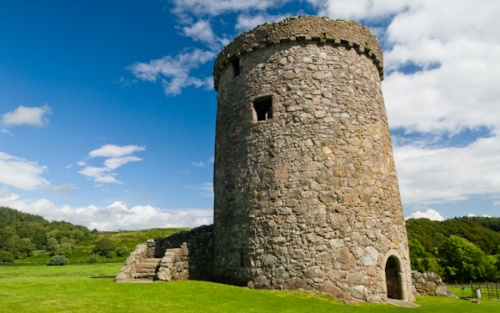 Standing in idyllic rural splendour in the Stewartry region of Dumfries-shire, is Orchardton Tower, a unique circular tower house dating to the 15th century. At the heart of the site is a strikingly well-preserved tower, almost completely circular in plan, standing four storeys high and built of rubble.

The circular style is quite remarkable, though in all other respects the tower is similar to other late medieval fortified tower houses in Scotland.

At the top of the tower is a small, gabled cape-house (a sort of watch chamber) and a parapet walk. You can ascend the tower and there are wonderful views from the top. At the foot of the tower are extensive foundation walls of ancillary buildings, several with vaulted basements, and there are remains of an enclosing curtain wall on three sides of the site.

The tower is roofless, and the interior is open to the sky. On the ground floor is a sizeable fireplace with an ornamented niche beside it, while the vaulted basements beside the main tower are in a good state of repair following restoration.

Orchardton Tower was erected by John Cairns, in the mid-15th century. Coins dating from as early as the 15th century have been found during excavations on the site. These were donated to the National Museum of Antiquities of Scotland.

Orchardton is a delight, and I've seldom enjoyed a more peaceful setting to a historic site; it feels like the sort of place where time has stood still. 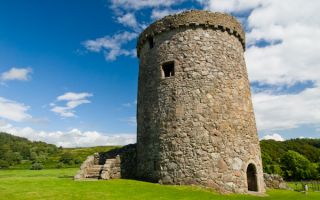 More self catering near Orchardton Tower >> 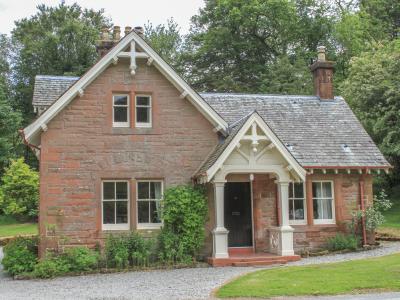 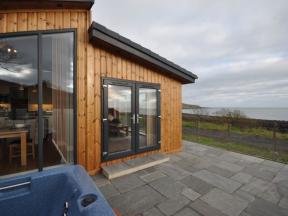