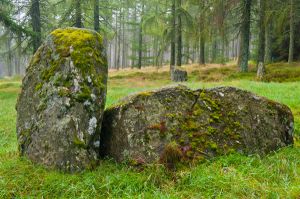 Also known as the Mulloch Stone Circle, Nine Stanes stands in a wooded setting within a forestry plantation in Mulloch Wood, two miles west of Blairydryne Bridge on the A957 road between Banchory and Stonehaven. Like so many stone circles in the north eat of Scotland, Nine Stanes is a recumbent circle, with a large stone laid flat, flanked by two large upright stones.

One of these flanking stones has fallen flat. The other upright stones are graded in size on the east side, diminishing to the smallest stone opposite from the recumbent stone.

There is no information sign at the circle; you're left to your own devices to figure it out. The circle is actually oval, about 17.5 metres long and 14.5 metres wide. The stones are set on a slightly raised bank of earth about two metres thick and only about 0.3 metres high. In old money that's 'not very high'.

Within the stone circle is a ring cairn 12 metres in diameter with a hole at the centre. The cairn was originally contained by two rows of kerb stones. Charred bone fragments have been found, as well as charcoal mixed with pottery.

To reach the circle follow the signs for Knock Hill off the A957. After two miles, a forestry plantation will appear on your right. There is a gated road into the stand of trees, with room for several vehicles. Or you can park at a picnic area a hundred yards further on. From the gated forestry road you can easily see the circle among the trees; it is only a matter of 100 yards at most from the road.

There are at least two other circles in the area. Sunhoney circle and Cullerlie circle are nine miles away and Glassel Dam Wood circle is about seven miles away. 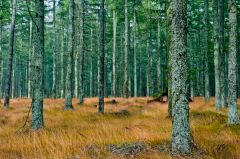 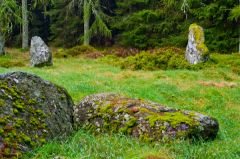 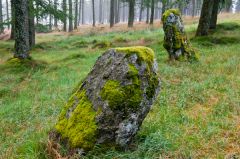 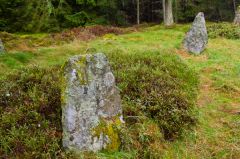 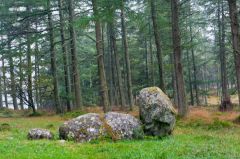 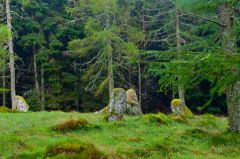 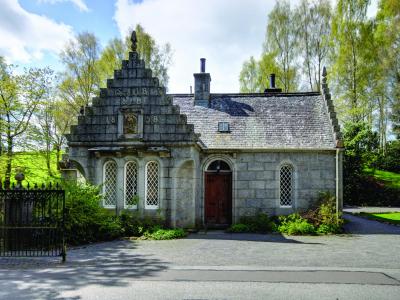 This detached cottage rests in Crathes near Banchory, Aberdeenshire and can sleep four people in two bedrooms.
Sleeps 4