HERITAGE HIGHLIGHTS:   See the room where Robert Burns died in 1796 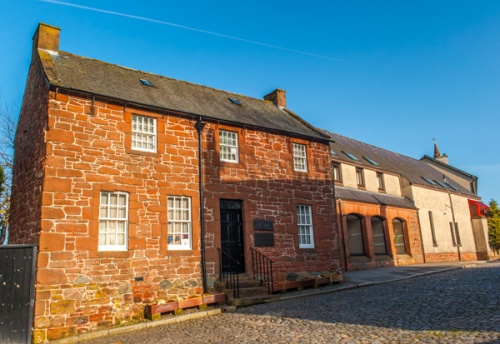 The simple sandstone house where poet Robert Burns spent the last 3 years of his life contains relics, letters and manuscripts. The house is now a popular destination for a legion of Burns' enthusiasts, who can view original documents, including copies of the Kilmarnock and Edinburgh editions of his most famous work, 'Poems Chiefly in the Scottish Dialect'.

See the chair and desk that Burns used to write some of his last poems, and view family mementoes and personal belongings. The house has remained largely unaltered and retains much of its 18th-century character.

Among the personal items on display are a Holy Bible and a gold ring owned by Jean Armour Burns and a miniature portrait of Robert Burns that she kept in her possessions. One of the most peculiar items on display is a snuff box made from the wood of the bed where Burns died. There are several items used by Burns in his duties as an excise officer for Nithsdale, and a wax impression of his personal seal.

The building is worthy of note even without its links to Robert Burns. It was constructed between 1750 and 1775 of red sandstone rubble with ashlar quoins, and topped by a slate roof. It is harled on the gable end. The exterior may have been rendered on all sides originally, but this was removed during restoration in 1935. The house is a Category A Scheduled Ancient Monument.

Robert Burns moved into this simple dwelling in a Dumfries back street in May 1793 and remained here until his death on 21 July 1796. It was the Burns family's second house in Dumfries; they lived first at 11 Bank Street (dubbed by Burns the 'Sanghoose O'Scotland'). 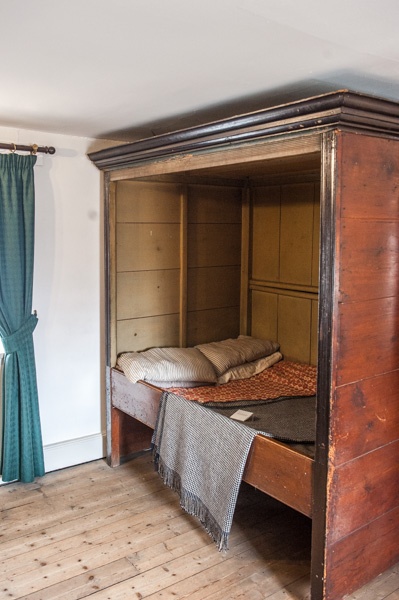 The bedroom where Burns died in 1796

When they moved in the house had a pair of bedrooms, a kitchen, parlour, and a small study where Burns did his writing. We know that it also had a carpet and a longcase clock in the parlour. Despite the failure of his farming venture at Ellisland Farm, the Burns family enjoyed a relatively good standard of living and were able to employ a maidservant.

The continuing popularity of Burns' poetry led to his followers sending gifts to the house such as barrels of oysters, game or produce.

It was in the bedroom on the first floor that Burns breathed his last at the age of just 37, leaving behind a prodigious catalogue of songs and poems.

Burns' reputation was so strong that within a few years of his death this simple sandstone house welcomed famous writers such as William Wordsworth (accompanied as always by his sister Dorothy), Samuel Coleridge, and John Keats. 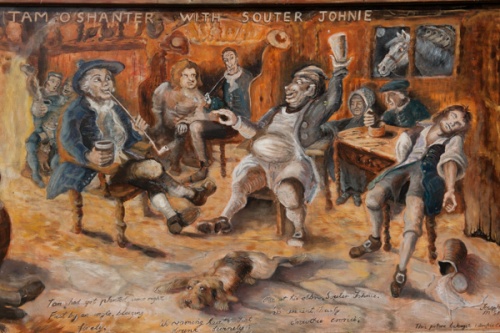 Across Burns Street from the house is a lovely rose garden commemorating the poet and his work. There are murals depicting scenes from several of Burns' most popular works, and rose beds in the shape of hearts echo the sentiment of an inscribed tablet with the works of 'My love is like a red, red, rose'.

At the top of Burns Street, where it meets St Michael Street, stands a larger than life-sized statue of his wife, Jean Armour. Across Broom's Road stands the church of St Michael. It was here that Burns was buried, and you can see the original site of the poet's grave and the elegant mausoleum that replaced it in the far corner of the churchyard. 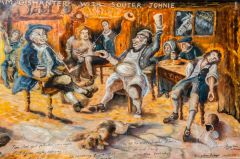 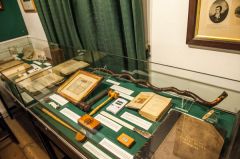 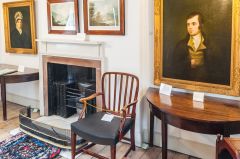 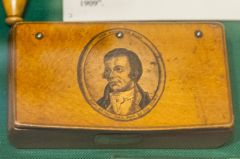 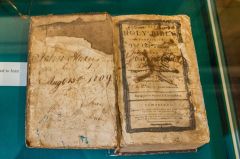 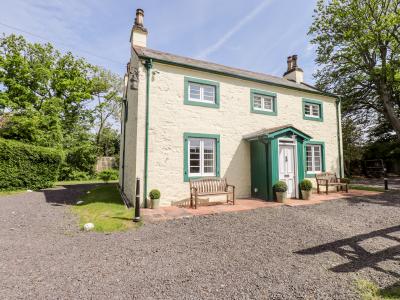 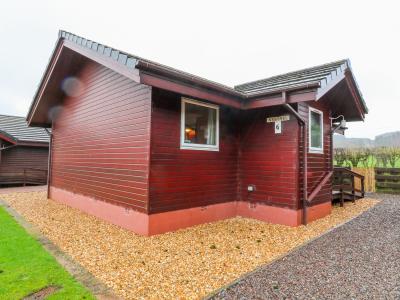 This welcoming lodge is situated on the outskirts of Dumfries, Scotland and can sleep four people in two bedrooms.
Sleeps 4