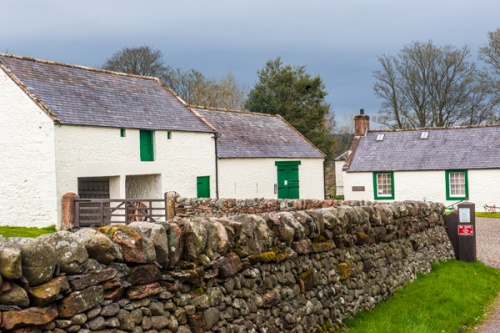 In 1788 poet Robert Burns built a home beside the River Nith for his wife Jean Armour. It was at Ellisland that Burns wrote some of his most famous works, including Tam O'Shanter and the song Auld Lang Syne. Ellisland Farm is considered the family's spiritual home by Burns' descendants. The farm includes the Burns' family home, farm buildings and 150 acres of farmland.

In the years leading up to 1788, Robert Burns had become an enormously popular literary figure. After several years of touring Scotland to promote his literary works, Burns was ready to settle down and lead 'a retired, domestic life'. He had also been training to become an Excise Officer.

One of his patrons in Edinburgh society was Patrick Miller. By happy coincidence Miller had purchased the Dalswinton Estate a few miles north of Dumfries at the same time as the post of Excise Officer for Nithsdale had fallen vacant. Miller offered Burns his choice of three vacant farms on the Dalswinton Estate, and Burns chose Ellisland, calling it 'the poet's choice', a place where he felt inspired to write. 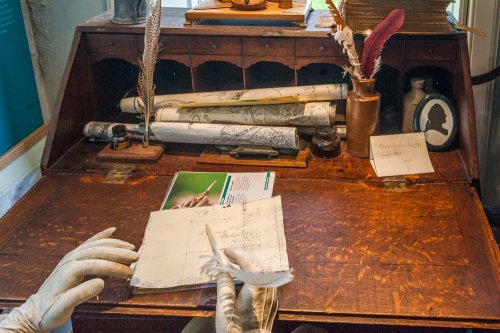 Miller gave Burns financial help (£300) to build a new family home and to get started in his farming venture. In return, Burns signed a lease for £50 per year. Miller was a keen advocate of agricultural improvements and part of the £300 was used to enclose some of the Ellisland fields.

Here by the River Nith Burns built a six apartment house described by visitors as a modest mansion. The farmhouse was constructed by a local architect named Thomas Boyd.

Burns took up the lease on Ellisland at Whitsun (the seventh Sunday after Easter) in 1788 and began farming on 11 June that year. The house was ready for Jean Armour and his son Bobby to move into in December 1789. Two further sons, Francis and William, were born at Ellisland, and Burns' illegitimate daughter Betty spent the first few months of her life here.

In Burns' day the farm included 170 acres and an orchard. Burns kept as many as 10 cows, four horses and some sheep. He made both cow and sheep cheese and you can explore the dairy buildings he used. 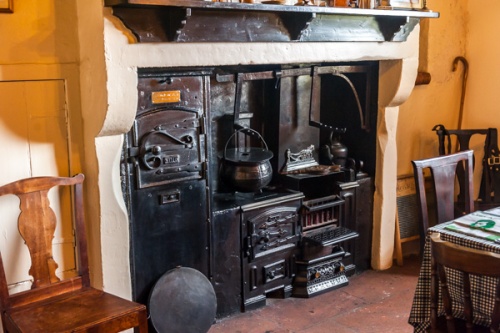 Unfortunately, the farming venture was not a success. Burns was able to get himself released from the tenancy lease in 1791 and from then on he focussed his attention on writing and on his job as an Excise Officer. Looking back, he called his attempt to farm at Ellisland a 'ruinous affair'.

After the Burns family left Ellisland it was let to another tenant and then sold to a farming family in 1805. Over the following century the owners kept two rooms as they had been during Burns' time at Ellisland and would admit visitors. The farm was purchased in 1922 by George Williamson, a fervent admirer of Robert Burns. Williamson gave Ellisland and its collection of Burns' memorabilia to the nation on his death in 1928.

Ellisland is a delight to explore. You can see the study where Burns wrote, including a large collection of personal items and literary mementoes. Burns wrote roughly 130 songs and poems while living here, about one-quarter of his lifetime's work. 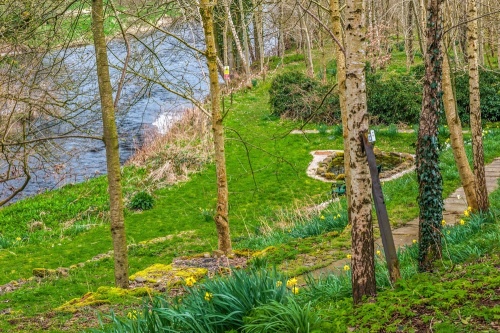 The poet's private sitting room is almost unchanged from his time at Ellisland. The farmhouse retains many original features, such as a kitchen range and oven installed by Burns. You can learn how Jean Armour used the kitchen and how the family lived and worked.

In addition to the farmhouse, dairy and other agricultural buildings you can also follow a delightful riverside walk where Burns often strolled. The Granary has been transformed into a museum telling the story of Robert and Jean's lives.

Ellisland boasts one of the largest and most important collections of Burns artefacts in the world.

Ellisland is extremely easy to reach. It is located just off the A76 about five miles north of Dumfries on the way to Auldgirth. 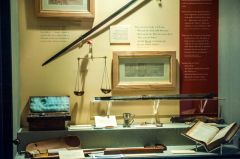 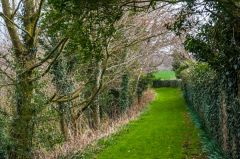 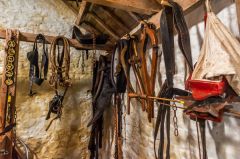 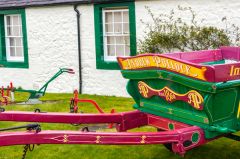 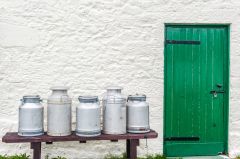 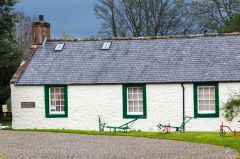 More self catering near Ellisland Farm

Self Catering near Dumfries