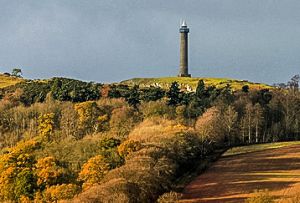 Waterloo Monument
The Waterloo Monument is an early 19th-century tower near Jedburgh built to commemorate the Duke of Wellington's triumph over Napoleon at the Battle of Waterloo. The tower interior is usually closed to the public, but the hilltop site offers wonderful views over the surrounding landscape.

In the final years of the Napoleonic Wars, William Kerr, 6th Marquess of Lothian, asked architect William Burn to create a monument to honour the Duke of Wellington's victories in the campaigns against the French.

It was not, at the time, meant to honour the final decisive victory over Napoleon at the Battle of Waterloo, for the battle took place a matter of days before the monument was dedicated on 30 June 1815. The monument stood atop Peniel Heuch, near the Marquess's home at Monteviot.

Perhaps Burn, most famous for his work on some of Scotland's most well-known stately homes, should have stuck to his house designs, for the monument collapsed after only a year.

Kerr did not ask Burn to design a replacement but called in a rival architect, Archibald Elliot to create a striking sandstone tower atop the hill. The tower took 7 years to complete and was finished in 1824, a year after Elliot's death. This time the tower was built in honour of Wellington's triumph at Waterloo.

The tower stands 187 feet high, with a viewing platform near the top, reached by a spiral stair that rises up inside the column. It shares the hilltop site with the remains of an Iron Age hillfort.

The tower interior is not usually open to the public, but it seems you can now get a key from the Lothian Estates Office at Bonjedward for a small fee.

The best, though not the shortest, way to reach the tower is to park at the countryside visitor centre at Harestanes, off the B6400, cross the road, and follow the signposted path to the summit of the hill. The visitor centre is open only during the summer months but the walk to the Tower can be taken at any time. The visitor centre offers information on walks in the Borders and other countryside activities.

About Waterloo Monument
Address: Jedburgh, Borders, Scotland
Attraction Type: Historic Building
Location: 3 miles north of Jedburgh on a footpath off the B6400. Park at the Harestanes Visitor Centre and walk. The tower itself is usually locked.
Location map
OS: NT653263
Photo Credit: Walter Baxter, licensed for reuse under the Creative Commons Licence

More self catering near Waterloo Monument >> 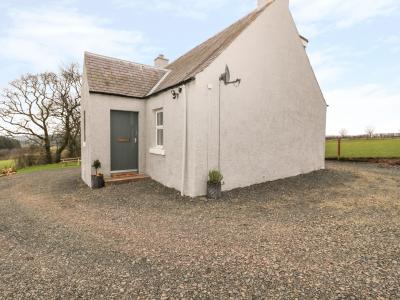 This detached cottage is nestled within the countryside bordering Jedburgh and can sleep four people in two bedrooms.
Sleeps 4 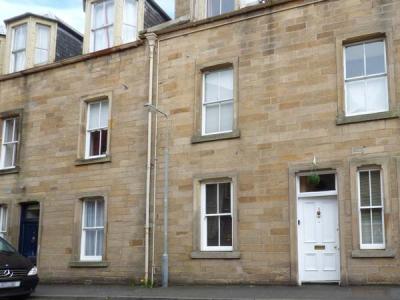 This is a lovely ground floor cottage apartment near the heart of historic Jedburgh, nestling in the beautiful Scottish Borders and can sleep two people in one bedroom.
Sleeps 2