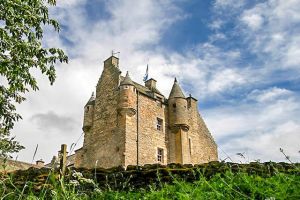 Ferniehirst Castle
Ferniehirst is the 16th-century ancestral home of the Kerr family, featuring grand apartments and a turret library, plus a museum of family history.

Ferniehurst was built in 1476 by Sir Thomas Kerr, in the style of a pele, or fortified tower. Sir Thomas chose a site high over the east bank of Jed Water. It is one of a string of similar fortified houses across the Borders, and has earned the nickname 'Scotland's Frontier Fortress'.

Ferniehurst's position in the turbulent Border region made it a focus for attacks throughout the centuries of often bloody conflict between England and Scotland. The English sacked the castle in 1523, but in 1549 it was retaken with the help of French soldiers.

The English were back later in 1549, and again in 1570, and once more the castle was captured. Ferniehurst suffered once more from the English in 1573, when Queen Elizabeth's army attacked the castle. Then in 1593, James VI had Ferniehurst torn down when the then laird made the mistake of joining the 1st Earl of Bothwell's rebellion against the crown.

The Kerrs remained in residence at Ferniehurst for 2 centuries, before the castle was allowed to fall into decay. It was used by the military during WWII, and as a youth hostel from 1934-1984. In 1986 Ferniehurst was restored and opened to the public.

Today it is mainly used as a venue for weddings and conferences, and to offer accommodation, but the house and its surrounding gardens are regularly open to the public on heritage open days. There are trails along Jed Water and up to a viewpoint on a nearby hill for wonderful views over the surrounding countryside.

Highlights include the Outer Hall, decorated with a historical frieze depicting events in the castle's long history, from the arrival of the Kerrs in Britain around 1066 to a feast in the great hall in 1598.

The great hall is the showpiece at Ferniehurst, with a large and very ornate fireplace as its focal point. Hand-crafted ironwork decorates the room, creating an authentic 16th century feel to the hall.

One interesting room is the Turret Library, a circular apartment set into the south-east tower. The Library has a richly carved and painted wooden ceiling, and displays books and family mementoes. Also on the property is a 17th-century family chapel.

PLEASE NOTE
The castle is open only occasionally to the public. Please check the official website for details.

More self catering near Ferniehirst Castle >> 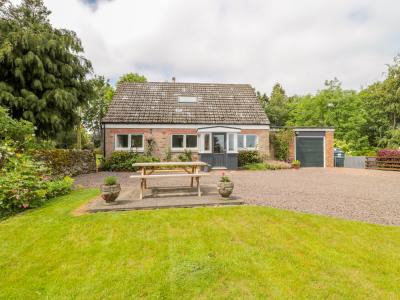 This farmhouse cottage on the outskirts of Jedburgh in the Scottish Borders region can sleep six people in three bedrooms.
Sleeps 6 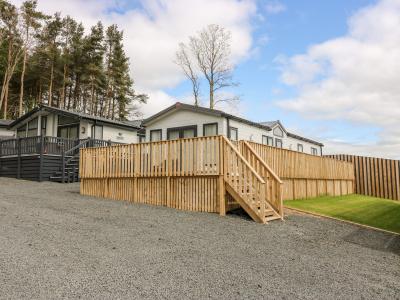