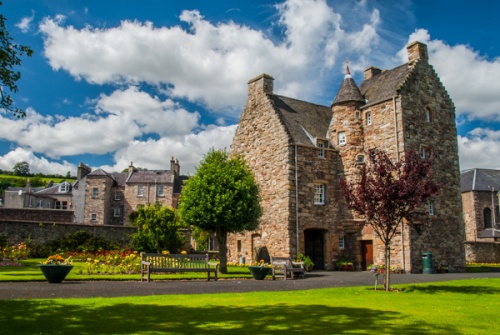 This 16th-century L-shaped tower house was visited and lived in by Mary, Queen of Scots in 1566. The ground floor kitchen is cobbled and barrel vaulted. See exhibits of engraved glass panels, paintings, documents and relics telling the story of Mary, Queen of Scots.

In 1566 Mary, Queen of Scots came to Jedburgh to preside over a Circuit Court. A 16th-century fortified house, or bastle, was provided by the royal burgh as a residence for the young queen. 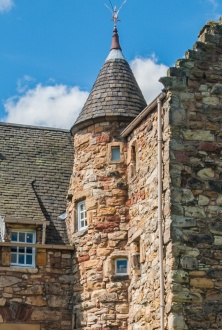 However, the headstrong Mary was about to upset the best-laid plans of her ministers. She heard that her favourite, the Earl of Bothwell, had been injured and lay wounded at Hermitage Castle, some 20 miles away.

The queen set out to make the arduous trip to visit the Earl. The journey back was beset with bad weather; the party got lost, and Mary arrived back at Jedburgh perilously ill, perhaps even close to death according to contemporary accounts.

She recovered, though only to face more trouble with rebellious nobles and eventual ouster from the realm. She later remarked, 'Would that I had died in Jedburgh'.

The attractive house where Mary stayed now stands on the edge of a public park, featuring an attractive pear tree garden. The house interior has been converted into a museum, telling the sometimes tragic and always fascinating story of Mary's tumultuous life.

One of the prize exhibits is a death mask; a cast taken of her face after her execution at Fotheringhay Castle in England.

The house is divided into separate galleries, each with a different theme. One of the most interesting is the Rogue's Gallery, covering the major figures in Mary's life and death.

The poignant Last Letter Room covers the final thoughts penned by the queen before her execution. Other exhibits display objects associated with the queen, including textiles and portraits. This is a fascinating museum, as fascinating as the story of Mary's life.

More self catering near Mary, Queen of Scots Visitor Centre >> 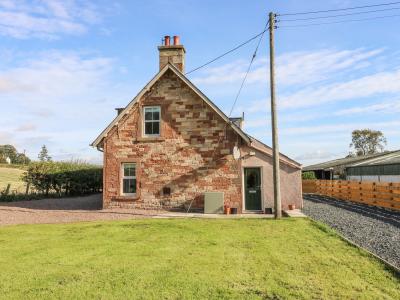 This detached cottage rests within the owner's working farm near Jedburgh and can sleep six people in three bedrooms.
Sleeps 6 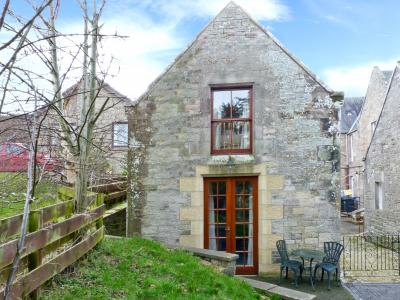 This detached cottage on the outskirts of Jedburgh sleeps two people in one bedroom.
Sleeps 2