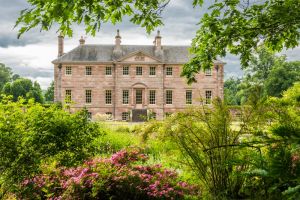 26 acres of grounds surround Mertoun House, built in 1703. Set within the walled garden is an even earlier 1677 house, now used as the gardener's cottage. Another historic highlight is a dovecote built in 1567. Mertoun stands beside River Tweed, in glorious Borders countryside near Melrose.

The origins of the Mertoun estate is unclear. The first written record comes from 1259 when Adam of Mertoun is recorded as a juror in a land dispute. The estate was at one time owned by the Abbey of Newbattle. In the early 15th century the Mertoun estate passed to William Haliburton through marriage. The Haliburton's probably resided in a fortified tower, or castle. That residence was burned by the English under the Earl of Hertford in 1545.

No records exist but it seems certain that the castle was rebuilt. The one remaining feature of this castle is a beehive doocot, built in 1576 according to the date carved over the doorway. If the date is accurate the Mertoun doocot is the oldest dated in Scotland. The striking doocot stands 9.1 metres high and measures 4.5 metres diameter.

The Mertoun estate was purchased by Sir William Scott of Harden about 1680. 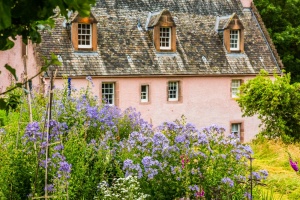 The medieval tower house was remodelled in 1677, again according to a datestone over the doorway. The tower was remodelled to become a rectangular building of two storeys plus an attic, with crow-stepped gables at each end.

Sir William's grandson brought in architect Sir William Bruce to design a new and more fashionable house to replace the 17th century house. Novelist Sir Walter Scott was a relative of the Scotts of Mertoun and visited the house regularly.

The estate was landscaped, the existing village removed, and the walled garden was then built to surround the 17th century tower, known now as Old Mertoun House. The much-remodelled tower house bace the gardener's house.

The estate was later sold to Viscount Brackley, who updated Mertoun House. The estate passed to his son John, who became the 6th Duke of Sutherland when a distant relative died without direct heirs. The Duke was forced to sell several valuable paintings to finance development of the historic gardens. In 1984 the Duke established the Mertoun Gardens Trust to maintain the gardens.

The gardens include specimen trees, probably planted when the house was built. There are colourful herbaceous borders, with azaleas and shrub roses in season. Trails wind through the garden, past an ornamental pond, to an arboretum and a walled kitchen garden, while lawns run down to the banks of the Tweed.

We visited Mertoun House Garden on an overcast day in late June. The garden is signposted off the B6404 near the turnoff to Dryburgh Abbey. There is signposted parking in a cobbled yard in front of old estate buildings. Signs direct you to the garden entrance and an honesty box for admission. Though a map of the gardens would have been useful it is not difficult to find your way around.

Within the Mertoun estate is Mertoun Kirk, built 1241. The kirk is only open by appointment and for regular services. 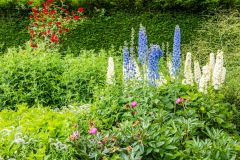 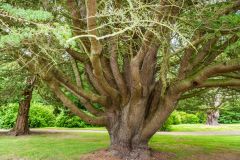 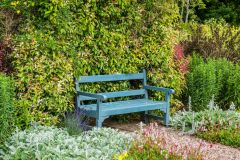 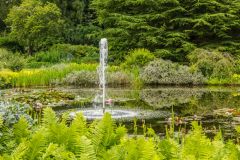 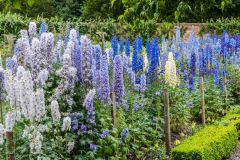 Isle of Skye Sunset, Waternish Prints
PUT THE BEST OF BRITAIN ON YOUR WALL

A stone bungalow set near St Boswells in the Scottish Borders, it can sleep four people in two bedrooms.
Sleeps 4 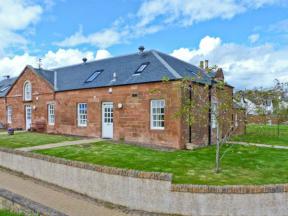