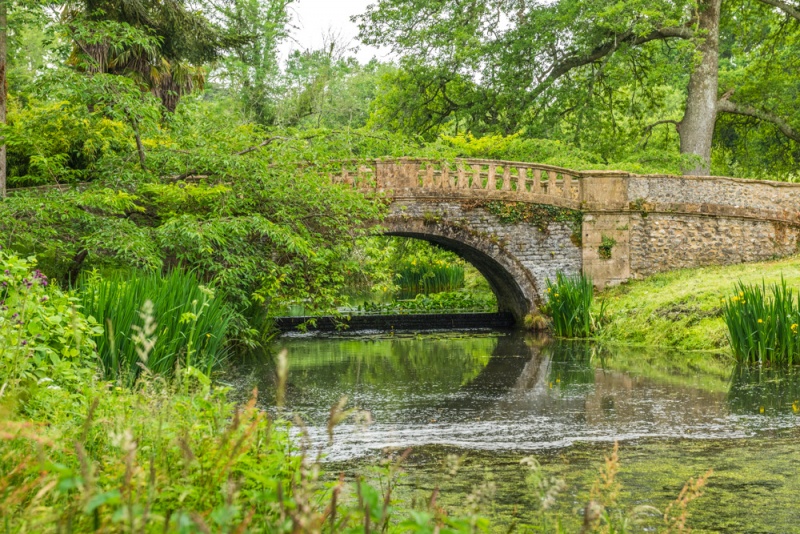 Minterne Gardens form a horseshoe below the house which has been the home of the Churchill and Digby family for centuries. A chain of ponds, waterfalls and streams plays through the gardens, with Himalayan Rhododendrons, magnolias, hydrangeas, cherries, elms and maples featuring. The garden offers displays of spring bulbs and lush autumn colours.

The story of the Minterne estate really starts in the medieval period, when the estate was owned by the Abbey of Cerne. When the abbey was dissolved by Henry VIII in 1539 the property passed to Winchester College. In the early 17th century the Churchill family purchased the estate, and in 1660 Sir Winston Churchill (no, not THAT Winston Churchill, but an ancestor) left it to his younger son, General Charles Churchill. 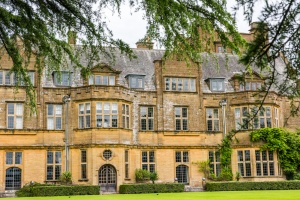 After the General's widow died the house was sold to Robert Digby of Sherborne Castle. Unusually, the sale included not just the house, but all its contents. That explains why one of the treasures of Minterne House is a set of tapestries owned by the Churchill family.

Robert Digby was not impressed with the house or its grounds. One of his first acts was to plant rows of trees atop the nearby hill to create a windbreak and make the valley into a more sheltered and welcoming place. Digby fought in the American Wars of Independence, and when he returned he hired many of his crew as labourers to help lay out the landscaped grounds we see today.

Though not designed by Capability Brown, the garden design and layout is very much in his style. There's a good reason for that; when Brown visited Sherborne Castle, Robert Digby would ride to meet him and learn everything he could about Brown's approach to landscape gardening.

Following Brown's advice, Robert Digby dammed a stream running through the valley below the house, and created a series of small lakes and cascades. Straight lines were softened, and trees carefully planted to create naturalistic vistas. Beyond the formal gardens in the valley bottom stretches a wild woodland garden.

The design at Minterne follows the shape of a horseshoe below the house and features a series of lakes linked by waterfalls and streams. The most famous feature at Minterne is a collection of colourful azaleas and Himalayan Rhododendrons.

Other highlights include maple trees, cherries, and a wide variety of rare and unusual trees. The garden is known for its superb autumn colours when the acers are a luxurious mix of reds, yellows, and golden colour. Walking trails wind through palms, cedars, and beech trees underplanted with colourful rhododendrons.

Most of the plants at Minterne were grown from seeds brought back by plant explorers who travelled the globe during the late 19th and early 20th centuries, returning to Britain with unusual and rare species. Among these are the Japanese cherries, brought to Minterne in 1920. 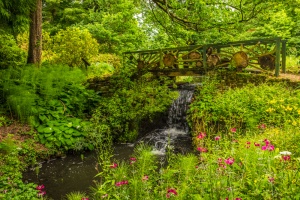 A footbridge passes over a small cascade

Though the major focus for visitors to Minterne is the gardens, the house itself is open to pre-booked group tours.

There is a signed parking area across the A352 from the house drive, opposite the lovely medieval parish church. When we visited there was simply an honesty box for visitors and a sign-in sheet for members of the RHS or the Historic Houses Association. From there a series of arrows direct visitors across the lawn beside the sumptuous mansion house, to the beginning of a circular trail through the gardens.

The thing that immediately struck me about Minterne Gardens was the excellent use of information panels, describing in detail each of the unusual Himalayan plants at regular viewpoints along the trail. The information panels are a delight, especially if you are knowledgeable about horticulture, with each species named and in many cases the history of where the plant came from and when it was planted. The panels create a green-thumb historical overview of the garden at regular intervals.

Here you can see the influence of Capability Brown, as sudden viewpoints open up and offer unexpected glimpses of focal points such as a stone bridge at the upper end of the route. I very much enjoyed visiting Minterne Gardens, and hope to return on a somewhat sunnier day! 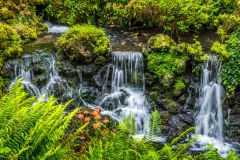 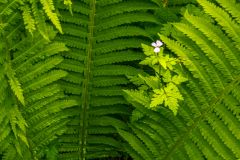 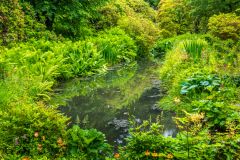 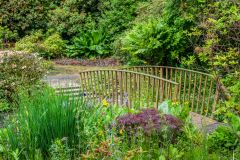 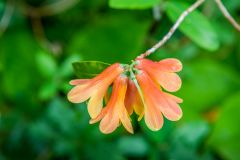 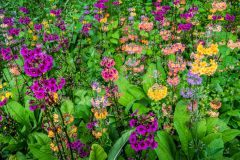 More self catering near Minterne Gardens >>