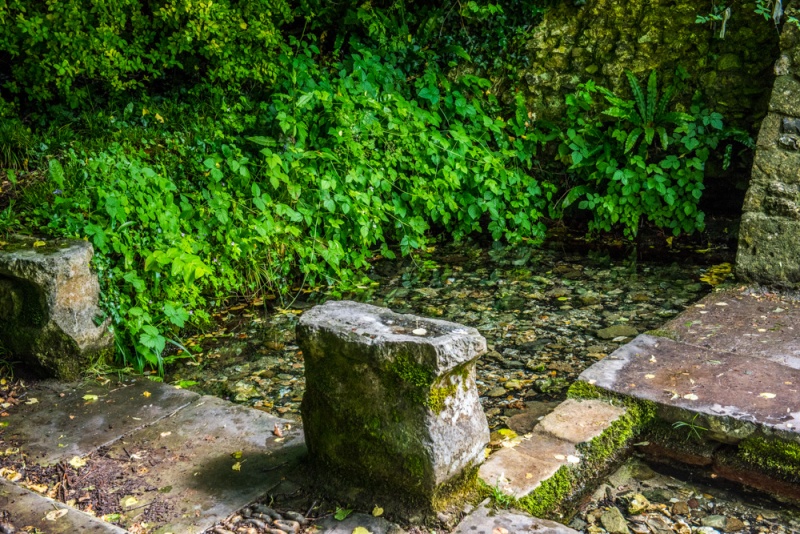 In AD 597 St Augustine arrived in Kent to convert the inhabitants to Christianity. He successfully converted King Ethelbert of Kent, then led a group of missionaries west along the English coast, into Ethelbert's outlying territory, into what is now Dorset.

Here we enter that mysterious realm where historical fact fuses with later fiction to create something that is neither complete fact nor complete fiction.

According to the traditional tale, the inhabitants of Dorset rejected his mission and mocked him and his followers. They drove Augustine and his companions away but were soon overcome by the saint's holiness and repented. 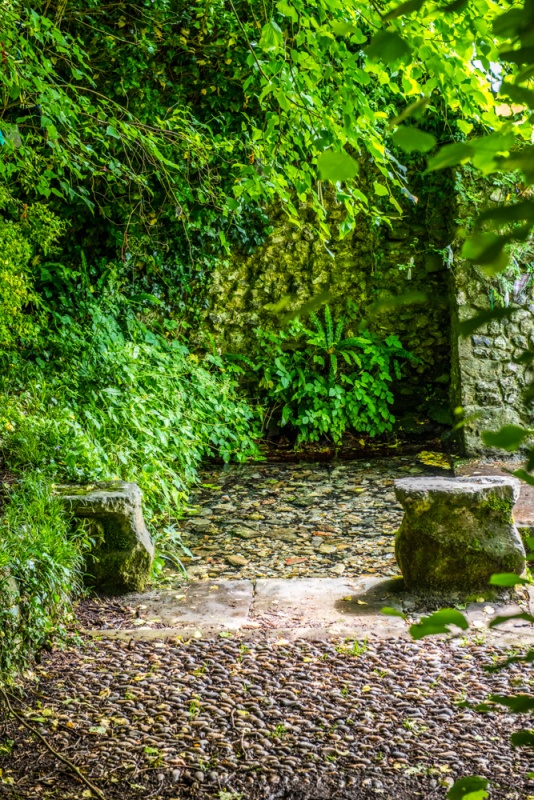 Looking down into the well

Augustine attributed their change of heart to Divine intervention, and named the place Cernel, meaning 'God's decision', or 'God's will'.

At Augustine's command a spring gushed forth from the ground, and he used the water to baptise his converts. The spring naturally became known as St Augustine's Well.

In the 9th century Edwold, brother of King Edmund of the East Angles, answered the call of a vision, in which he was told to travel to the Silver Well. When he arrived at Cerne he bought bread and water from a shepherd, giving the man silver pennies in exchange. The shepherd showed him the well, which seemed to Edwold to be the fulfilment of the prophecy.

There he set up his hermit cell and lived the simple life of a holy man until his death in AD 871. A century later, in AD 987, the Benedictine Abbey of Cerne was founded near the holy well.

A chapel dedicated to St Augustine was built over the well. This was later torn down and replaced by stone channels, leading the flowing water away to the south. Beside the well are stones from the ruins of Cerne Abbey, and the well is surrounded by lime trees, known locally as the Twelve Apostles.

Unfortunately, this narrative may be partly fiction, but which part? It seems that the story of Edwold may have been true but the tale of St Augustine was a later invention. In the 11th century, the monks of Cerne decided that they needed a more impressive tale of their origins, so they hired a hagiographer named Gotselin to create a history of the abbey.

Gotselin did his best, and came up with a story that St Augustine was travelling through Dorset when he came upon some shepherds. He asked them if they preferred to drink water or beer. The shepherds answered 'water', so he struck the ground with his staff and a spring burst forth. Another version of the story is that he had a vision in which he made the spring burst forth and cried 'Cerno El', or 'I see God', a pun on the ancient name of Cerne, which was Cernel. 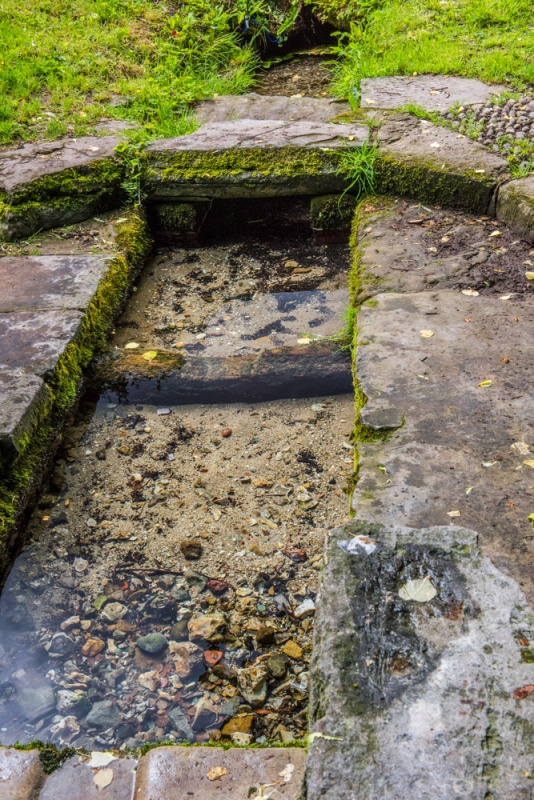 According to legend, the well has three qualities. It is a wishing well, a healing well, and can be used to tell the future. It was often used to heal sore eyes, and newborn babies were dipped into the cool water at sunrise.

Another story tells that if you look into the water on Easter morning you will see a reflection of all those fated to die in the coming year. Young women would pray at the well for a husband after drinking the water and putting their hands on a wishing stone. Married women would pray to become pregnant.

St Augustine's well is easy to find. Go up Abbey Street, past the church, and go through the gate into the burial ground beside Abbey House. The trail is signposted across the burial ground. It slopes down into a copse of trees, and the well is at the bottom of the dell. I've visited several times, and it truly is a magical place; the sort of place you want to linger, and sit quietly beside the slowly moving water.