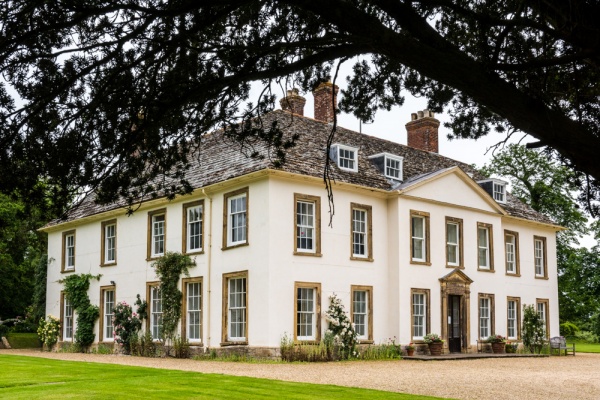 An attractive Georgian manor in lovely Blackmore Vale countryside, Stock Gaylard was built in 1714 for the Lewys family. The house is a symmetrical building of three storeys, built of rendered rubble under a slate roof. The house was extended around 1790, with later additions of two courtyards to the rear of the building.

The house faces onto extensive gardens which feature wide lawns edged with box hedges, herbaceous borders and specimen trees. To the east of the house is a large deer park, covering 80 acres, while to the north stands a historic dovecote.

Near the house is the medieval parish church of St Barnabas, which dates to at least the 13th century. Within the church is the tomb of a crusader knight, Sir Ingelramus de Waleys. During restoration work on the church, the dismembered remains of a body were found beneath the tomb, presumably those of the knight himself. 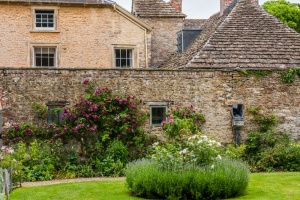 Stock Gaylard has limited opening hours, and only during in the summer months, so we were keen to take our first opportunity to visit. We came on a cloudy day in June and were met at the door by the owner. He told us that he and his wife take small groups around the house in turn, and, as it happened, there were just 3 of us on our tour. He chatted about the history of the house and how it was gradually enlarged over the centuries.

He pointed out how the large Georgian windows were set into an earlier house, and how the existing window spaces had to be enlarged to allow the new frontage to be symmetrical. We were shown around the entrance hall, sitting room, and dining room on the ground floor.

He pointed out how the large Georgian windows were set into an earlier house, and how the existing window spaces had to be enlarged to allow the new frontage to be symmetrical. We were shown around the entrance hall, sitting room, and dining room on the ground floor.

What really impressed me is that our owner/guide had such an obvious enthusiasm and love for the house and wanted to share that enthusiasm with visitors. He opened up a display case of family heirlooms and invited us to handle the historic items, including gifts given to an ancestor by Napoleon III during his exile in England. After the main family rooms we were led through a flagstone passage to the large kitchen, recently restored with help from English Heritage.

The kitchen was filled with historic pots, pans, and other odd implements, and had several painted hatchment boards on the walls. Hatchments are coats of arms displayed outside a house when a family member dies. Often they are displayed outside the house for six months before being moved to the local parish church. In this case, the hatchments had not been moved to the church but were found stored in an attic. The owners had them restored and hung on the kitchen walls for visitors to see.

After viewing the kitchen the owner took us into the rear garden where we examined the beautifully restored medieval dovecote, which is now more a picturesque garden shed and eye-catcher than a place to keep pigeons. We were then free to wander around the gardens and explore the lovely little church which stands just south of the house.

We thoroughly enjoyed our tour of Stock Gaylard. The tour was a delight, and the owner clearly enjoyed sharing his family home and its history with visitors. Unfortunately, we were not allowed to photograph inside the house, but hopefully my photos of the exterior will help convey just how attractive this lovely historic house really is. 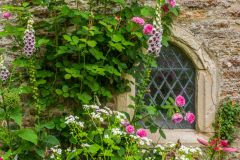 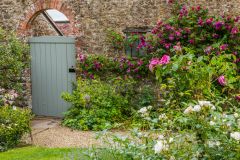 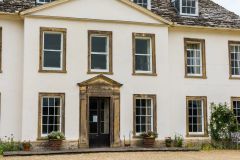 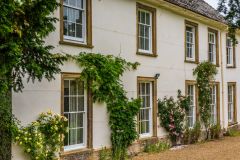 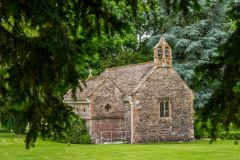 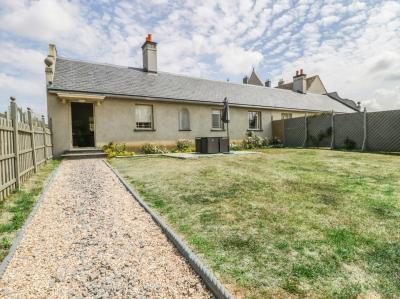 This charm-filled semi-detached cottage is situated near the town of Sturminster Newton and can sleep four people in two bedrooms.
Sleeps 4 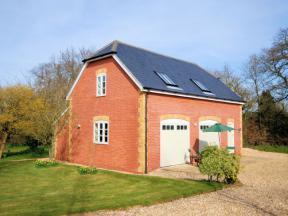 This property is located just one mile from the town of Sturminster Newton and yet enjoys a quiet location surrounded by fields. This pretty market town sits on the River …
Sleeps 4