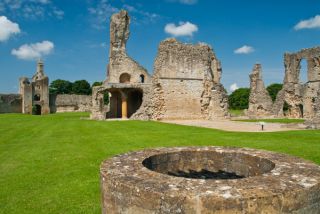 Sherborne Old Castle is a 12th-century castle built by the Bishop of Salisbury. The castle was later seized by the Crown and was briefly the home of Sir Walter Raleigh. The castle was besieged by Parliament during the Civil War and subsequently slighted to prevent further use.

In the early years of the 12th century Roger de Caen, Bishop of Salisbury, built a castle outside the ancient town of Sherborne, set in the middle of a large deer park. De Caen was one of the most powerful men of his age, serving Henry I as Chancellor and Justiciar, and governing England on the king's behalf when Henry was abroad in Normandy.

But the Bishop made a fatal mistake when he threw his support behind Empress Matilda in her bid to claim the crown after Henry's death. King Stephen seized Sherborne Castle and all the Bishop's estates, and for the next 2 centuries the castle remained a royal fortress.

Various Bishops tried to reassert their claim to Sherborne over the years, to no effect. In 1354 the castle was granted to the Earl of Salisbury, and Bishop Wyville was so incensed by the gift that he threatened to meet the Earl in single combat if necessary to retrieve the castle.

Thankfully combat was not necessary, and a compromise solution was reached; the Bishop would pay the Earl a lump sum and the title to Sherborne would be passed to the Bishops of Salisbury once more. 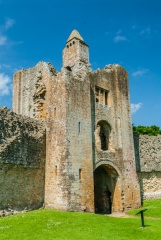 The Bishops retained Sherborne until 1592 when it was leased to Sir Walter Raleigh, the famous sea captain, explorer, and fading star of the Elizabethan court. Raleigh began a programme of modernisation, attempting to turn the early medieval castle into a comfortable residence, befitting a noble gentleman.

The challenge -- and the expense -- proved too great, and Raleigh instead opted to build a completely new Sherborne Castle a short distance away. The medieval structure became then the 'Old' castle. Raleigh loved Sherborne, and his ghost is said to wander the grounds on St Michael's Eve (29 September).

Old Sherborne Castle was abandoned, and allowed to decay, until the onset of the Civil War made it once more a military stronghold, at least briefly. Royalist troops held the castle, and a Parliamentary army under Sir Thomas Fairfax had to besiege it for 2 weeks before the garrison was forced to surrender. Parliament decided to 'slight' the castle to prevent it being used against them again, and the medieval walls were torn down.

The castle that we see today is largely a product of the 12th century. The ruins consist of an inner bailey surrounding residential quarters in the form of a quadrangle. Outside this is a large outer bailey in an octagonal shape, defended by a ditch and a curtain wall.

The curtain wall is defended by 5 flanking towers. It is fascinating to realise that the concept of a mural tower was quite revolutionary in Bishop Roger's day, so what we are seeing at Sherborne is advanced military architecture.

The best-preserved tower is the main gate tower in the south-west corner. Inside the inner quadrangle, the foundations of a square stone keep can be seen. On the north side are the remains of a chapel built over a vaulted undercroft. There was originally a great hall opposite the chapel, but this seems to have been pulled down by Sir Walter Raleigh in an attempt to create a fashionable Elizabethan E-plan layout.

The Old Castle is well signposted from Sherborne. In fact, you could walk from the town centre if you're feeling energetic. The ruins are quite extensive, giving a glimpse into the splendid castle that the Bishops of Salisbury would have enjoyed. 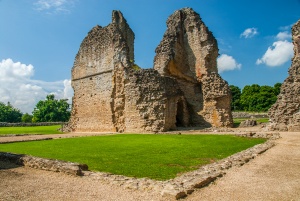 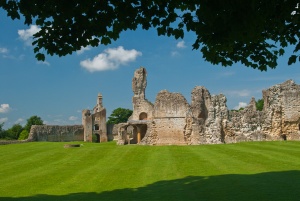 Looking across the outer bailey 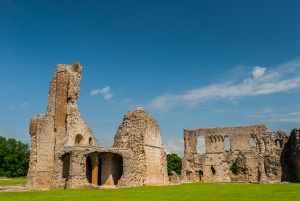 Buildings in the inner quadrangle 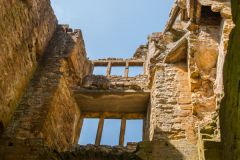 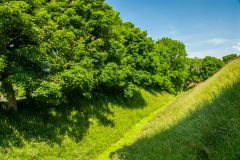 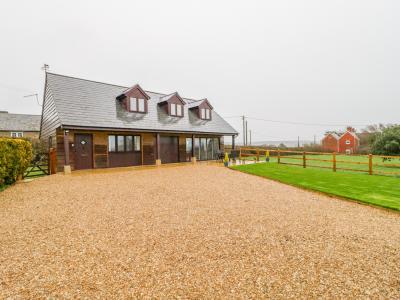 This detached property rests on the outskirts of Sherborne and houses three bedrooms, sleeping up to six people.
Sleeps 6 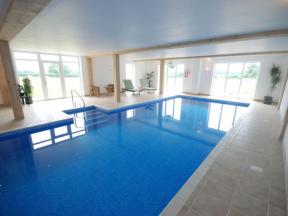 This property is located in the beautiful mid-Dorset countryside only half a mile from two village pubs and a convenient village shop. The rural location is perfect for those who …
Sleeps 4