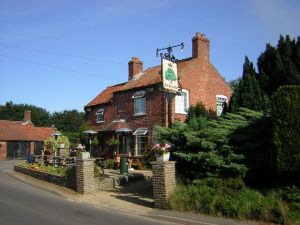 The Hall passed to the Neville family in the 17th century and is still owned by the family. Since it remains a private dwelling it is not usually open to the public, but the Hall does host regular garden open days throughout the summer months. Groups can also arrange private garden tours by appointment.

The tiny parish church of St Peter stands near the Hall. It dates to the year 1200, with even earlier foundations. The church was once much larger, but when a new Victorian church was built, only the chancel of the old building was left standing. The foundations of the old nave, tower, and porch can still be seen in the churchyard.

In a curious twist, the new Victorian church was not as well-built as the medieval church, for it was declared unsafe by 1968 and used as a mortuary. The original medieval church was restored and now serves as the parish church for the community once more.

The village pub is the Royal Oak, a traditional country pub housed in a pretty 16th-century building, with dark-beamed ceilings and a fireplace to warm winter nights.

The village takes its name from a combination of words meaning the stream where alders grow. The village is laid out along the River Witham, which used to create a flooding problem, but flood defences were erected after WWII to minimise the flooding risk. 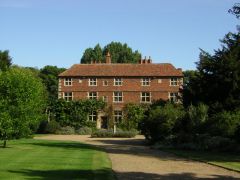 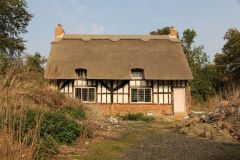 More self catering near Aubourn >>

More bed and breakfasts near Aubourn >>