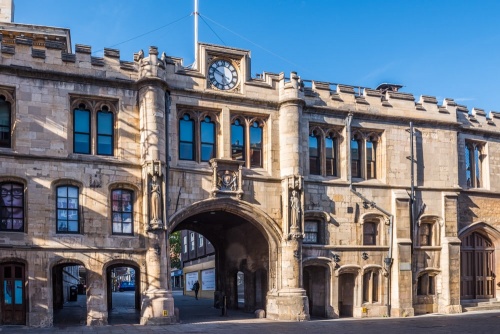 A real Lincoln landmark, this lovely Tudor building is situated above the Stonebow arch, where the southern gate to the old Roman city once stood. The Guildhall was finished in 1520 and is the official home of the Mayor of Lincoln. The Stonebow replaced the Roman gateway at the southern extremity of the colonia, or Roman town. The name 'Stonebow' comes from 'stennibogi', a Norse word meaning stone arch.

Of particular note is the south face, adorned with lovely carved statues and grotesques - carved heads of mythical beasts and strange creatures. The 'mote' bell, struck in 1371, is still used to signal council meetings. 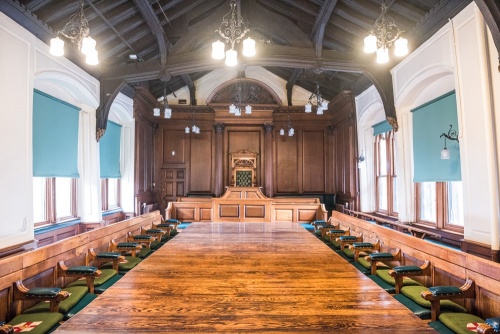 The old debtor's prison on this site has been turned into the Civic Insignia Room, which houses a variety of historic civic treasures, including a sword given by Richard II and Charles I's mace of office. Regular guided tours are available.

In the medieval period, the Lincoln guilds met here to administer Lincoln's city government. This 'guild government' was called the burwarmote. This quasi-trade body was then replaced by a city council. For many years the city gaol was located at the Guildhall, with dungeons for felons, and a small debtor's prison at street level.

The Guildhall is open for regular free tours on specific days throughout the year. Tour days and times are posted on a notice board outside the entrance and on the official website.

Our tour took in the main council chamber, with the mayor's seat and the long table around which councillors sit. At one end of the council chamber is the bell-pull, which we were allowed to have a go at ringing the mote bell. 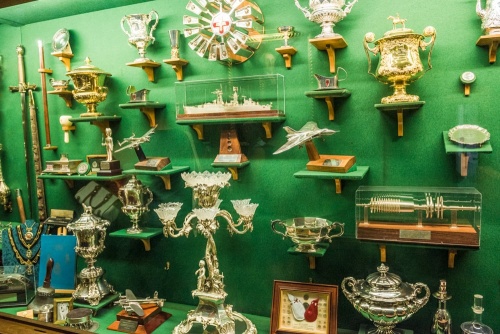 Adjoining the council chamber is a small parlour at one end and, at the other, a robing chamber with photos of previous mayors and robes worn by civic officials. At ground floor level is a secure chamber where civic regalia is kept. This regalia includes several medieval swords, and a ceremonial mace born by the mayor.

Our tour guide was exceptional; entertaining and informative in equal measure. I can't think of a better free tour experiece anywhere in England than our tour of the Lincoln Guildhall. 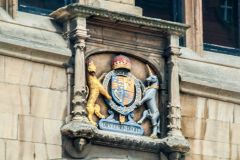 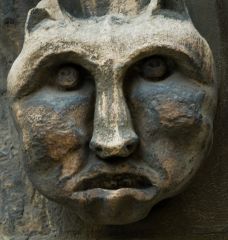 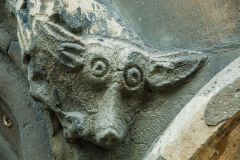 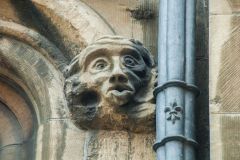 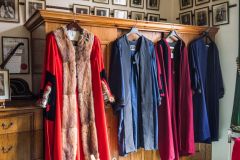 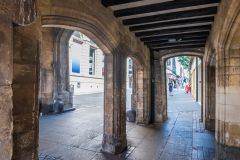 More self catering near Lincoln Guildhall