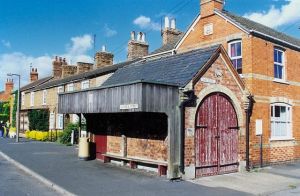 The old fire station in Billingborough

Billingborough is a village of about 1000 inhabitants on the edge of the Lincolnshire Fens about 10 miles from Sleaford and an equal distance from Bourne. There was Roman occupation in the area, which apparently gets its name from the post-Roman Saxon tribe named 'Billings', though another theory holds that it is based on the Saxon word for a fishery.

There is a natural artesian spring in the centre of the village, and it may have been this fresh supply of water that attracted the first settlers, perhaps the owners of the Roman villa on the edge of the current village.

The village church of St Andrew has an impressive spire and is mainly 14th century with later Victorian restoration. The 15th-century clerestory makes the interior light and spacious. The tower is 14th century, while the south aisle and doorway are 13th century.

The oldest building of note is the Old Hall, built in the Tudor period, with 18th and 19th-century additions. The Town Hall began as a residence for the Toller family, who used stones from nearby Sempringham Priory after it had been suppressed by Henry VIII. Sempringham served as a prison for Gwenllian, daughter of Prince Llewellyn of Wales, after she was captured by Edward I in 1283.

Another historic building is 17th century Buckminster house, named for the Buckminster family, who were lords of the manor at Billingborough until the 14th century. The De Burton family lived here from 1669 until it became a children's home in 1913.

A popular local gathering place is the Fortescue Arms pub, dating to at least the 18h century and offering a traditional village inn atmosphere and food. 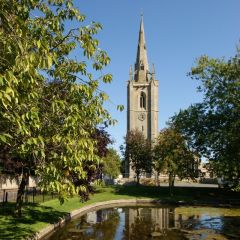 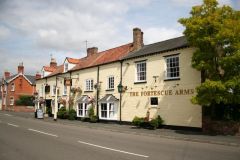 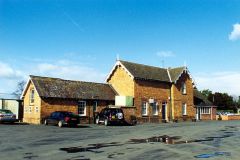 More self catering near Billingborough >>

More bed and breakfasts near Billingborough >>