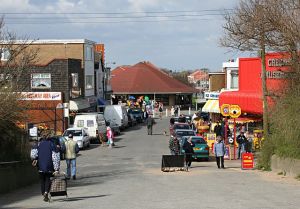 A sizeable village located on the seashore just north of Skegness, Chapel St Leonards is a centre for family seaside holidays, with a number of caravan parks and seaside amusements. The area is blessed with long stretches of sandy beaches. Nearby attractions include the historic house of Gunby Hall and Alford Five Sailed Windmill.

One local attraction is Chapel Point, to the north of the village. The area was used as part of the WWII coastal defences, and the viewing platform and gun emplacement have been restored. The area around Chapel Point is very popular with birdwatchers for its large population of migrating birds.

The village was historically linked to Mumby; indeed the name of the village comes from a medieval chapel established at Mumby and dedicated to St Leonard. The parish church is also dedicated to St Leonard and began as a chapel of ease to the main church at Mumby. It was established in the medieval period and rebuilt after flood damage in 1572. The unique feature of the church is its red-tiled tower, the only one on Lincolnshire.

Look for the wide rise of ground at the top of the main shopping area known as the 'pullover'. The term comes from the time when goods were unloaded from ships drawn up on the shore. The cargo was loaded into horse-drawn carts, but an extra horse was required to pull the cart over the sea bank, so the area became known as a 'pullover'. 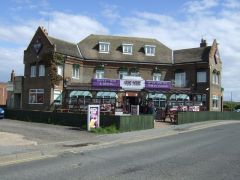 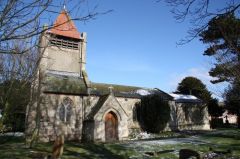