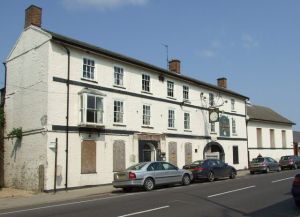 Donington is a small village located 8 miles from Spalding, on the A152. Donington is the birthplace of explorer Matthew Flinders and a statue to Flinders stands in the marketplace, near the site of his birthplace.

This delightful medieval church boasts a superb 14th-century spire rising to 240 feet. Look for a 13th century stone chair in the chancel. The font is 14th century and the nave arcades are 15th century.

In the church is a memorial to Matthew Flinders, who charted the coastline of Australia and became the first man to circumnavigate the Land Down Under. Flinders was apparently inspired to launch a nautical career after reading Robinson Crusoe. There are several Flinders family graves, including that of Matthew's brother Sam, who accompanied him on his voyage and survived him.

A statue to Flinders stands in the market place. Flinders was born in Donington in 1774, in a house on the market place. The original house is now gone, but the house that stands on the site has a blue plaque honouring Flinders. Flinders joined the navy in 1789 and served under Captain William Bligh of Bounty fame. 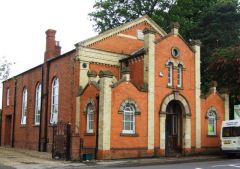 More self catering near Donington >>

More bed and breakfasts near Donington >>